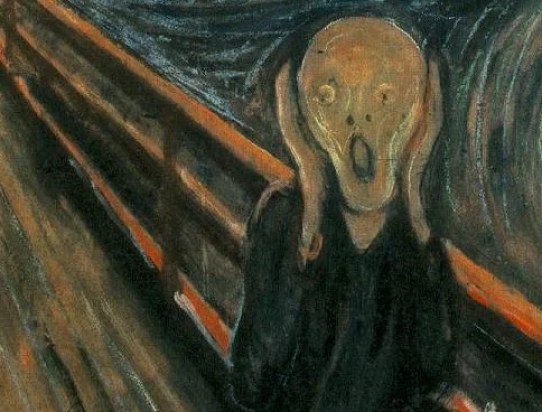 I didn’t get much rest in the past few weeks. The use of fear as a shock collar and instigator is keeping me awake and chaffing me raw. My disgust for this administration and any agency that creates and wields fear to extort control sickens me.

I’ve been mulling this over for several months. I call this new medical passport the Wuhan Rider. I hold a US passport for obvious reasons – the same reasons as most people. Now the Wuhan Rider will limit our mobility, not only in America but in every town and village throughout this world. It will even impact our ability to visit places of business and the workplace. It is a violation of our freedom.

I’ve had a reasonable interest in history all my life insisted that there are direct correlations to our times. I learned about the importance of history early in life and especially in primary school, where I was encouraged by passionate teachers who instilled the desire to know, understand, and apply these lessons.

I began my interest in quotations about 50 years ago. I learned the reason we capture these incredible thoughts is because of their applicability. The relevance of these quotations struck me after reading the 1905 quote by George Santayana; “Those who cannot remember the past are condemned to repeat it.”

Whiston Churchill paraphrased this sentiment in 1948 when he said… “Those who fail to learn from history are doomed to repeat it.”

The propriety of this comment is a testament to their understanding of the purpose of history in our lives. Otherwise, why bother recording or learning about these occurrences.

I see a tableau of the past (was), present (is), and (could be) future of our country. The IS troubles me the most when reviewed. I appreciate the mistakes and accomplishments of the past and their rationale. I’m really struggling with the present state of this country through history’s lens.

This idea struck me like a bolt of lightning. Obviously, I survived, but the impact was powerful. As I learned more about history, I began to see parallels with past civilizations. I began to understand the impetus of the statement and the implied warning.

We must be cautious not to view the past through the lens of the present. We must appreciate and examine the circumstances of that era to grasp the impact. Discussing the intent or the Declaration of Independence with a 21st-century awareness diminishes the depth and breadth of the act itself. Quibbling over the meaning of the word men in the 18th versus the 21st is ludicrous.

Fear is an enormously powerful motivator. When humans realized fears potency, it became the preeminent weapon of tyrants and the totalitarian governments they institute. Read history and see how fears’ integral role is in nearly every decision made especially the aggressive and provocative ones.

Of course, there are a few exceptions, very few. Ancient Greece and America come to mind immediately, but those instances were not conflict-free. It took sacrifice and dedication to overturn the status quo to create a better tomorrow.

Jefferson wrote: “The tree of liberty must be refreshed from time to time with the blood of patriots and tyrants.”

Even nationalism – tribalism – is a form of totalitarianism based on fear, strength, and control: xenophobia!

Specific identifiers are millennia old. They show allegiance to a tribe or group. Tribal markings, like tattoos, date back to ancient Egypt to 5000 BCE. Probably the most heinous are the tattoos used on the Jews. These numbers identified and tracked the incarceration and slaughter of around six million undesirable and Semitic people. 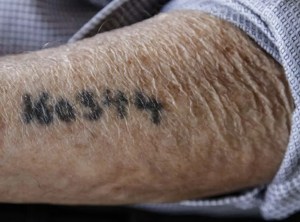 They initially wore labels and tags, but this became unwieldy as the death toll rose and markers disappeared. Tattoos were permanent.

These tattoos improved processing efficiency making it easier to categorize and sort the camp dwellers into work parties and specialty assignments.

King Henry V gets credit for the first formal passport in England circa 1836, but the League of Nations made them official in 1920 in the post WWI era.

I don’t insinuate that the Wuhan Rider will be that sinister initially, but considering the depth and the lengths the Medical Nazis have taken so far, it wouldn’t surprise me.

The initial reaction to the pandemic is understandable and justifiable. Mortality estimates for the 2020 pandemic exceeded the 1918 Spanish flu pandemic that infected an estimated 500 million people in four waves.

That’s one-third of the world’s population, killing an estimated 50 million people by its end in 1919.

Those are the ones they counted. Many countries didn’t track mortalities or had no way to discern the causes. 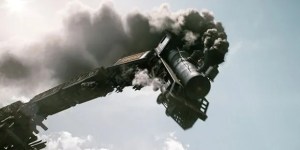 With the Spanish Flu Pandemic as the measure and predictor, the assumed virulence and severity of the Wuhan variant, the initial actions seemed appropriate.

The arrival of the Wuhan Virus was a stroke of luck for the Democrats, who faced a tough presidential contest later that year. This surprise visitor became the weapon of choice for this partisan tournament of lies, innuendos, misinformation, disinformation, and media bias.

They even enlisted private social media and other corporations as censors and arbiters of truth. Nothing is sacred, and nothing went unadulterated.

While one side fought to identify, contain, and cure the virus, the other capitalized on it and attacked. The unsuspecting and terrified citizens are caught in the crossfire.

The Wuhan Virus became a weapon of FEAR. No one knows how far back into 2019 the misdirection started, but the war of fear began in earnest as the pre-election frivolity commenced in 2020.

Since the election, the fear-mongering has only increased. The result is that the federal government has stripped state and individual rights through executive orders and mandates. They have weaponized the Wuhan Virus.

The Spanish flu of 1918 is a fascinating mirror of the Wuhan plague we’re facing, although significantly lower death rate. Funny how history repeats.

But that’s where the parallel ends. The government of the day didn’t use their pandemic as a terror weapon. It was bad enough that innocent people died horribly from an invisible killer rampaging through the country.

So far, the Wuhan Virus has claimed 615,000 Americans, but we’re only now facing our second wave. Although the loss of life is tragic, the loss of our freedom is an abomination.

America has lost an untold number of businesses. They will never open again. We’re subjected to mandatory lockdowns and lockouts, restrictions that impinge on our fundamental rights to congregation and worship.

President Trump’s administration created a practical set of vaccines and basic first steps to combat Wuhan. The new president took credit, blaming the past administration for the pandemic and the subsequent devastation of the economy and the country.

Amid all this confusion arose the Uber Powerful Medical Nazis. Their clever use of misinformation, disinformation, expertly placed terror reports in the mainstream media keep the sheeple off-balance and guessing. They murdered science in a trial by ignorance and executed it by proxy.

The incoming administration, the Biden Königreich, promptly obliterates past policies, institutes a program that pays people to stay home and not work. He takes credit for creating a million jobs no one wants since they pay less than staying home, increasing unemployment rolls to unspeakable numbers, and amassing an astronomical $28 TRILLION national debt.

The Dummycrat Congress and their königreich cronies plan to add trillions more to keep the Wuhan Express rolling along.

Education took a direct and massive blow in the reconstruction of der Königreich’s America. They introduced a tool called Critical Race Associated Practices (CRAP), aka Critical Race Theory (CRT) – where we judged everyone by skin color, not character. It maintains that America is systemically racist and that it is all caused by the white race and discounts the contributions of all others. This is pure bullshit!

Now approaching a rebound, the country demands the return of our liberties. Several states have returned to normal with few ill effects. It is still wise to be cautious – which is a PERSONAL DECISION!

Some just don’t know which way to turn because the duplicitous, deceitful, and deceptive campaign continues.

The latest solution to the Wuhan Pandemic teeters between the return of the shutdowns, mandatory vaccinations, and some blend.

Unfortunately, many corporations that benefit from the recent spate of government overspending are falling into line, demanding that their employees are vaccinated and don compulsory masks before resuming their jobs. Noncompliance is NOT acceptable.

The der Medizinische Nazis have so confused everyone by obscuring the science and truth with a barrage of lies and unsupported suppositions. 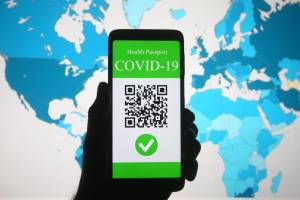 The final straw is the Wuhan Passport – Rider. To be shown upon demand to obtains services and passage in what remains of America.

The plot to control America thickens. Several New York City restaurants refuse service to anyone without a Wuhan Passport. CNN and other corporations fired unvaccinated employees.

So much for freedom of choice. 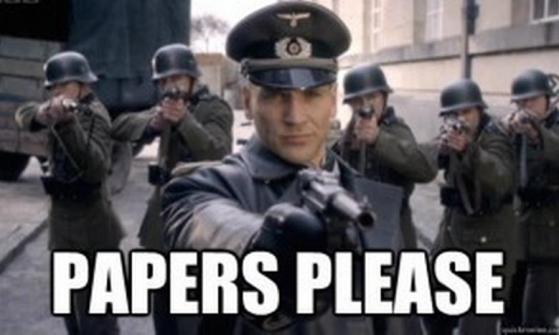