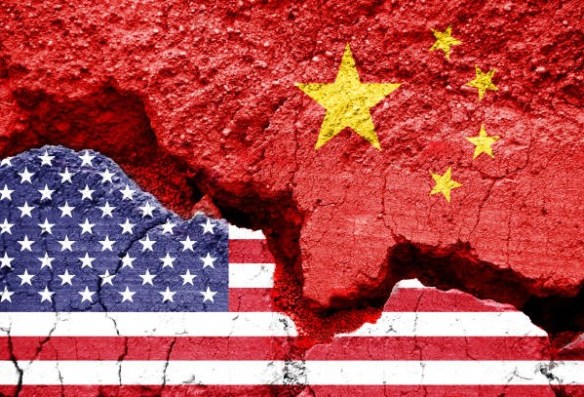 In 1966 an experimental musician named Frank Zappa recorded Freak Out, the first of many albums. This recording contains a cut called – The Return of the Son of Monster Magnet. It’s here – if you dare sample it. Like I said – experimental.

This recording has nothing to do with this post, except I realized a variation of the title would make an excellent post when I awoke this morning. Only a few old-fart musicians will appreciate the simile.

Another Cold War is just what America needs right now.

When D.J. (Donald J Trump) took office in 2017, Merka was in the shitter. We had Mr. Unity B.O. (Barak Husein Obama) tearing the country apart at our racial and social seams. Things looked bleak for Merka. Fortunately, we still had the war in Iraqistan and a few minor skirmishes to float the economy and distract us from the political shenanigans in the Swamp.

You should all know about the incestuous relationship between Merka’s Economy and the MICC (Military-Industrial-Congressional Complex) – I hope you do!

Here’s a visualization of that debt today. 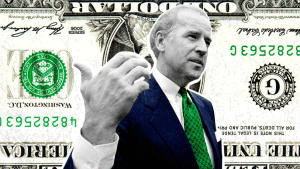 You don’t need to be a post-doctoral economist to recognize that our country has a problem dealing with money. It does, however, require a Ph.D. Economists to rationalize this problem.

When we need more money, we simply print more, which sounds like a great idea, but it deflates its value and inflates prices for everything because there is more money in circulation.

The national debt is not the point of this post. I merely want to highlight our long-standing accord with fiscal irresponsibility and how it has dominated our decisions since 1945. Particularly our shameless contract with war or the threat of war as a financial solution to all our problems. Face it, folks; there is no money in Peace!

D.J. worked tirelessly to Make America Great Again (MAGA), basically self-sufficient and independent. That was the intent all along, at least since 1776. He brought back our self-respect and much of our financial stability in a short few years.

DJ is a businessman, not a politician. He’s an abrasive robber-baron used to having his way and speaking his mind. He is an exceptional leader, like most billionaires. So to quote my friend Frank: “If you want nice, buy a puppy.”

So far, there’s no impact on the MICC, and the economy is booming. Merka is 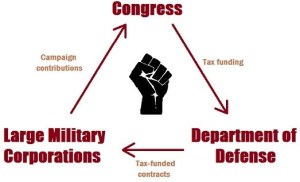 recovering. The most significant external test D.J. faced was with our two arch-enemies, Russia and China. He took a firm stance, and peace through strength worked.

In reality, either way, this goes, peace or war is good for the economy. The point here is that a respite is preferable to no respite since the inference of conflict still strengthens the economy due to our war contract with the MICC.

Who would you respect more: A remotely sentient, cognitively bewildered old man, or a man that speaks his mind and will not be bullied or back down? We’re talking about leadership by example, not decree. Ok, that’s not really fair, but this is a cruel country, and the partisans don’t play fair, either. Again, see Frank’s remark. 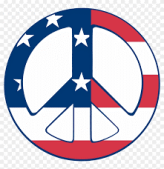 “Peace through strength” suggests that military power can help preserve peace. It involves deterrence through mutually assured destruction. It is an old colloquial phrase that many leaders have used, from Roman Emperor Hadrian in the second century A.D. to former U.S. president Ronald Reagan in the 1980s. The concept has long been associated with realpolitik.” (Wiki).

As clumsy and archaic as this sentiment and premise are, it works. America was seen as the world leader, and from that position, we had the opportunity to make significant world advancements. Today we are sitting at the kids’ table for the family Thanksgiving gathering.

The Cold War began with the Truman Doctrine (1947) and ended officially in 1991 with the dissolution of the Soviet Union. However, our autocrats kept it on life-support through subsequent decades. It reawakened this year when Bungles the Clown took the throne. We should have pulled the plug at the start of The New Millennium, but Hindsight is always 20/20.

It’s noteworthy that the revival of the tensions between China, Russia, and Merka only rekindled with Bungles the Clown’s administration. It didn’t take long for these two superpowers to perceive that Bungles the Clown had vastly overstated his skills as a master of international politics and foreign relations. His abysmal negotiating and imaginary ambassadorial abilities were immediately apparent as he De-Trumped Merka. 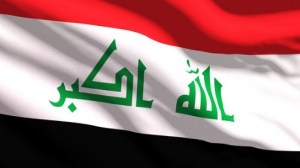 The proof was the botched withdrawal from Iraquistan. It was perfect confirmation for our adversaries. The coup de gras was the cancellation of Keystone XL and the approval of the Nord Stream pipelines.

I cannot neglect the Border Wall at $5 Million a day to pay contractors NOT to continue construction even though the materials are paid for entirely. So far, that’s a $1.7 Billion in additional deficit.

The icing on the cake is the havoc in Merka. Rampant inflation and the empty promises of beating the pandemic are the sparkly decorations on the cake. Bungles the Clown’s plummeting approval rating doesn’t help much either.

Bungles the Clown inefficaciously reduced our exposure to the Taliban and ISIS in the Middle East, moving them back in the adversarial queue and advancing China and Russia to the front of the line.

Bungles the Clown is working on his teleprompter and reading skills. He can’t do much about falling asleep during summit meetings, forgetting the names of world leaders in the same room, or allegedly shitting his pants during an audience with the Pope! This is how the world and our arch enemies, the other superpowers, see our leader. It is how they view us as well. 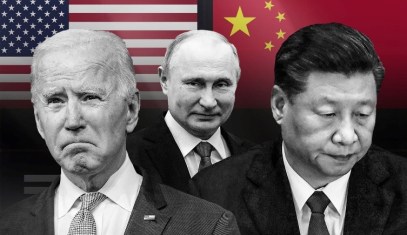 Consider the image that Xi Jinping and Vladimir Putin project to the world in contrast to Bungles the Clown. And, the other world leaders, what impression do they project? No need to take this any further. The most formidable opponent Bungles the Clown ever faced was Corn-Pop, an imaginary childhood nemesis.

The expression military-industrial-congressional complex (MICC) describes the relationship between a country’s military and the defense industry that supplies it, seen together as a vested interest that influences public policy. A driving factor behind the relationship between the military and the defense-minded corporations is that both sides benefit from obtaining war weapons and the other from being paid to supply them.

The term is most often used about the system behind the armed forces of the United States, where the relationship is most prevalent due to close links among defense contractors, the Pentagon, and politicians. The expression gained popularity after a warning of the relationship’s detrimental effects in the farewell address of President Dwight D. Eisenhower on 17 January 1961.

In the context of the United States, the appellation is sometimes extended to the military-industrial–congressional-complex (MICC), adding the U.S. Congress to form a three-sided relationship termed an “iron triangle.” Its three legs include political contributions, political approval for military spending, lobbying to support bureaucracies, and oversight of the industry; or more broadly, the entire network of contracts and flows of money and resources among individuals as well as corporations and institutions of the defense contractors, private military contractors, the Pentagon, Congress, and the Executive branch.

President Eisenhower said: “War is a grim, cruel business, a business justified only as a means of sustaining the forces of good against the forces of evil.”  But who decides what’s good or evil?

Isn’t it the same people that control this country and our money? Think about it. If Congress sets the budget, approves military appropriations, awards military contracts, and engages in war – where are the checks and balances. How do we say NO?

By the way, Congress approves ALL budgets and spending – but you already knew that.

We need the military to protect our interests as long as we have palpable and plausible enemies like China, Russia, Iraquistan, or even North Korea. If there is no threat, the Executive Branch of our government will provide, invent one. It’s just good business, and it’s how Merka learned to function in the twentieth century.

As long as our dear friends in the corrupt media continue to exaggerate and promote the threats from our list of approved enemies, congress will continue to stoke the MICC fires and keep them raging. I call this corruption the Partisan Political Lamestream Media Alliance (PPLMA). It is honestly FUBAR and TARFU.

The PPLMA is nothing more than a MIC extension but more noticeably positioned and covert in its messaging. There are no guidelines, ethics, or moral considerations. The message is the means to an end. 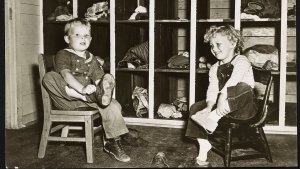 War is good business. Invest your sons and daughters!