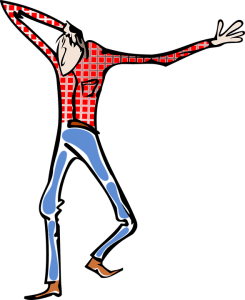 The more I see, the more I’m convinced we are nothing more than spectators to the ‘Greatest Lie on Earth.’ What we see from these plastic puppets is a paltry portion of this picayune pageant of prevarication.

I’ve seen hundreds of stories about wrongdoing, but nothing is ever done to correct, stop, punish, or even reprimand the perpetrators. There may be a civil lawsuit or two, but we never see significant actions for violations of the constitution or other statutes.

What message does this send?

If you look at the rise in crime rates across America, you’ll have your answer.

There’s no avoiding the tabloids or headlines or the rantings and ravings of the maniacal talking heads on the ‘Altar of Enlightenment.’

I live in one of the four border ‘welcome centers’ for the influx of Bungles the Clown’s New America. Estimates are close to 4 million since he cut the barbed wire, increasing America’s illegal population to over 15.75 million.

There are ten individual states with fewer people!

I’m not a xenophobe or a nationalist.

All are welcome in America – IF – you come in legally.

The caveat to this welcome is that you don’t try to turn my home into the shithole you just left. Bungles the Clown’s Circus Maximus is not to blame; we are.

It’s another circumvention of constitutional law in the center ring of the Circus Maximus.

Crime without punishment is anarchy. Our legal system has deteriorated into an ambiguous system of vague unenforced rules. If they are imposed, it’s based solely on social, political, and financial standings.

America’s legal system has no cojones.

Scan the past twenty-five years of America’s political burlesque and tell me how much of this chaos and mayhem will be punished.

A select few sacrificial actors will suffer, but the instigators will remain untouched. It’s called plausible deniability. They maintain ignorance of violating the constitution or any legal transgression. Ignorance of the law excuses no one. Now it’s celebrated.

It makes me wonder, does any of this really happen, or is this a phishing expedition to bolster advertising revenues? Are Americans that stupid?

Maybe it’s all invented to keep us entertained and under control. It worked for a while in 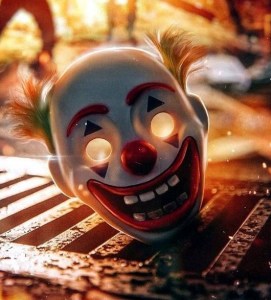 Rome. Remember the Circus Maximus and the Coliseum? The Roman Senate discovered that citizens were more compliant, amenable when entertained, distracted, and well-fed – Panem et Circenses.

America is undoubtedly distracted, engaged, and most certainly over-fed. But, unlike in the Roman Circus, few performers ever feel the sword of retribution, which is part of the problem.

There is an adjunct parallel in this Gladiatorial simile. The Roman Senate often condemned political adversaries to die in the arena. Do you see a similar ploy in the January 6th insurrection farce – How the DemoSoc left must hate Donald J. Trump… they’ve had this vendetta for almost twenty years, and it’s still very much alive.

The Priests at the Altar of Enlightenment pound these stories into pulp fiction, examining them in excruciating detail and from every vista and view, lauding their nauseating political partisan presumptions, perspectives, and prophecies.

It leads me to believe these headlines are nothing more than a marquee, merely visual dissonance to attract our attention – Techies call it Clique-Bait.

We can thank our astute and ever-vigilant government for creating the Ministry of Truth (MoT) or, as they call it, the Disinformation Governance Board (DGB). They will watch over us all and protect us from harmful ubiquitous disinformation and mendacity if they can decide what it looks like and how it smells.

Isn’t this the pot calling the kettle black?

Our feckless bureaucracy generates the vast majority of this questionable information anyway; who will watch the watchers?

If a political party steals an election using disinformation, illicit activities, and lies, how many crepes does it take to shingle a dog house?

When the MoT and DGB monitor all communications for questionable content, who will they hold responsible for infractions?

Will it be the creator, sender, messenger, or the other party?

Can we expect a codex of acceptable and approved topics complete with the appropriate and supported talking points and responses? Will it include the recommended castigation? Or will this be the usual moving target?

Will someone finally deliver Bungles the Clown to his basement at Camp Run-A-Muck, where he can rekindle his boyhood accord with Korn Popp and drive an eighteen-wheeler, bus, train, and sniff all the old ladies he can catch? Can we please make this happen before his administration starts WWIII?

Will Congress finally be held to account for sitting idly by what all of this happened – a clear dereliction of their Constitutional duty?

What recompense can American citizens expect for the damage these miscreants have done – IN OUR NAME?

My best guess – is NONE!

Didn’t our legal system work on a crime and punishment basis? For every crime, there is punishment…

The preceding paragraphs set up an opportunity to touch on our bifurcated legal system;

One for citizens, with laws and commensurate punishments;

The other is for the elite, where crime is rarely acknowledged or punished; of course, this depends on political expediency.

This discernable fissure creates a schism in the land where all men are ‘supposedly’ created equal.

How can two distinct legal systems coexist if everyone is equal under our law?

We have no balls.

Political correctness killed this country; it sapped our strength by diluting the language we use. I don’t usually hold with profanity, but there are times when it is the experient way to express your feelings.

We’re weak, ineffective, incompetent, and afraid to speak the truth or even do the right thing.

I often find myself searching for the appropriately inoffensive and politically correct word or phrase, tiptoeing around the obvious, trying not to offend some Woke ‘snowflake’ who’s ill-equipped to handle reality. I’m forced to use non-words and empty, emotionless noncommunicative platitudes – not unlike this last paragraph.

I cautiously fall back on a ‘chuntered’ expletive that I can’t delete but usually apologize for using.

It’s just another liberty lost in the black hole of politically correct quatsch.

We have no problem rushing off to defend another country or spending billions of dollars to support people in crisis half a world away. But, when it comes to trouble at home, especially within the lower classes, we close our eyes; we have no balls. We’ll shout from the rooftop and in the media about these inequities but stop short of taking action.

Our leadership makes monumental moronic moves like spending more money than we can repay, creating runaway inflation, and devaluing existing money. Our foreign policies and the ineptitude of the state department has us on the edge of global thermonuclear conflict, and all we can think of is forgiving $1.75 TRILLION in student loan debt for the elite.

Oh, you didn’t realize that it’s predominantly the top wage earners that will benefit – and only 13% of this country has a student loan. That’s a real boon for the poor.

The press identifies and reports from an intentionally comfortable distance, and ‘blind justice’ does what she always does best; nothing if you’re elite, condemns you if you’re poor, and crucifies you if you’re not a person of color.

Trust me; the politically partisan press will blame someone in excruciating detail, including all the manufactured evidence necessary to ensure implied culpability and guilt.

By the way – They are NEVER accountable for promoting these lies – Freedom of the Press!

They often support some twisted political purpose or agenda like the ‘Kangaroo Kourt’ proceeding of the alleged January 6th ‘Insurrection.’ It’s a tragic miscarriage of justice to apply Constitutional Laws only when they are convenient, not as intended. QED – a bifurcated system.

What about due process or the right to a speedy trial? Oh, I forgot, these traitors are domestic terrorists, and enemy combatants, according to the house of misrepresentatives speaker Nancy Pelosi. They don’t deserve constitutional protections for their crimes.

There are, of course, numerous other travesties of justice, but that’s not my point here. The issue: How can a country of laws and purported equality choose which to apply so selectively?

How do citizens know which rule applies, and under what circumstances? And to whom? The entire system seems indiscriminate and arbitrary.

Where is the equity in any of this?

The original concept of three separate governmental branches somehow amalgamated into a weapon for the ruling party brandished by Blugles the Clown.

As hard as I try to avoid reading the headlines and the articles that pique my interest, I, too, find myself sucked into these stories and down that rabbit hole looking for Alice. It’s like trying to pass an accident without looking. But that’s precisely the intent. It’s not the devastation’s lurid details that trap me.

It’s the resolution, should that ever happen.

The solution is relatively straightforward.

Enforce the laws – ALL OF THEM!

The way they were intended.

If you do the crime, you WILL do time.

How will it end now that America’s been castrated? 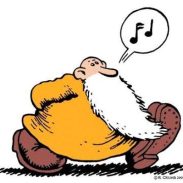