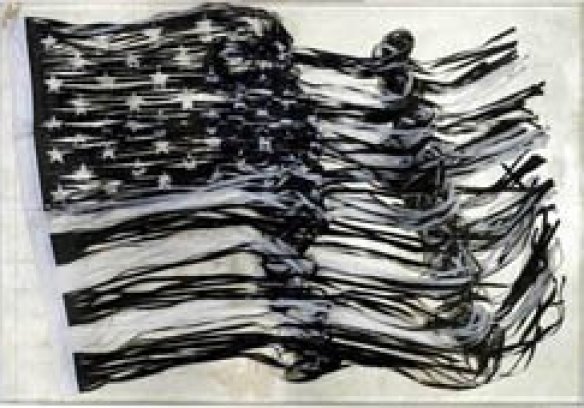 My concerns about America’s direction started me thinking of our founding fathers’ trepidation. While I can only imagine how they felt, I have a similar solicitude every time I post a new article.

I wonder about repercussions, and while I don’t regret what I write or share, the closer we come to the end of our republic, the more unsettled I become.

You see, I know Big Brother is watching, and fear is their most potent weapon.

Once upon a time, free expression and exchange of ideas had value, and those exercising it did so responsibly, respectfully, and factually. But like all of our liberties, free speech as prescribed by the first amendment was perverted, corrupted, and defiled, becoming a vehicle of violence, venom, and vitriol, not to mention misinformation, disinformation, and obfuscation.

These are now a favored tool for the Politically Partisan Press (PPP) and Social Media (SM), where truth is unemployed in today’s world. Our liberties will be nothing more than a fairy tale if we follow our current direction. 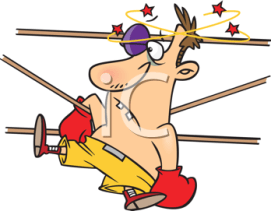 I concede that it may be too late to save our republic. We’ve been circling the drain for decades, and our opportunities to salvage our way of life are evaporating quickly. It may be time to ‘face the music in the truest sense as depressing and defeatist as this sounds. But then, we rarely notice problems until it’s too late to change or act. Is it too late?

Admittedly, our inaction and negligence have destroyed this country, and tragically those responsible for the actual corruption will never be held accountable. Unfortunately, I sense no remorse from their comments or deeds, just conniving approval and vacuous rhetoric. That’s how far we’ve strayed from the original concept for this republic. 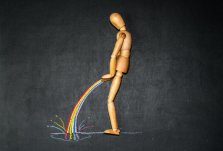 We’ve pissed on the grave of every patriot who fought for our freedom. It may seem vulgar, but it expresses how I feel about what we’ve done, how we’ve dishonored their sacrifice to create this country. We’ve squandered this precious gift of liberty. In fact, I’ll take this further and say that the treachery our indifference endorses is a disgrace and defiles everyone who fought for our country.

We were the envy of the world. We had everything we could want – we had the opportunity to create our own destiny. Nothing held us back. But we wanted more. We wanted it all. A piece of the pie was insufficient; we wanted the entire bakery.

We’ve bargained away most of our liberty for security; what remained dwindled as our ‘trusted’ representatives lined their pockets, trading our freedoms for pieces of silver and glory. Our representatives built their affluence on our labor in servitude to them.

I will excuse ignorance, but not stupidity, and indeed not greed. Our elected representatives took an oath to protect us and uphold our constitution. These people undoubtedly knew what they were doing; there is no pretense for them. 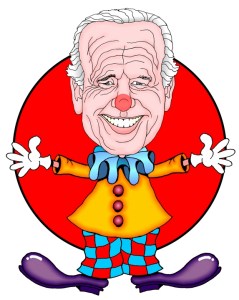 Then there is Bungles the Clown, who knew precisely what he was doing as he de-Trumped America, throwing the republic into a death spiral. Yes, that was his goal, his job – The Cabal hand-picked this ineffectual doddering curmudgeon to front the coup. He was the affable grandfatherly and seemingly harmless symbol for this new American order.

His feckless political acumen made him the perfect patsy. No one would suspect him of treason, and with the PPP & SM controlling the narrative, America would wander even further from salvation – too far gone before anyone awoke.

Nero fiddled as Rome burned, Bungles the Clown just farts, fumbles, and falsifies as America crumbles. History holds Nero in contempt only because he couldn’t rewrite his past. Bungles the Clown’s co-conspirators, the PPP & SM control the entire narrative. We know what they want us to know, but we’ll never know the truth. 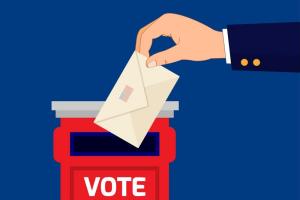 We have few tools remaining to salvage our country. The ballot box is one way to combat this treason, but congress are busy reducing our voting rights to an illusion, a foregone conclusion. Their goal is to ‘federalize’ election laws giving them a discernable and irrevocable advantage. So rather than elections, they will essentially appoint sympathetic partisan comrades. This process should be familiar to anyone familiar with socialism and its tactics that erode the governmental structure from within. 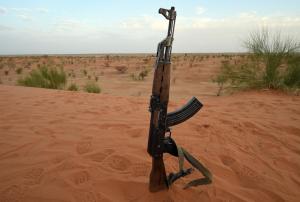 Our last instrument is a revolution, but that is being bartered away for power and position. Our constitutional right to bear arms is weakening, becoming bargaining-chits traded for favors, fame, and fortune. It’s now deemed a national health risk. If we can’t protect ourselves from the government, we are no more than slaves.

Thomas Jefferson said: “When government fears the people, there is liberty. When the people fear the government, there is tyranny.”  Mr. Jefferson knew this from experience, lessons he shared in his writings, and something he hoped we’d learn from history.

Our current socio-political structure became entrenched almost eighty years ago. We entered the twenty-first century stratified and classified as a perfect fit for a Socialist regime. Three classes are all they need: the state – the loyalists – and everyone else. I’ll bet that if you think real hard, you can figure out who belongs in which category.

Can anyone guess where we fit?

What happened to the safeguards in the constitution? We consign this extraordinary document to contemporary insignificance and ‘historic’ irrelevance. Today, it serves as a quaint reminder of our racist, white supremacist, and colonialist past, or so we’re told. It was supplanted because it stymied the new democrat-socialist progress. The DemoSocs kept tripping over the morals, scruples, and limits implied in the constitution.

Joseph Stalin said: “America is like a healthy body, and its resistance is threefold: its patriotism, its morality, and its spiritual life. If we can undermine these three areas, America will collapse from within.”

The PPP & SM curtailed our ability to share ideas, and now the DemoSocs want our guns as well. When – yes, when that happens, we will be defenseless. We will have lost all of the freedoms we’ve enjoyed. Our passivity and ignorance implied our compliance.

We had the power and the right to demand changes. Still, we acquiesced – we did protest, but the PPP & SM called it insurrection since they control what we know. They judged the protestors guilty and promptly sent them to the gulag – no hearing, no trial, no defense, just another circumvention of the constitution – this time the sixth amendment.

Our liberties are a faint memory clouded in a fog of recollection and obscured by rewritten history. We’re told what to remember, but that retelling is conveniently manipulated to paint, support, endorse the picture we’re programmed to recall.

It’s easy to see that we’re broken into classes by status, economics, and politics. We’ve always been defined along these lines, but never before were we so obviously segregated along partisan and demographic lines. Now to an even greater extent, our county’s legal and social structures and systems mirror those of a banana republic. 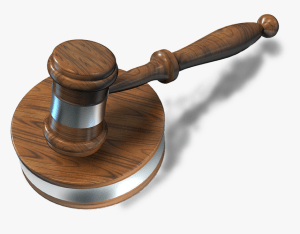 Elected representatives act with total impunity, and the further up in the hierarchy, the less culpability. There is no accountability at the top. In the PPP & SM vox populi, they are untouchable and unimpeachable. However, when that machine turns against you, there’s nothing you do that can change that mindset, no matter how positive your impact. Everything in your life will be spun, rewritten, ignored, assailed, castigated, and excoriated. It’s all fair game for the mob.

Say thank you to the PPP & SM.

Millions still view America as the promised land; streets paved with gold and infinite opportunities; that is the myth and the legend. Consider how miserable life must be to incite people to come here, but here is far better than the places they leave. Everything’s Free!

These new immigrants have no idea how great this country once was. Perhaps they cling to the old persistent utopian image, much like many Americans rather than this new reality.

With the transformation from – was – to – is – nearly complete, only a few patriots represent any deterrence or resistance. Instead, the DemoSocs occupy the bully pulpit. They have the loudest voice and seek to destroy any that would arise against them.

There is a painful lesson attached and incidental to our demise. So many voices throughout our history have cautioned us about the fragile nature of our republic; we didn’t listen or act. 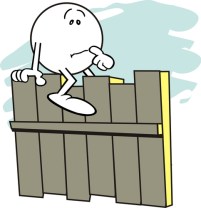 Was it out of arrogance or stupidity that we shaped this improbable alliance between democracy and socialism? They are incompatible in practice, yet that we believe they can live harmoniously in the same country speaks volumes about our ignorance of history. Thinking we can control this diabolical and acerbic political process is arrogance.

Democracy and socialism are, by definition, mutually exclusive. Where a representative republic gives people a voice in their government, socialism extinguishes that voice and oppresses the people to favor the state in the name of equity.