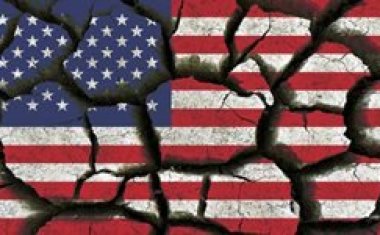 Torrential rain usually follows the cacophony. It washes away the accumulated grit of the previous day, refreshing the desert. Now everything looks green and new. It all seems to sparkle at daybreak.

A thunderclap partially awakens me and our small herd of rescued dogs, uncomfortable with these emphatic interruptions of our peaceful environment. I awaken and begin reflecting on the maelstrom in the media cesspool – So much information to sift and collate and so much to disregard.

Sometimes I feel like an archaeologist digging through the rubble of a forgotten civilization, fiercely searching for clues about where it all went wrong. My conclusions and opinions are much like those who practice the ‘diggers art.’ We can only conclude from our experiences and assume that our findings are accurate based on discovered evidence.

It seems that America creates more social detritus than any country in history, but that stands to reason since we record EVERYTHING about ourselves. How vain we are – what narcissism. Do we honestly believe our lives are that important, interesting, of value to what and who may follow our society? So much so that we provide detailed accounts and photographs of everything from our food to pictures of ourselves?

How will the sociologists, anthropologists, economists, and political analysts of the future assess our cultural contributions? I propose Ctrl-Alt-Delete!

Specific events are entangled in my memory, like that song that won’t stop playing in my head. Some parts play on a continuous loop interrupting every thought, interposing that infernal tune, that abiding thought.

I often wonder about the federation of these events and where they will lead. They have little value except as morbid entertainment when viewed as separate and disjointed events, but the story emerges when you examine them and as you connect the dots.

So what is the story? 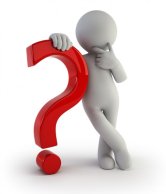 I realize that precious few things occur independently, spontaneously. There is usually something to trigger or set them into motion. These connections form the basis, the foundation of my dialectical logic-based discourse.

I find it absurd that the enthronement of the Biden-Harris administration is happenstance. When viewed as individuals, they are singularly unimpressive. That can be said for the entirety of the cabinet as well. Not one individual stands out. Yet, they are the perfect storm of plausible deniability and a vile stew of stupidity in concert.

There is a special cognitive-dissonance in der fuehrer. Heir Bidden is the leader of the free world who appears at face value to be an entire six-pack, but even a casual glance reveals he’s missing the plastic rings that hold it together. He can’t find the right words even on the teleprompter, avoids public appearances for that reason, refuses to take impromptu questions, yet he makes policy decisions with global impact.

Does he really make those decisions, or is he merely a marionette? Who’s behind that curtain?

In the first week of the Der fuehrers Neue Welt he dismantled perfectly effective programs and treaties to implement his disastrous schemes. Was this all an intentional Trump-focused vendetta?

The next few months of this konigreich are equally ill-fated. Can this be accidental or misfortunate, or is there a dastardly Hauptbebauungsplan (master plan)?

I honestly don’t think they are that smart, even collectively.

As separate decisions, Der Fuehrers’ actions appear almost random but stitched together; a pattern emerges not unlike a patchwork quilt.

Puzzles come to mind, but with a puzzle, there is a box cover picture. We’re missing the boxtop for reference.

We examined a few gears in this mechanism that is America. Let’s drop our magnifying glass and step further away to see the bigger machine.

How did America emerge from this massive debt? – We didn’t!

How we’ve arrived at today’s massive $28.6 TRILLION burgeoning debt is a circuitous and knotted story for economists and historians to unravel and propound. Rest assured, you’ll have more questions than answers when they are finished.

We, America and the World, operate at a deficit. We borrow money to fund our spend-thrift tendencies — there are sterling explanations of banking and the impact of the World Bank System available for those interested.

Suffice it to say that we are in the same debt trap as the rest of the world. We owe more interest than we can ever repay – therein is the trap.

When looking for the culprit, forensic analysts follow the money trail. Their questions always pursue – who wins – who makes the most from these decisions and their outcomes? Who has the opportunity? What is the motive?

Consider where all that money accumulates. It isn’t you and me, although we all have a piece, albeit a minuscule piece, of the pie. At last reconning, there are 2,208 billionaires in the world. There are fifty with over $26.1 billion. The top five have over $71.4 billion each. That’s where the money concentrates.

“The money power preys on the nation in times of peace, and conspires against it in times of adversity. It is more despotic than monarchy, more insolent than autocracy, more selfish than bureaucracy. It denounces, as public enemies, all who question its methods or throw light on its crimes.”   Abraham Lincoln

I DO NOT disparage or condemn these people for having their fortunes. My point is that in our world, money is their primary motivation because – Money is Power!

If money is power, it follows that influential people, people with money, must be intelligent – a very dangerous supposition. Most of them are smart enough to hire the right people to manage and build their fortunes, but that’s where it ends.

They are NOT political geniuses; however, they believe their influence and position endows them with wisdom. Frankly, they barely know what’s best for themselves, but certainly NOT for the rest of us. There is the conundrum.

These men are not – NOT – gods; they are mortals with insatiable appetites for power, and that all that it brings!

So, we have five American men, in this case, which aggregate a significant fortune and, by extension, enormous power; we have the focal point of this exercise.

I am convinced that the decision to foist this disastrous Biden ensemble to the throne of power in America rests with this billionaire cabal. I could expound on my logic and rationale, but that’s not the point of my opinion or this post.

Avarice is an irresistible mistress – a devil – a narcotic. She exacts a heavy toll from her suiters, enraptures them, traps them into wanting more. An addict will do anything – ANYTHING – to satisfy their appetite, to quench that inextinguishable craving.

We have the money, we have suspected, and we have the opportunity.

Here is the motive and blueprint for the plot; my speculation, but it does follow the chain I’ve forged logically.

The past few years’ events are the opening acts for the headliners in the center ring of this circus. The Coup d’etat.  The Reconstruction of America in Der fuehrers Neue Welt, courtesy of his sponsors –

Remember, their wealth and position grant them implicit knowledge of what is best for us. In their minds, there is no other way to perpetuate this process to preserve this power quest than to run the country as they deem appropriate.

How do you take a country without firing a shot?

Have the president and the government do it for you, them.

Martial law will be the end of our republic, and we are perilously close to that day.

We don’t know who to trust or where to look for answers. We are intentionally confused and misguided.

The solution is martial law. Our government, in its infinite wisdom and beneficence, will step in and restore order and normalcy. We’ll have no choice.

The Oligarchs will decide what we need, use, and do. The government will manage us for them.

Welcome to the New Socialist States of North America.

The NSSA will be the New Super Power, roughly based on the Monarchy thrown off in 1776 – with some unique adaptations of socialism, communism, and fascism – A new feudalistic socialist society.

T.S. Elliot wrote: “This is the way the world ends Not with a bang but a whimper.”

We’ll know for sure, but – Only When It’s Too Late!