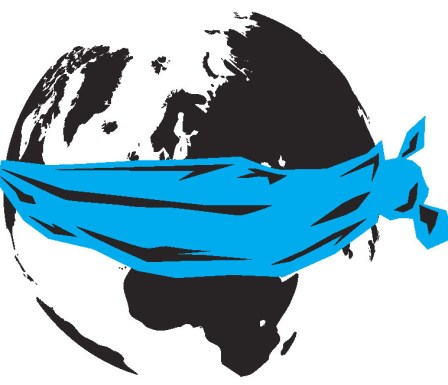 I became a news junky a few years ago but sorting through the dross became a daunting challenge. I wanted to find the press’s honesty and true community spirit, but my expedition took me down a cyberspace rabbit hole. I am disheartened but not surprised at what I discovered.

If you have ever embarked on a journey of this type unintentionally, you know the inevitable outcome. I almost forgot the intent of the search. There is so much data; I refuse to call it information; it is absolutely mind-boggling. How can anyone possibly establish fact from fiction, truth from lie, or even real from imagined? That’s how my trip of discovery started.

Yes, there are fortuitous situations, like how I met my wife; this is no one of those… I acknowledge them, but my cynical nature rejects them, bringing me to this post and its content.

How many times have you wondered if all the crap you see and hear from the press and in the media is true? Have you ever wondered? I certainly have.

I’ve reached the point that I don’t trust anything coming from any US source, especially the mainstream networks. I’m beginning to doubt the alternative sources as well. The messages are too well coordinated to be coincidental.

The two disparate sides seem to carefully delineate tolerable and sacrosanct – what they will touch and what goes wholly ignored in conversation and presentation. What one embraces the other shuns and vice versa.

They even use the same talking points, responses, and opinions concerning the issues. So it’s the exact programming with different talking heads on the opposing side of the case. Coincidence – I think not!

Is someone pulling strings, feeding them the content and agendas? Probably!

Consider the compelling material they should contest in the public eye.

Hunter Biden, President Joe Biden’s son, conspires with Chinese and Russian oligarchs who openly pay him hundreds of thousands of dollars annually for access to the VP and now President Papa Joe. Yet Papa Joe disavows any knowledge of these dealing – even though photographs and emails document these conversations and meetings. The Left-leaning press avoids it like the plague and does nothing at all. Their hair is on fire on the Conservative Right; however, there is little activity.

Papa Joe consorts with the Grand Dragon of the Klu Klux Klan and supports all manner of anti-American segregationist policies. He is an overt racist, but miraculously he is now the salvation of blacks all over this country, and as you would expect, nothing is done on the Left proving that the country is systemically racist. The Right is indignant but takes no action.

During the election extravaganza of 2020, Biden said, “If you have a problem figuring out whether you’re for me or Trump, then you ain’t black…” a quote from an interview with Charlamagne Tha God – how’s that for a moniker?  Can there be a more racist assertion, yet there was barely a ripple in the press from either side. Biden passed it off as a joke.

Text messages from Hunter’s phone have him repeatedly using a disparaging and denigrating racial slur (THE N-word). Yet, there is silence from the mainstream press on the Left and guarded silence from the Right.

Finally, finally, there seems to be substantive evidence of Hunters’ complicity and conspiracy. Still, there is no discernable sound from the socialist media or press on the Left, and the Right side conservative press seems befuddled, stymied.

Is Huner Biden sacred – never to be addressed? Why? Does Papa Joe’s position as POTUS deflect any and all of the allegations?

Everyone in the Biden Crime Family is untouchable! We will never see any action against them. Instead, the Left pay them obsequious homage, and the Right awaits nonchalantly.

I remember the witch-hunt about President Trump’s alleged Russian collusion? There was no proof, just an accusation, yet the media keeps this alive. It was a main socialist campaign point. They even dragged his wife and family into the fray – several times. The Left failed to impeach him TWICE! Nevertheless, the lies continue.

Why do all the answers across the mainstream media feeds follow a formulaic and almost scripted presentation? The opinions from CNN, MSNBC, and several others are virtually identical, following the same points using the same rhetoric – the same opinions verbatim! It cannot be coincidental, and it is not accidental. It supports my premise that they use a common source for stories and responses and that someone else controls the narrative. Someone holds the strings.

Countless hours of these travesties are available in cyberspace. Select a recent media topic, watch or listen to your choice of mainstream feed, and, in fairness, watch a conservative source. You’ll hear the same coverage on that subject with nearly identical questions, replies, and opinions from the talking heads on contradictory sides.

I can accept a similar posture infrequently, but every day on every story from networks supposed to provide a service to their communities. That is not a coincidence.

And now the caveat:

The first amendment to the Constitution.

Congress shall make no law respecting an establishment of religion, or prohibiting the free exercise thereof; or abridging the freedom of speech, or of the press, or the right of the people peaceably to assemble and to petition the Government for a redress of grievances.

Please note that lying is not part of this amendment and was never the intent, but for the press, it is a screen used to obscure the covert designs of the puppet masters. It is the linchpin of the press’s and social media’s rationale for their cavalier approach to the truth, misinformation, and disinformation. It is the camouflage for their agenda.

I seriously doubt that the Congress of 1791 shared these concerns when they ratified the Bill of Rights. Back then, our leaders were men of honor; at least most of them were.

Our Government has always had problems with scallywags, scoundrels, and blackguards. Liberty attracts them like fleas to a dog.  Quo Erat Demonstratum (QED) our congress, senate, and government today.

Is this not prima facie white privilege in action? Is it NOT illegal to use the President’s office to evade prosecution or shield one’s family from scrutiny, criticism, and prosecution?

Where is the outcry? Where is your indignation?

Yet, after all is said and done, there is a lot more said than done!

Why do they do it?