Hypocrisy is Job One!!!

A Brief History of American Mendacity 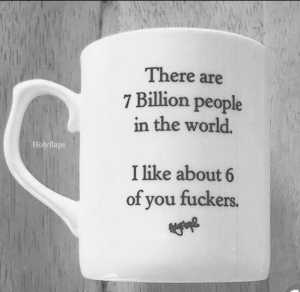 My first sip of coffee is always magical – I know my morning routine is full-on, and I have a lot to accomplish. But today, incredulity stunts my ardor, derailing noteworthy thoughts and interrupting my course with inconceivable idiocy. It’s another WTF moment. Unfortunately, I’ve been having a lot of those lately.

It must be global warming…

For the past several months, I’ve thought about the birth of our nation. I’m mindful of what happened to that sanguine start and the sorrowful situation in which I see our republic. My reference here is to the actions of patriots in 1775, NOT the silent film of the same name from 1915. Although both are seminal events in our history, I’d prefer to concentrate on the loyal and patriotic intents of 1775.

This is a story of the new America, now bereft of aspirations. We’re greedy and betrayed by the lengths people will go to acquire power. It’s the saga of how many trusted leaders sold their souls to some Devil, and citizens of the republic did precisely as they were programmed; nothing.

Albert Camus said: “The entire history of mankind is, in any case, nothing but a prolonged fight to the death for the conquest of universal prestige and absolute power.”

Like all fairytales, this tale begins with the obligatory phrase – Once Upon A Time.

Once upon a time, a great country arose from the tyrannical rule of a monarch from across the ocean. King George’s empire colonized most of the known world for profit, and he used this wealth to maintain and expand his power.

George wasn’t an evil king, but the people managing his empire were calculating, callous, and cruel. His ministers used their positions of power as opportunities to enrich themselves as they discharged their duty to the king and country – a commission they performed to the exclusion of all else. I mean the accumulation of wealth and power, but not in service to the king.

The country is England – it became the British Empire – the wealthiest and most powerful empire on Earth – at the time. The kingdom was so vast that the sun never set on it. WOW!

As happens in all empires, the greedy ministers presumed they could do a better job than George and did everything they could to ignore him – a gripping aside to power is that someone always wants your job.

Meanwhile, in the Colonies – you see, that’s what they called America back then – things were heating up in the thirteen original states. People were tired of paying taxes for no representation to the empire, and they refused to pay the exorbitant tax on tea… So several colonists dressed as indigenous native people boarded the ship bearing the tea and threw it into Boston Bay. Thier disorder became known as the “Boston Tea Party,” making the tea unconsumable even by colonists.

Boston was the center of culture and society in the colonies then. Posh tea parties were familiar, but there’s no record of well-dress society ladies creating such a ghastly scene. They all blamed their husbands. 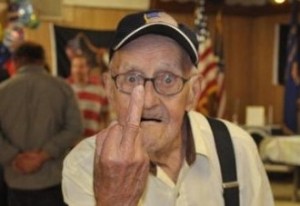 So, on April 19th,1775, these colonists gave George the “Flying Fickle Finger of Fate” and declared independence. These brave colonists, whom we call the founders of America, fought a bloody war to break from the British Empire. After eight years of battles and bloodshed, on September 3rd, 1783, the colonists were free, and America was born.

These patriots convened a continental congress to discuss national laws and the governing documents for our republic. They called it The Constitution of the United States. The name was born from the concerted struggle of the thirteen original states – The United States – that fought to defeat the British for home rule.

We became a country of laws, at least for a while.

It didn’t take long before the infighting began in America. It’s human nature for people to believe they have all the answers and use their power, wealth, and position to wrest control. It’s the elitist’s view of everything – they know better than everyone else because, well, they’re elite!

I heard an impactful quote in a movie that stopped me in my tracks. I backed up to listen to it several times. The quote, “We no longer produce things in this country – all we make are lies.”

The passage’s context is the conflict between “what is and what we’re told.” The power of that remark is engraved into my mind. It replaced every notion I had of our productivity. I realized that our preeminent product and, therefore, export is hypocrisy. Moreover, how we blindly accept this duplicity and dishonesty.

Yes, we are that stupid!

Our story continues as the republic ages and grows from fledgling to adolescence. We cleaved the country along geographic and ideological lines on April 12th, 1861, with the War of Northern Aggression. The rationale for this incursion into the southern states was purportedly to abolish slavery; however, the truth was a quest for power and control. The Union (the northern states) wanted what the Confederates (southern states) had – agriculture and solidarity.

The south grew crops that the Union state needed. The Union hated the increasing unity in the Confederate states. It was another instance of secession from the control of an oppressor. The southern states attempted to break from the Union of 34 states – nineteen Union and 15 Confederate. The northern elites wanted to control the southern agrarians.

The pretenses began to show as freethinking intelligent citizens questioned leadership’s motives and actions. You must recognize, at this point in our story, the dishonesty and inconsistencies in the messages began to show, but the elites had sufficient influence to deflect any criticism.

America’s internal consumption of hypocrisy is immeasurable and incalculable. Most manufactured goods have substance and are measurable. We ship metric tons of wheat or soybeans. We ship lumber, corn, and other quantifiable merchandise. How do you measure something as impactful as a lie?

America was founded on lies from the very beginning. The biblical reference was that of the promised land – a land of milk and honey. North America became synonymous with the promised land where gold lay upon the ground, waiting to be gathered, and rich and fertile lands were available for the taking.

These advertisers failed to mention that someone already lived there, and even though they were vastly different, they were NOT savages. These original inhabitants were seriously pissed off that these foreigners helped themselves to their property. Maybe they were a bit miffed that the colonists were killing them.

Other interesting dishonesties were involved, all part of the new land of infinite opportunity sales pitch.

*Note: a sales pitch is also known as hypocrisy – it intends to make you believe something untrue.

The stage is set for the story’s seminal and final chapters: The Twentieth and Twenty-First Centuries.

The account of these two centuries is documented – not well, but it is written. As they say, any written record must be taken with a grain of salt since the chronicler interprets the occurrences.

Two world wars and several police actions encouraged one of our better presidents to warn America about a problem he observed developing as with our conspicuous dominance on the world stage as the preeminent leader. General Eisenhower called it the “Military Industrial Complex.” Later, pundits added Congressional to the phrase because of that body’s complicity in promoting the alliance.

The alliance was the impetus for starting and engaging in hostilities to generate profits for the military hardware manufacturers and their stockholders. The government benefits from the tax revenues; the politicians receive contributions for their careers, and banks make money by financing the crimes. Everyone wins except the poor bastards foolish enough to believe the nationalistic lies that encourage wars.

Yes, this statement is inimical, but that’s me; I am a super-suspect septuagenarian!

There is a funny thing about having that level of power. It goes to your head. Lord Acton’s observation, “Power tends to corrupt; absolute power corrupts absolutely…” succinctly supports my premise.

It was evident that America saved the world in several conflicts and was the center of military might. America had successfully beaten the Hun in WWI, won WWII on two fronts separated by half the globe, and managed to unify 75% of the population by entering 25% of them because of ethnicity and national origin.

It played on the nationalism against the minority contingent but never recognized their contribution. America continued this apartheid through to today. It’s a very complex set of lies that encourage this segregation but rest assured that it all plays into how power can control scenarios. The old aggressor’s tactic of divide and conquer (control) plays a significant role in America’s politics.

There is little doubt that WWI was a localized incident in Europe and only became our problem because our once Ex-Overlords in England begged our assistance. SOS – Save our Sovereignty… The stories of why are questionable – it served England’s purposes to involve America, and America saw the opportunity to advance the consolidation of power with an alliance of business and government.

Emerging powers like Russia and China saw opportunities to carve out sections of the globe using the same hypocrisy and lies America used to create solidarity. 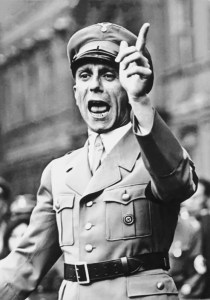 Probably the most insightful comment comes from Nazi Germany’s Joseph Goebbels, who said: “If you tell a lie big enough and keep repeating it, people will eventually come to believe it. The lie can be maintained only for such time as the State can shield the people from the political, economic and/or military consequences of the lie. It thus becomes vitally important for the State to use all of its powers to repress dissent, for the truth is the mortal enemy of the lie, and thus by extension, the truth is the greatest enemy of the State.”

Since our government shields us from the truth by teaching lies in its indoctrination camps and reinforces these stories through its control of media messaging and content, what we know is a product specifically manufactured to fit its purposes. And that purpose is… power and control.

The complex – network – General Eisenhower cautioned against in his Presidential farewell address infests every sector of our republic. The contagion reaches every part of the government triumvirate, Legislative – Executive – Judicial.

Recent revelations show that each of the once-trusted and independent branches are deeply entangled in these deceptions. Not only lying to the republic but exceeding their reach by removing impediments to their nefarious and clandestine goals. Yes, they kill people that stand in their way – just like the Roman senate did when Caesar became too powerful or threatened the senate’s goals. 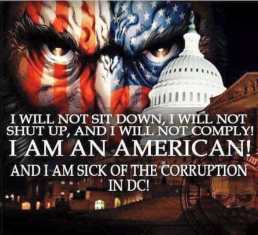 Since the discovery of America and its colonization were based on deceptions, and everything that supported or furthered that hypocrisy, it’s only natural that everything that followed would is based on the same level of deceit. The problem with lies is that lying is necessary to perpetuate the original premise.

“Lies are like cockroaches, for everyone you discover there are many more hidden.”        Gary Hopkins

Here we are today in the midst of discovering the depth of these deceptions. Be thankful you’re aware of these lies. Consider your impression of this administration. Think about your level of trust for them going forward. But before you forgive them, remember they tried to get away with it.

One day, I hope we look back at what we had and regret every single thing we did to let it end…