The Pirates of the Potomac – Rrrrrrrr!!! 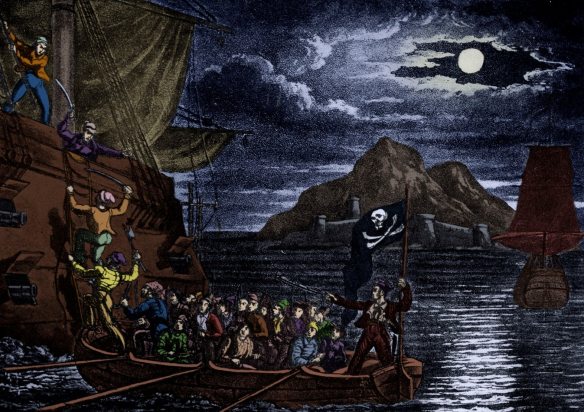 Nestled in the backwaters of the Potomac River, a tributary of the Chesapeake Bay estuary is a swamp full of the expected bog critters and marsh nasties.

It’s technically in the State of Maryland, but they didn’t want the morass for some undisclosed reason. Not even the Nacotchtank Indians wanted it, so they sold it to the fledgling colonial government.

So on July 16th, 1790, the new US government took over, and the “improvements” continue today. Like every government involvement, it is a rousing success, which depends significantly on your perspective like everything it does. (sarcasm off)

I imagine draining the swamp was daunting, so they paved it and erected buildings, attracted more vile charlatans, and, as they say, the rest is history.

Modern archeological research indicates that some of the prehistoric Indians of the American Southwest were anthropophaginian – cannibals. So, it would follow, by extension, that a few of their northern brother tribes were also man-eaters. At least the first European invaders were well-fed or fed well, as the case may be. 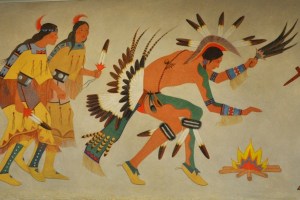 If the Nacotchtank Indians had known how badly the government would exploit them, they would have served these invaders at the first celebration and saved us all immeasurable complications.

However, they didn’t, so here we are dealing with the Pirates of the Potomac. – Rrrrrrrr

So, in honor of General George, the grateful patriots named this new area Washington, District of Columbia.

Columbia happens to be the female national personification of the United States which explains the moniker DC and why references to America are always feminine – as in she – when referring to the country.

Pirates love protected harbors and anchorages, hidden from plain view and easily defended, which makes DC the perfect base of operation for all the nefarious activities of the freebooters of the rapacious buccaneer government.

I want to redress my cynical opening – in fairness to the patriots that founded America. I genuinely hold them in very high regard. Their efforts were born of legitimate love of this country’s potential and everything they hoped it would be. Their design was robust and built on expectations that subsequent leaders would strive to maintain those high ideals.

But you see, that’s the problem with idealism – or any ism for that matter.

It’s impossible to manage and never meets expectations because it depends on people to carry it forward. We all know that if something works well, we can’t leave it alone; we need to fix it until it breaks. FUBAR!

The Continental Congress’ plan was for leaders with the same fervor and integrity they embraced to carry it forward. Their governing document is a work of genius. John Adams and George Washington both insisted that America have a government of laws, not men.

The selfless intent of our founders ignored the selfishness of picaroons who set about corrupting this new republic to their advantage. The authors of America would not recognize her for all the “improvements” we’ve made. (sarcasm off)

A pirate is a thief who travels by water. Though most pirates targeted ships, some also launched attacks on coastal towns. We often think of pirates as swashbuckling and daring or evil and brutish, but in actual fact, most of them were ordinary people who were forced to turn to criminal activity to make ends meet. But, of course, this description ignores the certainty that some were opportunists, which is why I draw a parallel to politicians – you know, the bounders and carpetbaggers. 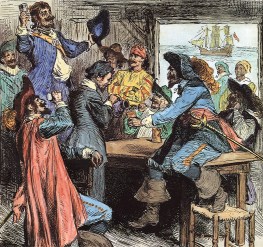 I wonder when the non-elite rabble will adopt this same modus operandi, being forced to turn to criminal activities like their sterling examples in DC. Is it any wonder the Pirates of the Potomac fear the Second Amendment?

Henry Morgan was a well-regarded member of seventeenth-century society, a plantation owner, eventually turning privateer. He later became a pirate hunter for the British Monarchy and was given the lieutenant governorship of Jamaica in payment.

The allure of power and profit was the attraction come addiction for many pirates as it is today for the modern-day marauders that we call politicians. It’s much like opium or crack-cocaine – a nearly insurmountable habit to kick, and continued use wrecks the moral compass. 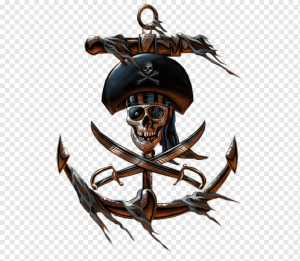 The real pirates of the seventeenth and eighteenth centuries were ruthless killers who stopped at nothing to satisfy their lusts. Their ends justified their means. The modern-day Pirates of the Potomac are no less malevolent, just more refined in their approach. Oh, they still kill – or have enemies disappeared – but the Clintons haven’t been in power for many years.

The new assassinations are about character and livelihood, not as much physical, although people do fall off of yachts and suffer unexplainable physical mishaps.

The 1960s saw the CIA’s involvements evolve from clandestine coups to the assassination of a seated president and his brother. Talk about rancorous replacement processes. It pays to know one’s enemies… and not to annoy the Pirates of the Potomac – Rrrrrrrrrr.

Does this sound familiar? It should… it’s the history of the mid-twentieth and twenty-first centuries. However, I’m restraining my urge to launch a history lesson; discretion is the better part of valor, and caution is preferable to brash bravado.

The current crop – The Cast of the Pirates of the Potomac, is an unsavory crew of ne’er-do-wells, misfits, and scoundrels with a common goal to pillage America. Their leader, Captain Wrongway Biden, has an obsessive contempt for his predecessor, Captain DJ Tweeter-Trump. So Wrongway made it his mission to undo and overturn everything DJ Tweeter did to improve the country. 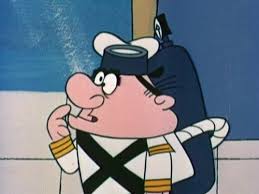 Ole Wrongway’s a badun; he is… nasty to the core… been in government for over fifty years. He earned his moniker “Ole Wrongway” because, in all that time, he’s never made the right decision – not even once.

Ole Wrongway’s penchant for regaling listeners with glib prevarications creates an affable and preposterous persona. He’s center-stage – see him strut – but no one dares tell him he has dementia – “drain-bramage…” from a cutlass duel with a brigand named Cornpop. 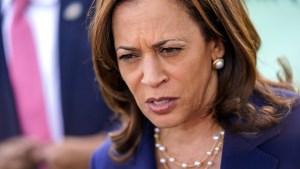 Wrongways’ First Mate is a rare female pirate called Madam Swallow, aka Plantation Harlot. She is Wrongways’ Master of Word-Salad. She earned that moniker because it usually takes an hour to untangle her locution.

She’s another worthless wastrel wandering rudderless through political life who’s yet to score a win. Madam Swallow has yet to follow through on an assignment, but Ole Wrongway keeps pushing, and she tacks leeward, muttering unintelligibly.

Pirates are known to rape, pillage, and plunder everything from ships to communities. I think this describes our government, “The Pirates of the Potomac,” to the letter – in my not-so-humble opinion. Rrrrrrrr…

It’s an elementary process to follow the evidence of the past seventy years to see how The Pirates of the Potomac have pillaged America. However, a quick glance at the last two years paints a revealing picture. There’s precious little left to plunder, and as for the raping and pillaging, that’s well underway.

The truth be told, these two scoundrels had helped through the years. Two people can be a wrecking crew, but the damage done to America took thousands and thousands of accomplices – willing and unwitting. They all did quality work dismantling the foundations of our country. But, unfortunately, what remains could give way at any time.

Their work was insidious and illicitly carried out in plain sight. Their confederated distracted the watchers with contrived emergencies and conflicts. Each leads to an opportunity to legislate the breach broader and more open every time.

Outright lies covered some actions – cults of followers and acolytes of the invented crisis massed to mask other concerns.

I’m tired of being the victim of these outright raids by the Pirates of the Potomac. I’ve given all I’m willing to give. This last volley they called the Omnibus Spending Bill, Pisses Me Right the Fuck Off! Seriously!!! 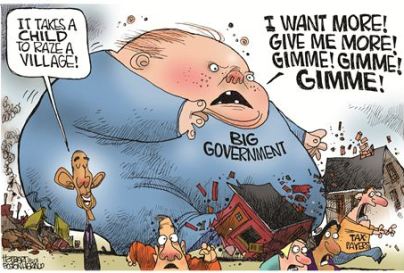 The Omnibus Spending Bill is more than 4,100 pages with 2,600 pages of explanations (6,700 pages) that was dumped into congress, with only a few days to read, understand, and comment – or sorry – no comments. It was then rammed through the lame-ass-feckless congress, adding a disclosed $1.7 trillion to the debt. The congressional budget office (CBO) says it may be as high as $2 trillion. It’s rife with rancid pork – I’ll call it what it is – Bullshit Earmarks for pet DemoSoc Handouts. It is a typical DemoSoc tactic to rape the country by circumventing the usual and accepted process of:

A proposal of this magnitude should take weeks, not hours or even days.

This process is another assault on America by the Pirates of the Potomac. This plundering gave them everything they wanted, crowed Turncoat McConnel, and more: over 3,000 earmarks and rancid porkbarrel bullshit provisions.

The penalty for piracy in the 17th and 18th centuries was hanging. After the obligatory drumhead trial, they pronounced the sentence and discharged it quickly and publically.

I think it’s high time for some public punishment of these Pirates of the Potomac! Unfortunately, their castigation will include a book deal and a congressional pension.

Have you ever wondered how a person enters federal service with a few thousand dollars and exits a multi-millionaire?

Is that rancid pork I smell? 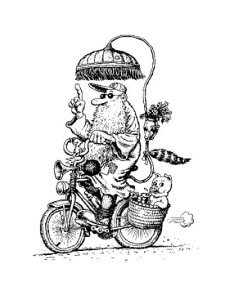 For the Amalgamated Heavy