Countless acronyms float through the ether and are woven into our vernacular. This particular acronym is a favorite of mine. It captures and embodies the essence of being prepared for the inevitability of being boned. 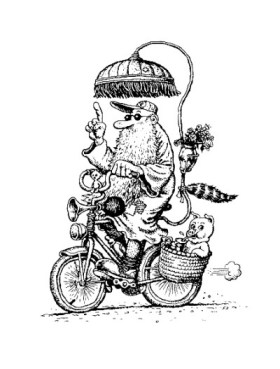 It applies when you know someone is about to ram something up your ass – you are about to be screwed!

Another of my pet acronym is BOAKYAG. It comes from my military background and our preparation for a nuclear attack. It also works well when you realize there is no viable solution. In that event, your only recourse is to BOAKYAG = Bend Over and Kiss You Ass Goodbye.

It’s a fatalistic admission, but there are times when you recognize the futility of resistance.

Well, folks, is it time to BOAKYAG here in America? At least for us conservatives and the few remaining patriots. The DemoSoc contingent should be thrilled that they will maintain control of congress. Yes, these two congressional houses are split along partisan lines, but the socialist tendencies of several RINO – Republican In Name Only – senators will sway things in the DemoSoc direction. As for the house of Misrepresentatives, well, there is a chance they’ll follow through on their campaign assurances, but committees and hearings are like kissing your sister. It is a kiss, but it will lead to nothing of consequence.

It has already happened on several critical decisions this year.

Kackling Kamala is the guaranteed socialist tiebreaker. She does the DemoSocs bidding and follows Pelosi and Schumer like a puppy. It will be a devastating time in America for years to come.

After all, that’s been the plan from the very beginning. The DemoSoc machine’s been churning out disinformation and misinformation through the Mainstream Media Mafia (MMM), thereby rigging, I mean impacting elections. Another cog in this political machine is Not So Social Media Platforms (NSSMP), a complicit co-conspirator. They censor and throttle opinions at the behest of the FBI and DemoSoc Whitehouse. They’ve all proven that freedom is an illusion, control goes to the highest bidder, and the US Constitution is a quaint and antiquated document to be disregarded.

I find it rather damning that so-called battleground states allow ballot harvesting – that practice lets third parties handle election ballots and deliver them to collection sites. It interrupts – breaks – the chain of custody and introduces a simple path to election fraud.

Put down the Hopium pipe and realize that voting reform is a fantasy. While the DemoSocs’ run the country, nothing… nothing will change for the better.

The MMM, NSSMP, and DoJ comprise the DemoSoc Enforcement Cabal. These political lackeys are formidable adversaries with hundreds of millions of corporate and Political Action Committee (PAC) dollars available to swing elections in the DemoSoc direction. Their controlling interest in swing states ensures that the DemoSoc programs are enacted in these crucial locations. Their political gravitas provided a victory in Georgia and Arizona, thus guaranteeing the DemoSocs’ reign.

My money was always on Hershel Walker losing in Georgia. Even though I’ve never met him, I like Mr. Walker. It’s not the man but the political power in play and what’s at stake for the DemoSoc party.

Maintaining power through congressional control justifies using any means necessary because – “The end justifies the means!” Therefore, even though the process or actions are illegal and unconstitutional, it’s OK… 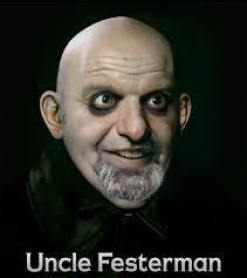 Any sane person in this country must look at the compromised election processes in states like Pennsylvania. John’ Uncle Festerman’ Federman won? The man had a stroke, is cognitively impaired, and can’t string words together to form a cogent sentence. Nevertheless, he will serve for six years in the Senate.

Our Commander in Chief is the poster child for cognitive impairment, but the DemoSoc machine camouflages his gaffs and blunders through their Whitehouse Press Secretary.

These and other examples represent American-style politics, where nothing is sacred, and everything is acceptable if it keeps you in power. Besides, no one would dare to challenge you. Even if anyone does, the Enforcement Cabal and lackeys will discredit them and turn them into public enemies.

I haven’t broached the topic of foreign influence in this machine and how it compromised this administration. That’s a topic for another thesis.

These political tactics are a page out of the Communist playbook, a scheme used by every third-world tinpot despot – control information to control people and assure control of the country.

BOHICA – Several more years of DemoSoc political control of both houses and the intentional razing of America.

Pablo Picasso observed… “Every act of creation begins with an act of destruction.” Picasso’s comment refers to food but applies, nonetheless. Anything being made requires prior destruction of some sort. You can’t make an omelet without breaking a few eggs, and you can institute socialism without first destroying the republic.

I understand that there will be new doormats at the congressional entrances. It has the preamble of the Constitution printed on it. Now our misleadership will literally wipe their feet on the Constitution, not just figuratively.

When Warnock defeats Walker in Georgia, we’ll have proof of the DemoSoc dominance and control of America. OR, certifiable evidence of America’s stupidity. Unfortunately, the knowledge is little comfort because we will no longer live in a free country; America is one step closer to totalitarian rule and a police state.

Arizona’s Secretary of State, Katie Hobbs, just certified her win as Governor. Think about this for just a moment. The person responsible for ensuring a fair and equitable election just certified that she won.

Certifying your own victory is some honest-to-goodness third-world, banana republic shit. Further, Hobbs threatened country supervisors with jail time if they questioned the results. So much for fair and free elections, not to mention free speech or honoring your oath of office.

Election tampering is expected in third-world countries, but not the United States – at least until now. So we, America, just took a giant leap backward into an often ignored chapter in our history.

DemoSocs pervasive power and control are nearly irrevocable. We’ve faced this only twice before in our history. If you try really hard, I’ll bet you can guess the first situation. It happened on April 19th, 1775.

I’ll give you a moment…

Right, it was the Revolutionary War. Then, just 78 years later, the government we established to protect this fledgling nation started a war that would pit brother against brother to wrest power from the southern states, handing it to the rapacious northern politicians. That was the war of Northern Aggression. You may know it as the civil war, but it was anything but civil. It was as brutal as the reason and strategy politicians used to rationalize it. The War of Northern Aggression was the second instance.

Although the Americans believed this dark era was behind us, it was only obscured by the lies emanating from the DC Swamp. 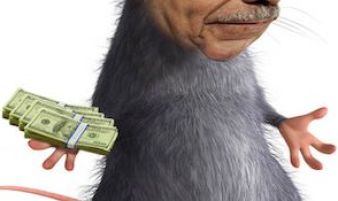 The Swamp Rats in DC misrepresent and misinform openly. The audacious swamp rats consider citizens’ rubes and country bumpkins. So they openly recite, “If you’re not with us, you’re deplorable anti-democratic terrorists and fascists”- and so says the leader of the free world…

Of course, there are Bernie Sanders socialist supporters in America. These staunch Marxists believe that government involvement in our lives is the only path to equity. Sadly, this movement extends from the UN’s efforts to institute The New World Order (Link), with the UN at the helm and America covering the costs. Several US Presidents were proponents of the great reset.

What this means for America is total immersion in socialism – fascism and a return to the autocratic yoke we cast off in 1776. It’s too bad our leaders are so enamored with the procurement and preservation of power.

Controlling the power of “We the People” is the DemoSoc goal. Our founders understood the power they ensconced for the citizens. They planned to abolish the authoritarian monarchy, reverse the roles, and return control to the people where it belonged. Unfortunately, these brilliant men – The Founders of America – overlooked what worthless miscreants’ politicians are.

Limiting what we know and how we learn it has been an integral component in the DemoSoc plan since the cessation of hostilities in 1865’s assault on southern autonomy. The DemoSoc marauders realize that informed and armed citizenry cramps their campaign – they’ve worked diligently to prevent our awareness ever since.

Consider the steps taken to change school curricula and interject socialist ideologies into colleges and academies and abolish conservative values and morays. The people who benefit most lead the change, but these advocates forget one of history’s critical lessons. The traitors to the government they just replaced are executed first, along with the lawyers, academics, clergy, and intelligencia. Once a turncoat, always a turncoat.

This country has lost my respect. Our misleaders have defiled the sacrifice of every Patriot who paid for the liberty they pissed away. We cannot return to a functioning republic until the miscreants destroying this country are removed and we return to a constitutional republic.

We will never recover from this betrayal until we erase these stains from our nation – however, we must never forget these events. Unfortunately, our inattention to history sanctioned these events, inviting these criminals to launch this treacherous attack.

The actions and decisions of presidents – leaders of the past sixty years, led us to this brink of oblivion, where we teeter precipitously today. Each of the men made choices that undermined the stability of America. When we failed to rectify their disastrous deleterious decisions, we lost the most precious gift ever given – our freedom.

All the compromises and agreements to disregard and overlook our Constitution leads me to the catastrophic conclusion that it is all intentional and will lead to one inevitable outcome – The fall of America.

It will begin with insurrection. These treasonous acts will fatigue Patriots who will revolt to regain control of this government. Their cause will be the removal of these usurpers and reinstating of the Constitution.

The administration’s response will be martial law.

They will deploy the Military to quell the uprising and return the misleadership to power. The government will win. America will become an adjunct Marxist-Leninist Communist copy and partner to China.

That’s the DemoSoc goal, and that’s the direction.

It’s a few years away, and steps still need to be taken, but rest assured, they are in flight. The DemoSocs have a plan and are executing it flawlessly.

Few of us realize what we’ve already lost.

I know I’ve missed several, but I think you get the idea. We’ve lost things we can never restore. We’ve felt the DemoSocs’ power and seen the extent of their reach. We’ve witnessed the lengths to which the DemoSocs will go and the depths to which they will sink. Yet, nothing is below them in their pursuit of the goal: to turn America into a Socialist community – just like China.

Resistance is futile; we will be assimilated… most of America has been already…

Every word from the Mainstream Media Mafia, Not So Social Media Platforms, Big Tech, The Department of Justice, and the Whitehouse is a lie!

And… America bought the bridge! (Link)

I don’t foresee any changes that will arrest this march to the extinction of America’s way of life.

America is mired in the grasp of the MMM, NSSMP, and Partisan Politics. The disorientation from years of misinformation, disinformation, and outright lies bewilders the citizenry.

Most Americans have been assimilated!

Maybe to recover our country, we need to employ one of the Work Counter-Culture’s best tactics – Quite Quitting!

Simply stop doing what the DemoSocs want you to do.

Learn to link for yourself!

Mahatma Gandhi did it for India without firing a shot. He didn’t have the interweb or the technology we possess. (Link)

If we’re not aligned in this, in total solidarity, it’s too late. 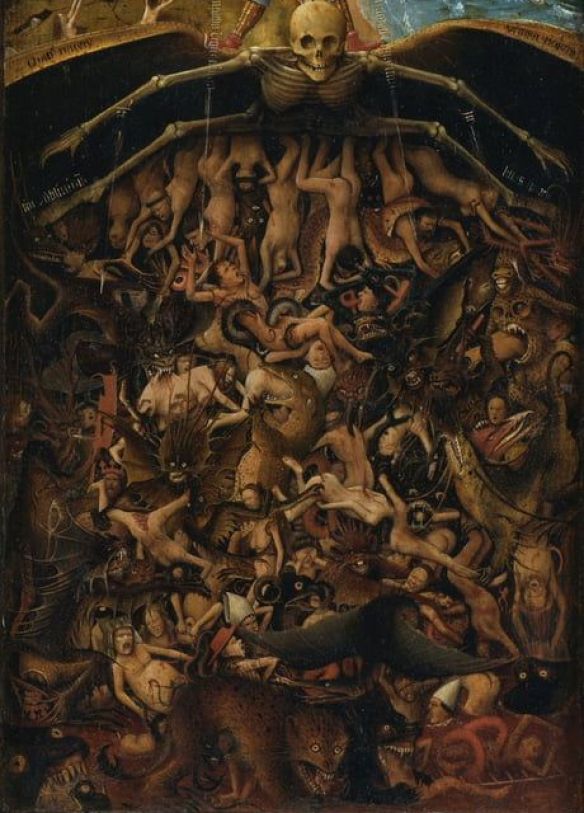 Learn to think for yourself because everything coming from the DC Swamp is a LIE!

I Want My Country Back!