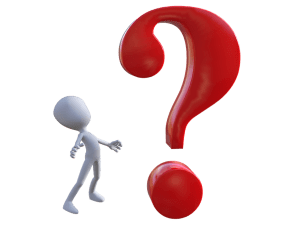 It might help if you understood I am not a supporter, so you can stop reading now should you choose. However, since you purport to represent all Arizonans, I hope you at least read through the message personally and not relegate it to your staff.

Partisan politics killed this country through your paid accomplices, the Mainstream Media Mafia. America was based on a constitution that begins with “We the People of the United States.” I trust you know the power that statement bestows on us and how it charges you to work for us, not against us.

I find it disconcerting that you choose to ignore it.

The evidence from this administration confirms we citizens are an inconvenient albeit necessary means to your ends.

I certainly do not believe the actions of this government represent “We the People…” it supports an elite cabal of mega-donors and their respective political parties – ALL parties – none are exempted. It seems to follow the old Roman tactic of divide and conquer.

Every totalitarian regime uses an identical scheme to wrest power.

Over the past fifty years, I’ve watched this country slide from a world leader to a banana republic. President Eisenhower warned of the military-industrial complex’s emerging power – I would like to add congressional to this phrase to better define this complicit and incestuous relationship.

You, sir, are an actor in a much larger plot to pilfer power and purloin this country from freedom to authoritarianism; but you wield enormous influence as a senator. When we all follow the constitution, we prosper. Under authoritarianism, we have a nation in decline – like today. I think this proves my statement above.

I find it exceedingly difficult to identify a single program suffering government involvement that successfully fulfills its intent, except for the dismantling of America. This one appears to be progressing nicely.

The continued misrepresentation of facts and deceptions by our government is a significant issue for me. What should I think when the deluge of hypocrisies contradicts the obvious?

How can thirteen million illegal aliens enter a country whose borders are closed and secured? These are our government’s words, not mine. Why are you, a senator from Arizona, a border state, not outraged?

You pretend to represent the people of this state.

Why don’t you stop this?

Is your intent to make Arizona the world’s portal and door-mat to the New Socialist States of North America? Are the other border states complicit in this plot? It doesn’t appear that Texas feels this way, but then, Texas did not join the Democrat-Socialist alliance with California, Arizona, and New Mexico.

Am I the only person in Arizona that see this as an issue?

Aren’t others Arizonans asking for action and protection?

America has a $172 TRILLION unfunded debt. Where is our voice demanding a stop to this ludicrous, fiscally irresponsible spending rammed through congress? You have all this data and more at your disposal. Why aren’t you outraged at what this does to our country?

Maybe you support the strategy to bankrupt America.

How much more money will we flush down the Ukrainian toilet before we demand an accounting and insist on the cessation of hostilities? There was a time when America had the stomach to intervene. Are we so mired in our deluded theory that money solves all problems that we see no alternatives?

The election laws in this state are a joke. I won’t go into detail; they aided in your election. Arizona is a humorous anecdote, and the epitome of a third-world country’s elections should suffice. I’m embarrassed, are you?

The Hill alleges that you vote like a California Liberal, not an Arizonan! Your voting record follows the Biden regime 94% of the time. Is that truly best for our state?

What’s happened to our protection guaranteed by the constitution?

Did the entire administration decide it was irrelevant?

Didn’t you swear an oath to honor and protect the constitution as a veteran and senator?

I shouldn’t need to remind you.

I swore the same oath when I enlisted, and as far as I’m aware, it is still in full force…