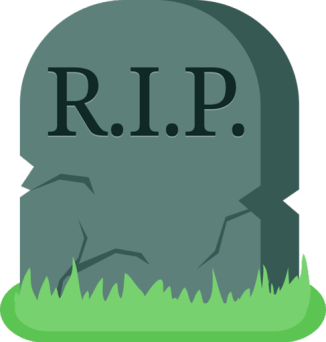 The Republic is Dead!

It’s cold here, not just the weather; a chill permeates this country. Winter mornings are cold in the desert. It’s part of the natural cycle, and so is the rise and fall of the republic. Sadly, there are enough historical examples showing the warning signs, but we pressed ahead because we knew better.

I know that we are totally screwed.

I used to believe there was a serenity in knowing that you’re totally hosed because you realize that things won’t get any worse. Well, I was wrong. Things are getting worse, and I fear this is just the beginning.

Unfortunately, nothing protects me from the cold reality that our republic is dead.

Someone killed my country!

I make no pretense about understanding politics or politicians’ rationale. Anyone who makes that claim also alleges to understand the opposite sex fully.

Benjamin Franklin was asked about his preference for a monarchy or republic. Franklin replied a republic if you can keep it. I think this says it all since we couldn’t.

I know what’s happened to us. The Mainstream Media Mafia and partisan politicians have killed my country to acquire and preserve their power. The same thing happens to every republic. Power is a seductive and all-consuming mistress.

It happened while we watched. We were distracted by the shiny promises the DemoSocs waved around – Free stuff like debt relief, free schools, affordable health care, retirement money, and security. They promised to protect us from money lenders, financial thieves, and corporate corruption.

It turns out that the DemoSocs are the wolves among the sheeple. They preyed on us. But then, that’s the way of things now. Making a promise and immediately doing the opposite. To quote our Flim-Flammer in Chief Joey DF Biden, “No Joke” indicates any subsequent comment will be a lie. (I’ll let you resolve the DF reference on your own.)

There were unfulfilled promises to the veterans who protected this country. They promised safety from the viruses they created and loosed on us to transfer wealth to Big Pharm and the Military Industrial Congressional Complex. They closed our businesses, schools, and churches but kept the essential companies open – Liquor stores and a few big-box groceries. Mom-and-pop stores will never recover.

QED – America is a stupid society.

Americans are a stupid society. We believe whatever the loudest voice tells us, which means that the Mainstream Media Mafia tells us what to think and how to react, and we follow them like lemmings over the cliff.

Oh, I left out the security theater – the pretense of action and protections – more empty words.

Americans bought the accusations and assurance of solutions. Many opted for Socialism, Democrat-Socialism. America believed the lies from the great deceiver, the huckster, the Super-Duper-Ultra-Uber MAGA hater, the Flim-Flamer in chief – Joey DF Biden.

You let the DemoSocs steal another election.

This one’s on you! 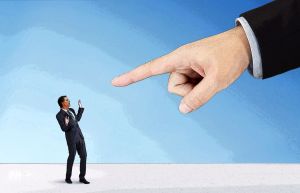 My observations may be unpopular and coarse, but it is my point of view. How could any discerning citizen not recognize the corruption so prevalent in America? How could we – you – be so stupid even to entertain the idea of fair elections?

You believe every word from the Mainstream Media Mafia!

You listened to every word from the Flim-Flammer in Chief!

It doesn’t help America that POTUS, Joey DF Biden (I’ll let you sort out the DF reference), fills the airwaves with lies that divide and insult 50% of the country. He alleges that if you don’t follow him and vote for the DemoSoc ticket, you’re a traitor, threatening democracy and the American way of life.

So much for his campaign promise to unify the country.

It’s funny that all the other moronic things he promised, like ending fossil fuel use, open borders, and student debt forgiveness, are top of this list and are crippling this country. Still, his first concern is the environment and the greeniac cult!

I make the following statement with some chagrin: I am a resident of Maricopa Country, Arizona, where the Secretary of State will certify her own election as Governer, where third graders would be a better fit to count the ballots, to conduct, and manage the process than our election board. Unfortunately, America makes third-world banana republics look good. And that, dear readers, is how the DemoSocs want it.

According to a Fox News report, many Maricopa Country polling places required voters to wait up to 6 hours to vote. Many had broken equipment. Some printers had insufficient ink supplies. But, interestingly, the Democrat enclaves were fully stocked and prepared. Funny how a bit of investigation illuminates that the problems are partisan.

How is this NOT voter suppression?

The Arizona Secretary of State and the soon-to-be governor is responsible for all elections. Yet, she refused to recuse herself – did her thumb on the scales influence the outcome?

This conduct is what America accepts as fair, equitable, and professional behavior.

But then, all is fair in love, war, and politics!

Yes, folks, there are some significant issues with voting ethics and processes throughout America.

Pennsylvania’s early voting began before their senatorial debates. Over one million ballots were received before any public discussion between the candidates. It raises some perplexing questions. Are the people of Pennsylvania clairvoyant, or was this election a foregone conclusion?

By the way, Uncle Festerman won the senate seat, even after he suffered a stroke and was cognitively incapacitated for all intents and purposes, compromised. The road to recovery from a stroke is difficult at best; only a few navigate it successfully. But then, we do have the poster child for cognitive incapacity and dementia as our president. Uncle Festerman’s performance during the debate with Dr. Oz exposed the magnitude of his challenges – yet he will be a member of Congress, proving that congress is the opposite of progress.

The Democrats win 77% of the time when there are delays in vote counting. Curiously, states that experience voting delays also allow ballot harvesting opening the door to massive fraud. It’s not coincidental; I believe it’s part of the DemoSoc plan.

Florida became a pariah in the 2000 presidential election between Gore and Bush. Hanging chads forced a recount that tipped the scales in Bushes’ favor. This issue forced a conclusive recount after the day of the election. Florida subsequently changed their voting laws to prevent this travesty from reoccurring.

Arizona is still counting ballots. I’ll wager that it will not be a Republican victory.

Occam’s Razor tells us that the simplest explanation is often correct. So it follows that there are problems with the ballot counting in Arizona, and other states, because of corruption. If Florida can fix their system, so can every other state that desires to do so. The only possible reason is that Arizona wants to maintain its broken and DemoSoc-biased system.

According to the DF Biden administration, America’s Southern Border with Mexico is Closed and Secure. I admit I’m old, and my mind is not as agile as it once was, but this makes no sense if over 13 MILLION illegal aliens have joined the 11 million already here. It doesn’t appear that the border is closed and certainly not secure, or did I miss something?

Why the lies? I’m pretty good at math. Dumping millions of people into a country will upset the balance of every community and tip the delicate political balance. But that’s why the border is open in the first place. The DemoSoce want more Socialist voters to support their Free-Stuff agenda. The missing component in the calculus is paying for all that free stuff. Sadly, we don’t know if these people are criminals or terrorists. Wouldn’t you like to know that significant fact?

The idea of printing more money to cover the costs of social programs is ludicrous because it causes inflation. I must remind you that nothing is free – for the government to give you something, it must first take it from someone else!

Who’s the stupid fool in this equation?

America’s current debt is $31 Trillion and counting, with $172.6 Trillion in unfunded liabilities. It costs $48 billion annually to maintain our current debt level without reducing it. In addition, we’re experiencing the after-effects of dumping $7 Trillion into the economy with DemoSoc attempts to spend their way out of a recession. Imagine the impact of more runaway spending. At want point do we take away their license to print more worthless money? 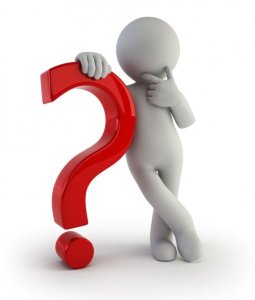 When do we call BULLSHIT!

(According to the Cambridge English Dictionary, this is a colloquial British phrase that means: “the point at which I become outraged.”) I’m passing outraged and approaching apoplectic! This litany of blunders and the intentional destruction of America has gone on long enough. The idiot pundits in this country spoke glibly of a red wave to save us from the DemoSocs. – Pass the Hopium, please…

It went as I predicted. The DemoSocs gained enough seats to prevent a complete Republican takeover of congress, and DemoSocs kept just enough seats to avoid any suspicion of impropriety. Of course, they didn’t want anyone to suspect election tampering – wink wink.

They played this one close to the vest. 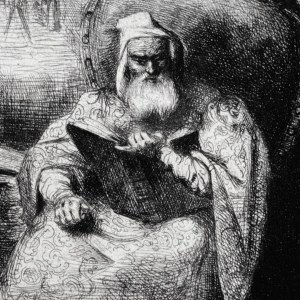 Here are a few more predictions.

There is a cancer in this country.

For The Amalgamated Heavy