We are isolated from the world by a government that controls our information. We don’t know what’s happening at home or globally, we don’t see how this country really works, and we don’t understand how it all interrelates. It’s all filtered and groomed to present the appropriate messages. We don’t know, and we don’t seem to care if it’s real or if it’s Memorex as long as it sounds good.

Even a casual scan of the news will tell you everything they deem necessary, nothing superfluous. Headlines and stories are carefully filtered and craftily worded to send the right message – the message they want us to hear, delivered by their messenger of choice, the politically partisan press.

If you’re going to see the truth, well, that will take some interest and effort to ferret it out. But as Abraham Lincoln warned, “You can’t trust everything you read on the internet.”

We see or hear sensationalized headlines about events thinking the world is about to end, and it turns out to be an outright lie. It’s inflated to boost ratings. 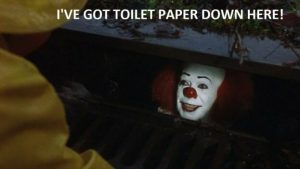 We watch Bungles the Clown in front of Congress telling us what’s wrong but not how to fix it. We watched Harris fight off total indifference while Pelosi acted like a varsity high school cheerleader, and today’s headline is “Russian Foreign Minister says the 3rd World War Will Involve Nuclear Weapons.”

Our National Deficit hits $30T, and we’re not even a little uncomfortable – because we have no fargin idea of the impact on every soul or us on this island.

Many are ignorant, but most are just plain stupid.

Ignorance is not knowing; stupid is not wanting to know. You can change ignorance with education.

Understanding plays directly on the statement above. If we don’t know, we can’t understand, but we can find out if we’re genuinely interested. But if you don’t want to know, ‘understanding’ is the word before ‘understated’ in the dictionary.

I wrote a six-part commentary about the media in June of ’21 titled “Who Wins.” The short version is that we have no friggin’ idea where the truth ends and the lies begin. How is the average person, if there is such a thing, to know what’s going on in their own town, much less in the world, or how it’s all related?

Many of us rely on the politically partisan press to keep us informed. They don’t. They keep us programmed, not because that’s the plan, but because that’s what they’re paid to do. You see, the corporate owners of these media outlets may have a political view of the world, but these ‘news organizations,’ and I use that phrase very loosely, are businesses. They follow the money.

Now you know why they use “Programming” when referring to television, radio, and print media.

“We now return you to our scheduled programming.”

Their profit comes from advertising; the rates are determined by how many viewers are present when the ads are broadcast. The process is consistent across all forms of media, both broadcast, and print. These corporations charge accordingly. The average rate for a national TV ad is $342,000 for 30 seconds. The same ad during the Super Bowl costs, better sit down, $6,500,000.

That should provide a decent perspective.

These are businesses! They have some ethical constraints, morality is not in the equation, but most of all, ‘put succinctly’ they are ‘whores.

That’s the crux of the six-part article.

I could have saved hours of work if I’d just said it that simply. But, I did love writing that piece.

Now about the title: This Island America.

Imagine being on an island with just Provda.

There is an intentional wordplay here. I think the Russians have an ironic sense of humor. 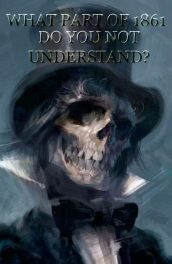 You are isolated from the world. – You are in America. Fortunately, we still have the internet, with few constraints on content validity, except for the BigTech corporations that electronically monitor content using computer algorithms to spot-correct specific phrases and keywords. And as Abraham Lincoln warned, “You can’t trust everything you read on the internet.”

Many people don’t care about world events. I constantly hear, “Why should I care? I can’t change anything…” If that’s how you feel, then you are absolutely correct. Why do you vote? Or do you?

About number 1 above, we don’t own this country, and we do not control the government. The Supreme Court decided that in 2010.

We’re living with the repercussions of this today.

The 2020 election cost $14 Billion. DemoSocs raised $6.9B and the Republicans $3.8B. Distribution and contribution data are available on the interweb.

Over 41% were “large individual” contributions – Corporations…

Who owns this government? Who’s in power?

If they can financially determine who makes the decisions, they control the decisions made. Think about that. Corporations OWN this country. Don’t think for a moment they care anything about what you want or what’s best for this country. If it happens to benefit you, or any of us, that’s absolutely unintentional and totally inconsequential. 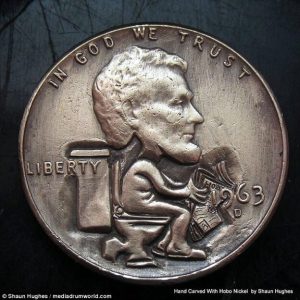 As for number 2 above, shitty choices, the sequence, and the double entendre to #2 are not accidental. I’m going to quote Mr. Carlin this because it’s an important message.

I don’t think the public sucks; I think we’re stupid. We don’t do our homework. We listen to the “programming” from the politically partisan press and decide our future based on popularity.

Joe Biden (Bungles the Clown) has been in politics for over forty-seven years, and in that time, he has gotten every decision wrong. Even Barack Obama warned us – “never underestimate Joe’s ability to fuck things up.” But we didn’t listen. America was too busy executing their programming – following our instructions released through the politically partisan press.

The ongoing John Durham Russiagate investigation exposes the depth of this conspiracy and… it involves… wait for it… our government agencies – agencies, controlled by – political parties – who are owned and controlled by – corporations, NOT the citizens.

That kind of ties this all together, doesn’t it?

According to ‘Truth in Accounting,’ a Chicago-based non-profit, our actual national debt is $141 Trillion. The $30 Trillion, as we’re led to believe, does not include budgetary promises and shortfalls – each taxpayer’s share… $919,000. Please read this site for a complete explanation of this number.

Our national debt is actually owned by: data from The Balance.

Please read the entire article for a clear picture. It’s a great site to explain the art of being broke. But, the quandary is that we own the money we borrowed to ourselves. I know; I’m still scratching my head about that one. 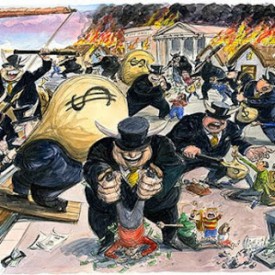 I have a brother-in-law in the banking world. Maybe he can use his magic crayons to draw me a picture or an explanation or perhaps a map of how this works.

I’ve been around the bush too many times, and I can see that you’re weary of my circumlocution and this merry chase.

When you consider how we get the profusion of laws and regulations and their ensuing confusion… Then you try to untangle this rats-nest of legalese and double-speak only to be completely lost in the weeds… You realize we are ignorant and being hoodwinked.

Please refer to the transcription of Mr. Carlin’s monolog on voting above. You’ll start to understand that we, the people of this country, did this to ourselves. And we continue to echo these same repetitive nonsensical behaviors expecting a miraculous event to save us. Yet, we fail to recognize the insanity involved because we are genuinely ignorant and uninformed. The people we put in office lie to us continually – we pay them to do it – and we keep re-electing them!

We buy the products and services advertised by the politically partisan press; that greenlights the process.

We vote based on popularity, not substance which exacerbates this problem.

We have met the enemy, and it is us…

As the Eskimo bible says:

“Many are cold, but few are frozen.”