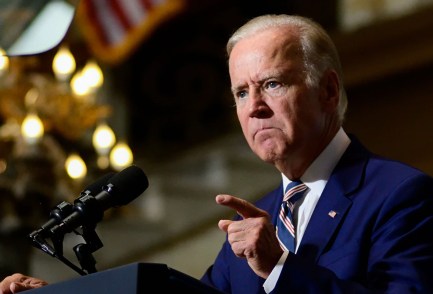 A most excellent friend, Kastle, frequently sends me thought-provoking articles like this one by Lew Rockwell: “Where is the Executive Order?”

Mr. Rockwell’s post tackles the tender topic of Executive Orders (EO), opening the curtain a little more; precisely why we take time to write articles like these.

The EO for the General Covid Vaccine Mandate is missing from the Federal Register. You know, the part that requires businesses to fire unvaccinated workers and demand that all Americans be vaccinated. Neither of us can find any legal or legislative basis for the edict to vaccinate the country. It seems a bit capricious to me.

If there is no EO, there is no mandate, therefore, no legal basis. Mr. Rockwell’s post sparked the idea for this article. How does this work if nothing backs up Bungles the Clown’s official yet unConstitutionally based demands, edicts, proclamations, or laws?

Didn’t Bungles erase almost everything Trump with the stroke of his mighty Excalibar EO pen? We’re living the results of that fiat, and there are more setbacks stored in his ball-point blade.

“Because I said so!”

I can honestly say that I never heard this phrase from either my mom or my dad. We were asked to do it rather than told – an excellent tactic for leaders, by the way.

Because I said so – is the most ignorant justification I’ve ever encountered. Directions or requests usually allow for a choice of how to comply. Orders leave no choice.

At some point, you agreed implicitly or explicitly to follow these directions. “Because I said so,” leaves no room for discussion or choice – it is an order, and you don’t need to know why – just do as you’re told. That’s the power of an order.

Throughout my time on this potential paradise we’ve ravaged, I’ve heard the phrase – “Because I said so” – too many times and in too many circumstances. It infers that there is no good reason for the demand, or you’re beneath me and don’t deserve an explanation.

Too many of us became accustomed to this rationale as children – too bad we never learned the power of concise explanations or respect. We all deserve a thoughtful reason, and we are certainly worth the few moments it takes to deliver them.

Have you ever considered requesting rather than commanding?

This article is about our Clown Prince and his dictatorial penchant and the autocratic ax he swings.

One would think that after nearly fifty years in government service, he’d understand the process.

He knows very well how the system works.

In his mind, as the president, he is above the system. He sees the Executive Order (EO) as a carte blanche to enact his whims.

He embraces, “Because I said so” as his modus operandi.

Bungles the Clown is much like Pharro in the movie “Ten Commandments” – whose spoken commands ended “So let it be written – so let it be done.”

You should take some time to read these on The Federal Register, where all officially sanctioned actions are recorded.

EO-14043 – Vaccinations are required for federal employees, but nothing in this or a subsequent EOs extending it to private businesses with 100 or more employees, so it’s “Because I Say So.”

Please note that constitutionality nor legality preclude Bungles the Clown from demanding whatever meanders into his bamboozled brain. His hubris encourages his insistence to “do as I say – I’m the President!”

“Because I Said So!” 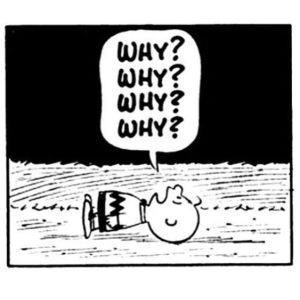 Just because I said so seems a bit feeble, but coupled with the powerful pandering press and the Backdoor Big-Tech, well now, that’s a horse of a different color.

What we face with this Bungles the Clown is a surreptitious coup of sorts in concert with his willing compatriots – The Woke Lamestream Media, Big Tech, Nasty Nancy’s Numbskulls of Nonsense, and the Sorority Squad of Socialists. There is nothing to support his bullying or intimidation except the threat of social disenfranchisement. Least we forget that Bungles has weaponized several agencies to enforce his edicts.

He barks and bellows about what deplorable cretins we are but needs us to buy into this lunacy. I find it strange that a person claiming to love this country can hold his constituents in such contempt; aren’t we the country?

Here’s the transcript of his speech where he blames the unvaccinated for the slow economic recovery. He takes credit for the vaccine’s availability and several other equally ridiculous claims.  Video

The topper is how he will weaponize another governmental agency – The Department of Labor – to issue edicts requiring vaccinations for all employees. He’s enlisting business owners to do his dirty work threatening to fire unvaccinated employees.

“Because I said so!”

Any non-compliant businesses will be fined and publicly ridiculed by the Woke Lamestream Media, Big Tech, and the Sorority Squad of Socialists.

Here’s a quote from that speech.

“And guess what? Unlike China and Russia, and others, we’re not asking a single thing. Not a single thing in return. Nothing. Nothing. And it’s having a profound impact on how we’re viewed.”

I encourage you all to read this meandering and pointless self-serving speech. Bungles the Clown finds us contemptible, deplorable, despicable, and disgraceful.

We’re not asking – we’re demanding that you take this vaccine, or you will be fired! I can hear the adulation –

There is a trite saying about hindsight being 20/20, but only if you learn from your mistakes. It is also said that the best way to learn is to make mistakes.

I say that those who do not learn from mistakes have learning disabilities.

We ALL have a learning disability because we let this happen time after time.

I know it’s not Politically Correct… So cancel me.

Acknowledging the existence of the “Because I Said So” excuse in our government. Hopefully, it should roll the curtain back a little further, shedding light on other ploys of Bungles the Clowns and his  Posse Comitatus Cancel Culture.

Here are a few hints:

All “Because I Said So…”

You can see the continuous stream of lies and dictates from this tin-pot potentate all to advance his cause to dismantle America – the country he swore to protect – to create his New World Order.

Bungles the Clown is the Wendell Willkie of Woke. His actions further this Sorority Squad of Socialists – Pelosi, Ocasio-Cortez, Bush, Omar, Pressley, and Talib.

Everything he touches smacks of this consummate professional politician. He will promise anything to advance his career with no intention of ever honoring those promises, and we’ll all follow along blindly because he said so… 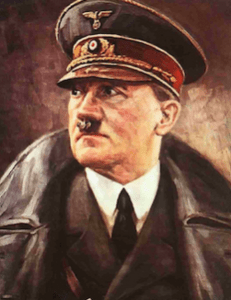 “How lucky for rulers that people don’t think.” Adolph Hitler

I know this is counter to the prevailing view, but the Wuhan vaccine is NOT like others that required our attention in the past. The most common comparison is Small Pox.

Mankind didn’t invent or create Smallpox. We identified it and developed a cure. – we modified the Wuhan virus – Covid-19.

The Wuhan virus is a biological and political weapon, which is the design and the rationale behind its creation. The rush to “cure” or prevent the spread of this terror took a few short months and was intended as a stop-gap, not the enduring solution.

We stumbled along for several months, trying to find the best possible solution to arrest and prevent a pandemic. It is no coincidence that the man with the plan was the very person that funded its creation – Dr. Anthony Flip-Flop Fauci. 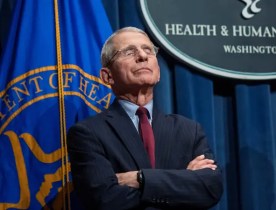 Tony had all the answers – quarantine, shut down the country, close businesses, stop all interpersonal contact to prevent the spread of this pandemic. Was there any science behind this? NO!

We did it “Because he said so.”

And the rest of the planet followed goose-stepping right along in lock-step.

Our planet faces the most insidious political plot ever devised — the release of the Wuhan virus.

It’s not just the virus; it’s what it represents.

It’s the capitulation of the human race to the dictates of its leaders.

It’s the destruction of faith in science and medicine.

It’s the extinction of faith that our government serves us.

The loss of life is tragic but inconsequential considering the loss and potential and permanent damages from nuclear war. We can sterilize an area infected by a bio-weapon like Wuhan, but a nuclear strike renders that area unusable for hundreds if not thousands of years, which is why Chemical and Biological warfare is preferable to conventional weapons.

What we see in America plays out in almost every country on the planet. The Wuhan virus is a test and only a test of things to come.

Bungles the Clown is using this opportunity to wrest complete control of America. He has us by the ‘social shorthairs,’ and he’s dragging us right where he wants us.

We don’t dare resist – we fear the wrath of The Woke Lamestream Media, Big Tech, Nasty Nancy’s Numbskulls of Nonsense, and the Sorority Squad of Socialists. 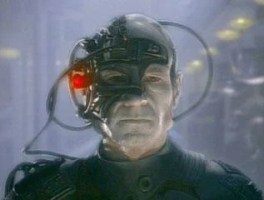 Resistance is futile; you will be assimilated.

“Because I Said So…”