Is this the finale of the Great American Experiment?

Have we reached the end of the enterprise?

When I was young, I admired and respected the president, elected representatives, and authorities. That’s how my parents raised us.

Now that I’m more aware of the siren call of power and corruption, I see these people in an exculpatory light.

I find it most unsettling that politicians so eloquently affirm a position they do not espouse. This glib cavalier approach to truth only promotes disillusion and deception.

I ask myself why I would expect anything but lies from them – my response – I don’t!

I concede that the source of my angst is that I’ve been living a lie. What’s most disconcerting about this is that it is not of my conjuring. It’s not my lie. An elite and unrelenting effete cadre of militant socialist zealots determined to destroy America foist this entire situation on us while we watched.

That is a fact, not conjecture.

Our Constitution was the bedrock of America. In that document, there are processes and safeguards to prevent the exact situations we endure today. After more than two hundred years of chipping away at it, I suspect that there is precious little left to support an entire country. We face the imminent collapse of America from our failing foundation.

It’s not our founders’ fault; it’s we, the people who succeeded them, that condoned the damage. Today, we see the fruit of over two centuries of bad decisions and intentionally circumventing the constitutional process for personal gain. We can see our fundamental rights falling away every day like chips of stone under a masons’ hammer.

We’re nearly through month nine of forty-eight with Bungles the Clown, and there is no end to how he can fumble and flub things.

President Obama did warn us: “Never underestimate Joe’s ability to fuck things up;” he said, and here we are, mired in another in the fast & furious flow of fiascos, all so Bungles can grab another photo-op for his memoirs, cement his legacy, and fulfill his imaginary destiny.

The genuine surprise is how many people defend and support Bungles the Clown. This insanity knows no boundaries or limits, but… “Who’s the more foolish? The fool or the fool who follows him?”  Obi-Wan Kenobi

Why anyone would want to be associated with Bungles the Clown’s tragic tenure defies understanding. I’d maintain a discernable distance as he blunders along with his hodgepodge of helots in tow, riding his coat-tails, sweeping up the chips, picking up his droppings, and clearing the debris from his negligence.

It’s not just this administration or the bumbling bureaucratic boobs in it. It is reprehensible that we have slipped so far down the slide of avoiding responsibility as a country and society. No one will admit or accept any accountability. Fingers point everywhere but at the guilty party.

My Great Grand Mother told me that when you point your finger, remember that three others are pointing right back at you.

It should serve as a lesson for our government.

Oh, how I love colloquial wisdom.

The following list is in no particular order – it’s a reference list of what I consider the supporting impeachable infractions of Bungles the Clown.

If you follow the news or whatever you can call the media morass, you know the details. We all have opinions about these lies, so I’m not going to expound or provide my rapier-sharp insight and analysis.

It would be challenging to rank these catastrophes since their impact is not fully matured. Some are in flight as we speak, so judging the impending debacle is impossible until the dust settles and the air clears. Just don’t expect culpability.

I add this aside – I hope against all hope that no one ever follows through on these allegations because I fear that the consequences of impeachment are far more dire than the infractions.

Maybe that’s the point of their cabinet appointments and official juxtaposition.

The Order of Presidential Succession:

What can you say about such a Commanding Clown Posse?

Ponder this for a moment. One of these people could take Bungles the Clown’s place as the Leader of the Free World. 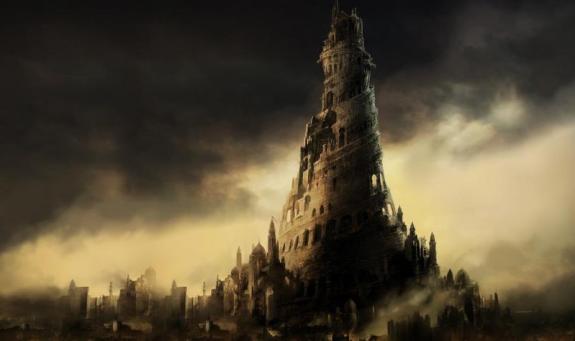 It’s like ‘Constitutional Jenga’ – pull the wrong blockhead, and the entire country falls.

This fact alone should cause any one of us many sleepless nights; in fact, I may never sleep again.

‘May I please have three Ambien and a bottle of single malt to wash them down?’ 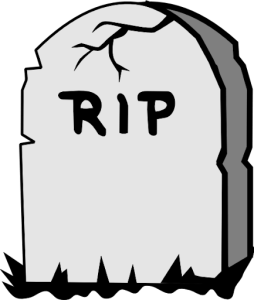 My Conservative parents raised us to respect each other, our elders, our leaders, and this country. It wasn’t until I was a bit older, wiser, and weary that I became aware of sinister politicians and their gluttony for power and corruption. Now I see them in a light tainted by reality and through the cracked lens of distrust.

There are myriad quotes about the evils of power and its propensity to twist, fester, and infect even the strongest. I don’t need to go there.

Once upon a time, long, long, long ago, I believed in America and based on the millions that will do anything to live here, I can see that they harbor a similar sentiment – if they only knew.

But, I suppose leaving the oppression and starvation of a totalitarian regime for a new democratic-socialist government that promises streets paved with gold, jobs, free health care, free education, and citizenship is quite attractive albeit unsustainable future.

Perhaps it’s the same when you leave your home for the hopes and promise of a better place. As we say in the military – There are two great assignments: the one you’re going to and the one you just left.

The saddest part of maturity and awareness is the casualty of closely held beliefs, especially in people – those who captured your youthful heart and whose sins lay them bare as you mature.

JFK was one of those men for me.

JFK moved from hero to a sterling example of a debauched, megalomaniacal politician, which is how I see most politicians.

Here are JFK’s last words from the speech he planned to deliver in Austin, Texas, on November 22nd, 1963.

So let us not be petty when our cause is great. Let us not quarrel amongst ourselves when our Nation’s future is at stake.

He talked the talk but didn’t walk the walk…

I have a deep and abiding love for this country. What’s happening to it disgusts me. I will continue to fight this corruption and fraud as an armchair patriot and do my very best to call “bullshit” when I see it.

At this point in my life, that’s the best I can do.

Only you can decide the correct course of action, and only you know how you feel about this country, and the miscreant(s) I firmly believe are leading us to ruin. Our situation is untenable, regardless of the commentary or excuses.