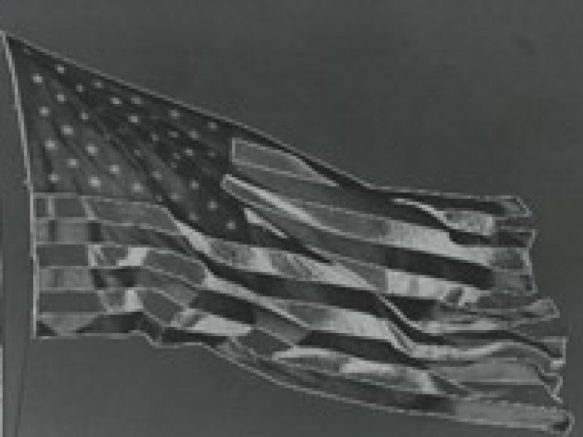 I am exhausted from following the exploits of Bungles the Clown & Giggles these past eight months.

I’ll pose this as a question, rhetorically, of course.

What have we learned in the twenty years since September, 11th 2001?

Look around and think about your response.

Here’s what I think.

In the past seventy years, we’ve won only one of the last five major wars. That’s an 80% failure rate!

The common thread here is that since 1950 our military actions were all directed by politicians rather than by professionally trained soldiers. Truth be told, our one win was managed by a general.

Our reasons for these wars are equally suspect. Fighting to preserve our freedom and our way of life is one thing, but mustering our forces for retribution is another thing entirely.

“In the councils of government, we must guard against the acquisition of unwarranted influence, whether sought or unsought, by the military-industrial complex(MIC). The potential for the disastrous rise of misplaced power exists and will persist.”

President Eisenhower told us that big business in collusion with the government would wage wars for profit. Politicians recognized that war was good business based on WWII’s quick recovery and that it is a perfect path to economic recovery, prosperity, and power.

He warned us, and we didn’t listen.

Our recent defeat in Afghanistan is an embarrassment, a blemish on this country, and an insult to our military. Our hasty post-coital retreat broadcasts a dire message to adversaries and allies alike, as do our other embarrassing encounters.

I concur with ending the war in Afghanistan. We had no business begin there to begin with, especially for continuing this occupation and colonialization for seventeen years after completing our misguided and vindictive mission.

Without warning, Bungles the Clown surrendered Bagram Air Base to the Radical Islamists in the dead of night, relinquishing the treasured high-ground and releasing 5,000 Taliban and Isis prisoners.

Bungles the Clown then ignored a perfectly feasible conditions-based exit strategy and plan that transferred responsibility and control to the Afghani militia and did not contribute $85 Billion in state-of-the-art military assets to the Taliban. The ready-to-execute plan went ignored.

Why? Because his predecessor, President Donald J. Trump, created it.

Bungles the Clown punctuated this blunder by leaving an undisclosed number of American citizens and local partisans behind. Bugles the Clown’s appalling Finale Fatale gave the Taliban the names and the biometric data for those he abandoned.

He outfitted this expanding terrorist Caliphate with $85 Billion of high-tech military hardware and biometric data to identify each and every one of them.

There are volumes written about US military encounters since the 1950s, about our few meager successes and monumental failures. No one faults the soldiers on the ground, in the air, or on the water; these volumes criticize politicians’ involvement in things they know absolutely nothing about.

These past activities call into question congress’s knowledge of anything practical except self-preservation and how to shift blame very proficiently.

A realistic, pragmatic assessment of government intervention and involvements since 1950 is a directory of disasters and leadership that is the best advocate for our enemies and a sure-fire way to make things worse – Mutually Assured Debacles (MAD).

If only we would learn.

Their ‘help’ in everything from Social programs to managing this pandemic proves abysmal; a study in spreading stupidity. I’m at a loss to name five successful government programs that actually meet or exceed their intents.

By intent, I suggest that what we are told is far from the reality of the results delivered by the legislators’, program, or action. Politicians are masters of mendacious, duplicitous, and obfuscating language, avoiding true motives.

If, however, the intent is to create a vacuum into which more government can flow – these politicians are Jedi Masters.

That’s a lot of government, too much, in fact. This increase reveals our growing dependencies on bigger government and what it has come to represent.

Remove your shoes to board an airplane?

No food on the flights?

The TSA was initially named the Federal Air Transport and Airport Security Service, but they objected to the acronym FATASS…

I kind of like it; it’s descriptive and illuminating.

Our government taps our phones, scans our emails, listens to our cellphone conversations for trigger words and phrases, reads our text messages, watches our every move on the internet, what movies and programs we watch, and which sites we visit.

They know what we buy, where we purchase it, how and how much we pay for it. They have all of this demographic data stored for future use.

They know where we work, how much we make, our bank balances, our investments, where we live, the value of our homes, the mortgage amounts, our bills, our credit ratings, our marital status, our health, and they know what we say and what we read. A big shoutout to their henchmen, censors, co-conspirators, and arbiters of the truth – BIG TECH!

Did you get that Alexa – Siri – Cortana?

Our government knows everything “EVERYTHING” about us.

Yes, boys and girls, they know everything about us because they used the dastardly TTTT on 9-11-2001 to take away more of our rights, especially privacy, via The Patriot Act. See the Fourth Amendment.

Benjamin Franklin wrote: “Those who would give up essential liberty, to purchase a little temporary safety, deserve neither liberty nor safety.”

Well, folks, we did just that!

Look back twenty years ago and recall that these additional security measures were “temporary,” and things would return to normal after we apprehended and dealt with culprits. That was the Shrub’s (Little Bush) promise. Has the government rescinded these temporary security measures?

In total, America has invested 5,884 military lives fighting in the Middle East so far since 2001. We don’t know exactly how many citizens, partisans, and allies we stranded, but we gave the Taliban a list of their names to help us look. Please accept these hostages as a parting gift — another rousing failure.

According to the Watson Institute, America spent $8 TRILLION on post 9/11 war activities, incurred or caused 929,000 casualties, and displaced 38 MILLION people – all to apprehend 19 men and kill their leader.

Allow me to sum up so far. We have lost tens of thousands of lives, caused nearly a million casualties, impacted 38 million people, we gave our government tacit permission to snoop into our private lives, and we spent $8 trillion pursuing middle-eastern wars that only our government wanted. We lost all but one of them and still have yet to find the Weapons of Mass Distraction.

Are we really safer? Are we better off? Are our leaders more forthright and forthcoming? Are we now a moral nation that values honesty, or are we continually fed a deliberate diet of bullshit by the media to help the government maintain control and power?

$3.5 trillion for infrastructure and Green New Deals to wage war on another fictitious enemy, ‘global warming,’ forcing more regulations and requirements on the country and directing us away from energy independence into a bargain with the Chinese Devil for battery-powered cars.

It mandates sustainable energy generation using unsustainable power generating processes that are 35% efficient at best. I’d imagine the remaining 65% will come from the hot air and gas from the DC Swamp.

Groucho Mars remarked: “Politics is the art of looking for trouble, finding it everywhere, diagnosing it incorrectly, and applying the wrong remedies.”

My Solution:  I suggest that we build a dome over Washington DC to contain the stupidity. We can let the States run their business for the betterment of the residents.

We can return to free-market Capitalism.

“If you put the federal government in charge of the Sahara Desert, in five years, there’d be a shortage of sand.”  Milton Friedman

What have we learned?

After all this time, 20 years after 9-11 and 71 after President Eisenhower’s warning, we have learned absolutely nothing.