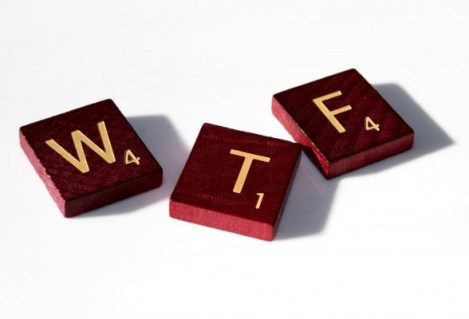 If you’re wondering what this means, I suggest that you read it for yourself. I like the connotation and the flow of the phrase. I’ve used it for about 50 years, sparingly.  Definition

I ask this rhetorically. I know the answer intellectually, but I wonder, how can we even call this America?

When did we suspend all the rules that govern us and that bind us to The Constitution? When did we allow the president to become so elite and not subject to our laws? What gives Bungles the Clown license to do as he damn well pleases?

Isn’t he also a citizen of the US and therefore bound by the law of the land? Didn’t he swear an oath of office:

“I do solemnly swear (or affirm) that I will support and defend the Constitution of the United States against all enemies, foreign and domestic; that I will bear true faith and allegiance to the same; that I take this obligation freely, without any mental reservation or purpose of evasion; and that I will well and faithfully discharge the duties of the office on which I am about to enter. So help me God.”

He stranded American citizens in a war zone!

Bungles the Clown has broken his oath of office, and he is still in power, ruining the country. There is not a spine in congress that will oppose him. Even the republicans rolled over. Not one of them has the intestinal fortitude (balls) to proffer impeachment.

Where is the America I once knew? I am disgusted!

Bungles the Clown is calling this travesty an extraordinary success and a resounding victory. The state department audaciously posted this for the abandoned Americans.

“Make contingency plans to leave when it is safe to do so that do not rely on the US government assistance.”

“It was the biggest airlift in history.” But you left American citizens behind. His actions are reprehensible!

I’m discovering more puzzle pieces, and the picture is coming into focus, coming together. What I see is deeply, deeply concerning.

Right to vote – Voting Rights – according to USA.gov, only citizens can vote. According to the same website, there is a comprehensive list of requirements to apply for and become a citizen, but nowhere on this list is presidential fiat.

The above information is germane to this post because only citizens may vote. I’ll come directly to my point.

The Illegal Alien Super Highway (IASH) is wide open and unconstitutionally dumping over One Million illegal aliens throughout the country so far. BY YEAR-END, the IASH is on track to have another one million, possibly more, potential Leftist-Democrat voters in America.

Bungles the Clown imported another one hundred twenty-four thousand (124,000) in the You’ve Got to Be Shitting Me (YGBSM) airlift.

Imagine the impact of over 2.5 million newly-minted US citizens on our already corrupt and fraudulent voting system.

Many states allow their dead to vote absent-tee – No voter ID, no residency requirements, immigrant voters, too? Many states are working overtime to dilute their voting laws, thereby simplifying and exacerbating fraud. They don’t want us to choose – they want to appoint our elected misrepresentatives.

Think about it. The states want the same latitude exercised by the federal government in the 2020 presidential election.

Our election system is SNAFU and already FUBAR. I can hardly wait for our government to intervene to fix it, make it better BOHICA.

The remaining step is for Bungles the Clown to grab his presidential magic pen and create three million new citizens with a few strokes – Presidential Fiat.

These people have NO idea about our republic or what America is – few Americans even know who or what we are. Most still mistakenly call America a democracy.

Do you wonder how Ilian Ohmar and the Sharia Woke Posse came to power?

I have no issue with a broad and varied political system. Open discourse and new views are essential to a vibrant society, but intentionally shifting the country toward socialism is treason.

What Bungles the Clown and Giggles are doing is sedition.

I am NOT xenophobic. I believe the process of vetting potential citizens is crucial to our way of life and societal health. I also think that our current immigration policy, although not perfect, it works.

These fresh imports come to us as unvetted and possible honor-graduates of the Taliban Terror Academy. Remember, they still have families held hostage in Afghanistan. The Taliban, the radical Islamists, will use any inducement to create another terrorist attack, a suicide bomber, an active insurgent to further their Jihad.

The Taliban and Al-Qaeda HATE America and everything we stand for and everything we are. They actively recruit – willing and often unwilling – trainees for the TTA. They would not hesitate to murder anyone to satisfy their Jihadi quest.

Why was Bungles the Clown in such a rush to ‘rescue’ these people from Afghanistan and abandon American citizens?

There is no answer. If there is an impending response, The Whore House will spin and twist the narrative to a positively glowing report where Bungles the Clown & Giggles are the salvation of the human race and champions of the American way of life.

Any blame or failure falls on President Trump.

This increase of voters exacerbates voter fraud to an entirely new level. My terror assessment is at Bright Red! As far as I’m concerned, and based on what I’ve seen from Bungles the Clown is intentionally importing terrorists to further his nefarious goals. 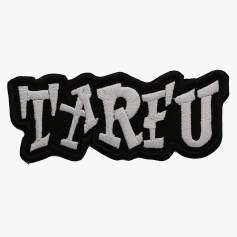 I can’t believe my eyes. I can’t believe what I’m seeing. I cannot fathom the invertebrate scum in congress allowing this to continue. But, who can fault them for doing what they do best – protect themselves and their cushy job where a positive outcome is happenstance and reelection is the only real goal.

I want some accountability!

No business on this planet would condone the failure rate we tolerate from congress. A boss would summarily discharge anyone of us for failing as often and as monumentally and catastrophically as congress. Yet, we condone it from our elected misrepresentatives. Worse yet, Lamestream Media helps them bury, spin, and hide these misdeeds.

A recent article in the Epoch Times by Mark Tapscott indicates that the actual debt facing America is closer to $133 TRILLION, accounting for the underfunded Social Security system $40 Trillion, mismanaged Medicare at $55 Trillion.

This is what closed-door meetings and back-door dealing get this country. I guess The Crypt Keeper Pelosi is right; Democrats had to pass the bill to see what’s in it. Now there’s true fiduciary responsibility.

Where is the trust? Who can we believe? It certainly isn’t Bungles the Clown. His every word contradicts what he said previously.

The more information that comes to light about this Abysmal Afghan abandonment, the more I realize that Bungles the Clown, and the entire seated government, constantly and continually lie to America.

We cannot trust them.

There is a truism that says, “You know when a politician is lying because their lips are moving.”

Are we any better off in the eight months of this presidency? Everything Bungles the Clown touches and does is an unadulterated and unmitigated disaster. There is NO accountability – NONE!