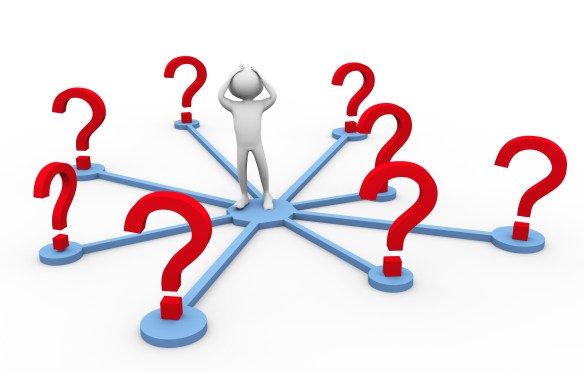 To choose or not to choose, that is the question: Whether ’tis nobler in the mind to suffer the slings and arrows of outrageous bullshit or to take arms against this sea of crap and by opposing end it.   (adapted from Hamlet – the play, not the pig.)

“Those who would give up essential liberty to purchase a little temporary safety, deserve neither Liberty nor Safety.”  Benjamin Franklin

Todays, inspiration is from a FaceBook Friend (FBF) who posted, “Drunk driving kills 20,000 Americans a year. Imagine saying, “Driving drunk is my personal choice; wear a seatbelt & drive sober if you’re so worried.

I’m not sure of the intent, but as I interpret this, it seems to advocate mandatory vaccination – and that wearing a mask is akin to wearing a seatbelt and driving sober.

The vaccine and masks save lives, so they should be required.

Opinion is the point of my article. More correctly, the right to have and express an opinion. It is neither right nor wrong. It is just a thought and a matter of choice. We use words to give it form.

I contend that vaccination, of any kind, is a still personal choice, whereas in many cases, wearing a mask is not; however, you are free in every case to ignore the suggestion, but you may suffer the consequences. It is very much like deciding to drive while intoxicated.

It is your choice, but there are legal corollaries.

If your choice causes you to contract the Wuhan Virus, YOU alone are responsible for that choice. If you are concerned about possibly Riding the Wuhan Express, you can wear a mask and opt for vaccination. Guarding yourself against the irresponsible acts of a drunk driver in another matter entirely. 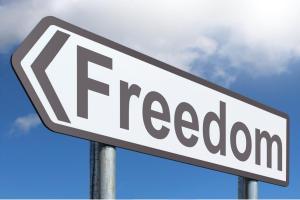 Our liberal interpretation of freedom opens an interesting door. Freedom is not, however, a license.

The rationale behind this FaceBook comment is like blaming guns for killing, spoons for obesity, and pencils for spelling errors. They have nothing whatsoever to do with one another except that they are tools and results, yet we quickly and easily rationalize the analogy that directly relates them. The protective mask and vaccine are simply tools.

But, in the end, they all require interaction with humans. 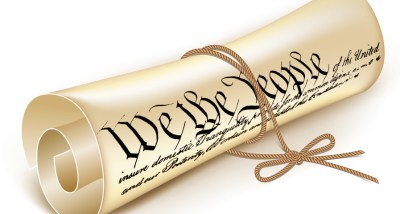 “Congress shall make no law respecting an establishment of religion, or prohibiting the free exercise thereof; or abridging the freedom of speech, or of the press, or the right of the people peaceably to assemble, and to petition the government for a redress of grievances.”

To paraphrase: It guarantees freedom of expression by prohibiting Congress from restricting the press or the rights of individuals to speak freely.

What I don’t read is the freedom to act irresponsibly or to be personally capricious. This is a crucial point.

Our convenient interpretation of these profound words advantageously misrepresents these freedoms as endorsing or sanctioning cavalier and irresponsible personal behavioral choices.

Responsibility is something America has abandoned.

When you read Amendment I of the Constitution, I find precepts that protect fundamental privileges to choose how and whom we worship, what we say and write, for the press to report what they see, gather together, and petition the government to address our concerns.

The Constitution does not advocate censorship nor the policing of speech for content. The propriety of the message is implied and expected by the Preamble to the Constitution. It means that we are answerable to and for each other. “… establish Justice, insure domestic Tranquility, provide for the common defense, promote the general Welfare, and secure the Blessings of Liberty to ourselves and our Posterity.”

There isn’t too much to say about this, except that somehow we consider a petition and a peaceful assembly more anarchic than a formal grievance process.

Read the definition of a petition and appreciate the absence of words like demand, insistence, mandate, require, and riot. It is a process to request changes respectfully from superiors or authorities.

This freedom is ‘off the rails as far as I can see. Like all the other freedoms in Amendment I, we corrupt this to fit our needs ignoring the operative word PEACEFUL.

Rioting, burning, and looting are NOT peaceful activities. They are, in point of fact, diametrically opposite peace. Peaceful Assembly is one more in a long list of opportunistically redefined things to justify, rationalize, and excuse our behavior. 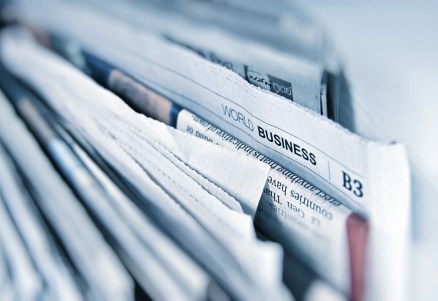 I’ve expressed my feeling about the press in several past articles. In summary, we’ve allowed this perversion to include wanton disregard for honesty and integrity to include lies, misinformation, treachery, treason, disinformation, pandering, and innuendo for profit.

What do you believe, and in whom do you believe is your choice. The intent is not to dictate a state-sanctioned religion but to allow us to decide how to follow our faith as long as that does not infringe on anyone else’s rights to life, liberty, and pursuit of happiness.

Interestingly, it implies that we have faith in a higher power or something other than ourselves.

You cannot forcefully or violently exercise your religion. That is against our laws.

“If liberty means anything at all, it means the right to tell people what they do not want to hear.” George Orwell

Speaking what must be said and expressing an opinion is the point here, but it requires restraint and diplomacy. It also requires delicacy.

Free speech does NOT allow you to pummel or beat your opinion into a non-receptive or disinterested party.

In every case, a thoughtful, proper attitude and delivery are essential.

A mentor shared that “Diplomacy is telling someone to go to hell, and have them look forward to the trip.”

All of our freedoms imply choice, which is a fundamental part of America. You can choose to follow the law of the land, the laws of the bible, the laws of etiquette, the laws of physics, etc. Or you can ignore them.

Your selected action has commensurate rewards or punishments. That is YOUR choice. You can interpret punishment as an inducement or encouragement to follow a specific path, but it is still your choice. We are not anarchists. We are a country of laws set in place for the common good and mutual safety.

It’s said that the pen is mightier than the sword, but words can wound as quickly and more deeply. They can heal as easily as harm, unfortunately once said, cannot be unspoken.

“It is by the goodness of God that in our country we have those three unspeakably precious things: freedom of speech, freedom of conscience, and the prudence never to practice either of them.”  Mark Twain

“Defund the Police” is a prime example of a radical call for social justice and reform regardless of the impact. But the implications and the follow-through it created have done immeasurable damage that we may never undo.

The immediate results are rampant crime and near anarchy in many major cities. The impact is predominantly in the most impoverished communities and against the people it was intended to help.

Who will stand responsible for this?

No one. Our new definitions of freedom absolve everyone of culpability. I see this as the same crime as yelling FIRE in a crowded theater.

“We are masters of the unsaid words, but slaves to those that slip out.”  Winston Churchill 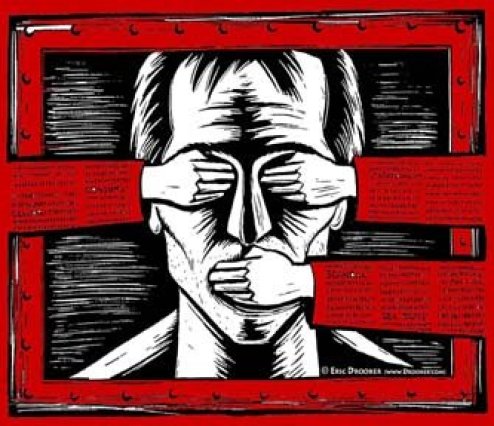 Free speech as a privilege, as I said above, requires restrain and awareness of your surroundings. Being cautious not to offend others is essential. Unfortunately, we’ve taken this to the extreme as well.

We are so overly sensitive that we even take offense at excluding the word WOMAN in the Declaration of Independence. If we include all of the possible new lists of gender descriptors, it would be an unending litany of emerging variations of nonspecific and all-inclusive fringe elements.

According to ABC News, Facebook has a list of 58 gender options identified. Just imagine the debate in the Continental Congress working through that discussion.

Our desire for decency, sensitivity, and inclusion was never intended to restrict any rights or privileges. Still, our liberal perception and reinterpretations erase God from almost all federal buildings and public places. It bans prayer from public events and in schools. Cause us to tear down statues and monuments, rewrites our history, bans children’s books, or classify their programs as racially divisive and inappropriate.

The Biden konigreich know censorship is illegal, so they enlist private corporations to do their bidding. They have the power to ban Presidents and Senators. Are they not the people we need to speak on our behalf?

How can they be pro-vax and block anti-vax rhetoric? But then we have progress and congress, don’t we?

How is it possible for the radical left to monopolize the narrative and block the conservative right?

“Whoever would overthrow the liberty of a nation must begin by subduing the freeness of speech.”  Benjamin Franklin