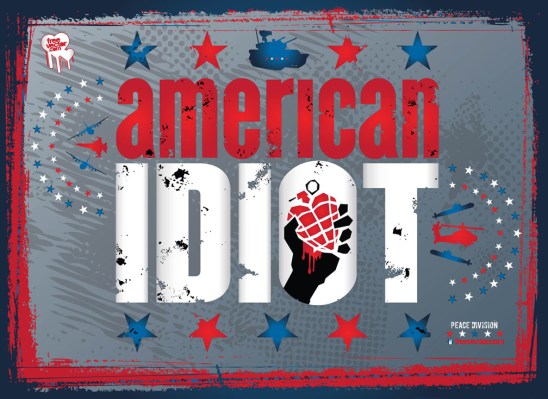 Monsoon season in the desert is a welcome respite from the dull blue cloudless sky and oven-like heat of our seemingly interminable summers. With rain comes changes: the desert greens and flowers bloom. The humidity exceeds 80%, making this feel more like a swamp; remember, <20% humidity is our norm — even the desert changes.

These Monsoon rains can dump several inches of rain on the bone dry and hardscrabble desert in a few minutes. Most of the year, the Arroyos Seca are empty but rapidly fill with water, and other debris washed down from the desert landscape – flash floods. Any low spot in the terrain fills with the runoff. That includes underpasses and dips in the roadways and streets.

One would think that ‘feet of water’ markings on the overpass support pillars might deter someone from entering the water. The large warning signs “DO NOT ENTER WHEN FLOODED,” might also cause these would be auto-submariners to reassess their trajectory.

It never fails that emergency services fish out some oblivious driver.

Text messaging while driving, or Driving While Oblivious (DWO)?

Einstein said: “Only two things are infinite, the universe and human stupidity, and I’m sure about the former.”

I found hundreds of definitions for Idiot, all of which include the words foolish and stupid, so I won’t belabor the point.

Idiocy in this country seems to be growing exponentially. When I think we’ve topped out, people take it to the next level. I refer to the reliance on the Main Stream Media for their information and our tolerance of the absolute shame we call a bloated government.

Regardless of what the media and the government tell you, they ALL have agendas. Yes, all of them are political, supporting one of three major political ideologies:

All media conform to or support one of these ideologies. Some attempt to blend them. Some even attempt to provide unbiased reporting. These are in the Lilliputian minority. But those are agendas, after all…

In a recent post, Who Wins, I listed media sources by ideology. If you’re curious, you can read all about them. OR, look online for the lists.

Regardless of your leanings, and I really don’t care about your politics, you are a product of what you read, consume, and absorb.

Most importantly is your level of indoctrination.

These are crucial points.

We think that education is a tortuous path requiring years and years in the classroom of a formal institution. What passes for modern education is nothing more than indoctrination – institutionalization.

It’s memorization and training by rote, never learning the origins or backgrounds for the information. The key to education is learning to question and developing curiosity; Call it thinking if you need a name.

Our institutions no longer teach the importance of curiosity or thinking. You learn to embrace what you are told but are never encouraged to question it.

These are the fact, and you never examine facts! – WRONG!

We don’t learn to think; we learned to accept things at face value. We were taught to believe, not to discover for ourselves.

The phrase “because I said so” comes to mind.

You may have received a straightforward answer personally, but you will never, never find an honest reply in the media. There is always, always, always, a deflection or a question answered with another question. The response is interpreted and regurgitated – run through the corporate agenda mill. That’s the art of politics. That’s what we accept.

If you buy this, you are an idiot… but you’re not alone. You have lost of company.

According to an article in Poynter about media trust, America ranks dead last among the 46 countries surveyed. Even the New York Times said that 59% of Americans don’t trust the media. Yet, we still conduct our lives based on the headlines and sound bytes from the mainstream media.

Headlines and banners are what you’re brainwashed to read. Remember back in school when you ‘skimmed’ a reading assignment or bought the cliff-notes version. I do. Later in life, I discovered that there are no cliff notes for many of the things I encounter. I also found that reading the entire book was quite pleasant and somewhat informative.

Much of the enjoyment and flavor of those books and experiences come from the unabridged variant. Now, I read a lot, and I try to savor the lesson of trying, failing, and succeeding. You can’t cheat life; there are no shortcuts.

“The hurrier I go the behinder I get.”   Lewis Carroll

As we rush headlong through life, we skim the headlines and banners as we’re socialized to do. We’re media-savvy but foolish enough not to look behinds the curtain or to dig a little deeper. Face value judgments and decisions are just stupid.

Wuhan Virus is probably the most salient example for my premise.

Where do you look for the truth?

Whom do you believe?

Is it the media, the CDC, the government, Dr. Fauci, Congress, Senate, who? Where do we go for the truth?

If there was ever a more appropriate lesson, I can’t think of it. Not one of the groups involved in the Wuhan Virus – Pandemic – debacle can agree on where it started, how to prevent it, how to cure it, what to do about it.

They can’t even send a consistent message.

WHY? Why all this confusion?

Because the Wuhan virus is a fantastic political weapon! The government figured out that FEAR is a powerful tool, something any garden variety dictator knows.

The spread of the Wuhan virus is based on two factors:

1. How dense the population is.

2. How dense the population is.

“No problem can be solved from the same level of consciousness that created it.”   Albert Einstein

We race through life, speeding toward the flooded Arroyo heads down, never seeing the signs, awaking under water wondering what just happened.

We throw around massive amounts of money as if it was just a few dollars: $50 billion, $30 Trillion, $200 Million, which are enormous amounts of money. Can you conceptualize the number of $100.00 bills it would take to make One Trillion Dollars? 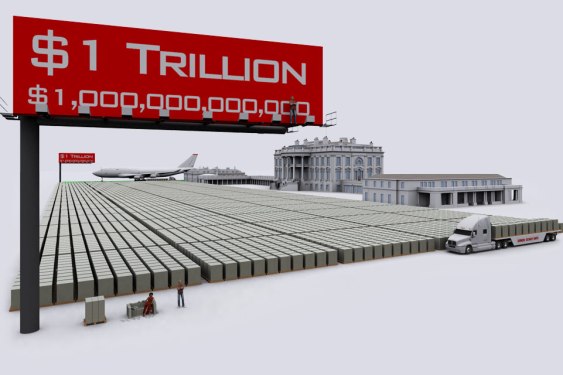 Our debt exceeds $28 TRILLION. That means that we OWE that money. It’s not sitting in a drawer or in an account. Yet, we continue to write checks on an empty account. 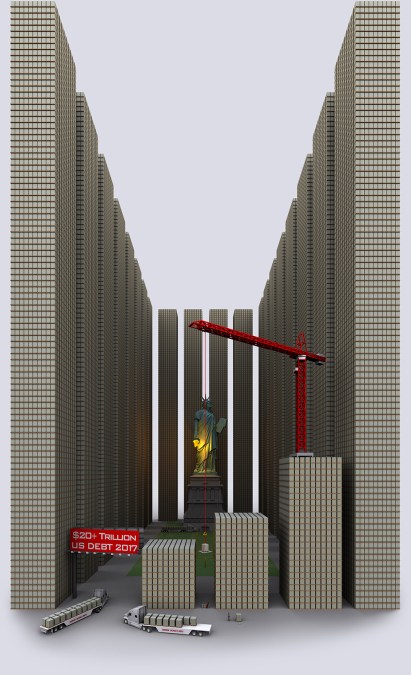 Doesn’t anyone wonder where we get these funds?

A private individual would face prison time for ‘kiting checks,’ but our government is totally and completely immune.

Our omnipotent government never blinks. It rushes headlong into the abyss using the same stupid thinking to solve the problem they used to create it.

I want to pose a thought experiment.

Suppose you want a new car. You don’t have cash, and like many Americans, your credit card account is maxed out, and you owe points on your FICO score. What do you do?

If you’re like our government, you just write a check. Do you think the dealer or the bank will approve of this expenditure?

Your children need clothes for school. Your spouse wants new clothes for work. The sink leaks. There’s no food in the kitchen and… You’re out of work and only one income, and the bills are mounting.

What’s the next step?

It’s what our government does.

They call it deficit spending.

It works fine for Congress, but not for us mere mortals.

We tolerate this from our government, but they don’t condone it for us. In fact, they prosecute us for the very same things they do regularly.

The above scenarios are simple nonsensical examples, but the thought process and execution are the same.

Our government does whatever it wants, even if it breaks laws.

You see, they are above the law because they make and enforce the rules.

They can pick and choose which ones to follow and which rules to use as clubs.

Imagine, if you will, that I am an idiot. Then, imagine that I am also a Congressman. But, alas, I repeat myself.