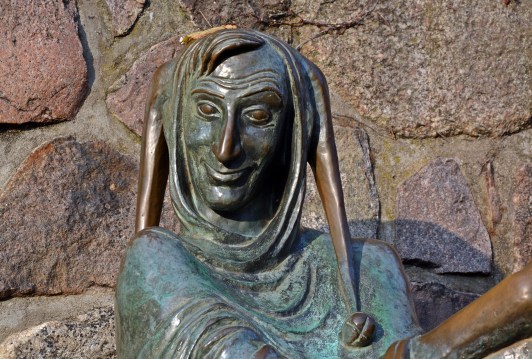 A late in the day text from a most excellent friend suggested this title, and like with so many other of his ideas, this one comes at a perfect time.

I happen to agree with his assessment.

I’m sure it was a Monday, about forty years ago. Sometimes good happens on Monday but not too often. This day was different because I remember the sense of total disbelief as I awakened. Ronnie Raygun was now president, and the Iran hostage crisis was over. He allegedly cut a back-door deal to hold them until after the elections so Carter wouldn’t get credit.

Was it a coincidence?

How could it be that easy?

That Monday, I began to question everything, just as the Franciscan Brothers had taught me to do. I don’t typically accept things at face value. I require proof, validation for the assertions. This Monday was my renaissance. I began searching again, and Occam’s razor proved true.

If you’re wondering about religion and belief in a Higher Power – I am convinced and may cover that in a future post, but now is not the appropriate time.

Even after forty years, the Brothers’ teaching is still an integral part of my thought process. I require more substance to form an opinion, which proves to be a challenging task in these days of the internets’ glut of disinformation and lies. Yet, I still manage to wade through the morass of mendacious minutia and share what I discover.

All this begs the question… just how stupid are we as Americans and as a society?

Are we all idiots?

George Carlin said: “Think of how stupid the average person is, and realize half of them are stupider than that.”

My last post about the media (Who Wins) discusses how the government uses misinformation to deceive, misguide, and manipulated us to maintain their power. Most of us accept what the media regurgitates as truth unquestioningly.

“The supreme art of war is to subdue the enemy without fighting.”  Sun Tzu

If you believe, I mean really believe that America is headed in the right direction; you are deluded and part of the problem.

All evidence to the contrary.

I don’t blame you, because you are a product of the socialist doctrines taught in our institutions. You just don’t know any better. What passes for modern education is actually indoctrination.

The reconstruction and rewriting of our history are now nearly complete. Once removed, there is nothing to refute any assertion that White Privilege and Systemic Racism created America, the message the elite would have us believe.

America is moving in the correct direction. Is this what you think? Ask your children? Follow the news feeds. Read the tabloids. Watch any news source. They’ll all tell you how lost and misguided we are.

An elite group of billionaires has a plan for this country. History is replete with examples of failed feudal systems. In case you don’t remember: that is “…the political, military, and social system in the Middle Ages, based on the holding of lands in fief or fee and on the resulting relations between lord and vassal.”

History is also chock-a-block with authoritarian and totalitarian governments that failed miserably, but only after protracted and bloody conflicts. What replaced most of them…

In every case but one – it was Socialism or Communism.

The singular success was the independence of the thirteen original colonies that became the United States of America who formed the Representative Republic, the system we use today.

Let’s jump to twenty-first-century America and our current predilection toward Democratic Socialism (Communism), which is … ” A system “of social organization that advocates the ownership and control of the means of production… and distribution, capital, land, etc., by the community as a whole, usually through a centralized government. It is also a system of social organization in which all economic and social activity is controlled by a totalitarian state dominated by a single and self-perpetuating political party.”

America is fundamentally fucked. This insipid socialist doctrine permeates our lives. Even the military, the last bastion of sensibility and loyalty to the American Way and esprit de corps, is WOKE, embracing and imbued with Critical Race Theory (CRT). The one place where blindly following orders is mandatory for our survival has now gone socialist.

These recordings keep playing in my head:

If we accept anything less, we genuinely are idiots.

There is neither sufficient time nor space to list all of the things the government is doing wrong. The issue is that we let them do it. We surrendered our control and allowed our elected misrepresentatives to tell us what to do. They took power because we handed it to them on a gilded platter.

We had the best of all world systems in America. Our liberty and freedom were unparalleled by any standards. Our government is chipping away at our freedom, one executive order and congressional resolution at a time.

I intentionally used past tense because I think it’s too late to recover from the damage we’ve allowed. We replay the same scenarios throughout our nation’s history. Since the War of Northern Aggression – some call it the Civil War – we continue to let our leaders divide and attempt to conquer this country.

Ask this simple question: Are We Better Off? Have things improved with more government intervention and control of our lives?

I’ll admit a few gains like the Constitutional Amendments are significant steps forward. They refine and further define the founders’ intent. Still, the plethora of laws and bills that strip our rights and transfer control to the government item by item are out of control. In the 115 biennial congressional terms, more than 30,000 statutes were enacted since 1789. Did you approve any of them? Did you even know about any of them?

“Rights aren’t rights if someone can take them away. They’re privileges. That’s all we’ve ever had in this country, is a bill of temporary privileges. And if you read the news even badly, you know that every year the list gets shorter and shorter.”  George Carlin

Are we better for congress’ effort? With few exceptions, our privileges diminish, and our indebtedness increases.

We Are All Idiots.

The magnitude of this has come to light over the past few years. We slide further down that slippery slope toward complete governmental control and total loss of liberty with each passing day.

My absolute favorite is the weaponization of government agencies like the FBI. Another at the top of my list is the enlistment of private corporations as government actors. I refer to the “Social Media” companies and selected mainstream media outlets.

If you think our rights (privileges) are secure, realize that the First Amendment – freedom of speech has fallen. The Big Tech companies are now government actors defining truth and censoring our speech.

A recent Google search for “IDIOT” returns 230,000,000 hits, most of which contain President Trumps’ pictures or video clips. Now we know where Google stands on fair and unbiased information. Google’s CEO claims to be non-partisan and blames the search algorithm.

The Second Amendment is not far behind. Our rights to self-determination and protection are on the chopping block. The Harris-Biden administration whittles away at Amendment Two with tricky executive orders, placing anti-gun morons in positions of power and blaming their failed domestic policies on legal gun ownership.

We Are All Idiots.

I encourage you to read through the list of Constitutional Amendments. Think about this administration’s actions so far and what they propose for our future. Decide for yourself which freedom you’re willing to forego. Actually, you don’t have a choice.

The Biden Königreich has big plans for this country, and our continued unfettered liberty is not part of those designs. Our elected misrepresentatives, presidential appointees, congressional or otherwise, are supplemented with the newly enlisted corporate actors, power-loving ass-kissers, and suck-ups to do his bidding.

Do you doubt me? Here’s an example.

The FBI has Hunter Biden’s laptop. They have had it for nearly eight months. That laptop contains proof of Der Fuehrer’s involvement with Unterfuerher Hunter’s business dealings in Russia and China.

Joe uses his presidential influence and his most potent tool, the FBI, to hide and control this evidence. The conspiracy is even more profound, but it will never see the light of day.

You see, we believe everything the media says. We hang on every word as the gospel of Der Fuehrer Biden. The inspired word of god.

“If it’s true that our species is alone in the universe, then I’d have to say the universe aimed rather low and settled for very little.”   George Carlin