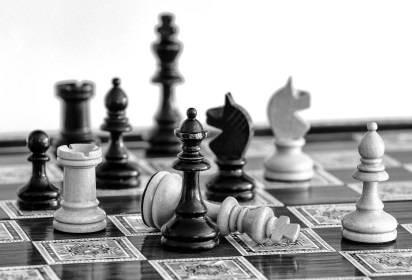 And the winner is!

America is still by far the greatest nation on this planet. No other countries offer what we have as far as liberty, freedom, and opportunity.

Once the America we know is gone, there will never be another like it.

America provides an opportunity to everyone regardless of defining physical characteristics perceived or imagined. The ONLY condition is – that you work for it because – We owe you nothing. What we give you is the chance to improve yourself and, as a result, our country.

The exception to the last statement is the erringly created welfare system initially designed to aid citizens in need. Instead, Welfare became an entitlement and lifestyle for those who refused to work and have learned to play the game – to game the system.

In 2020 welfare cost us $9.88 trillion. Most recipients see Welfare as an entitlement, not assistance.

Many illegal immigrants see it as an enticement. The lure of instant citizenship and financial support is a siren’s call for the impoverished, oppressed, and socio-geographically disenfranchised masses.

In the years 2016 thru 2020, around 5 million people requested citizenship through naturalization. This year we have already arrested one million illegal aliens – these are the people we caught. Our border agents estimate that another million have already slipped through with more on the way. The Migration Policy Institute estimates that there are 11.4 million unauthorized people in this country.

Suppose America is a country of white privilege and systemic racism, where non-white people, people of color, are shackled. Why would so many people of color want to become citizens?

In the past six months, an estimated one million illegal immigrants crossed the southern border between Mexico and the US; most are people of color. Why are these people willing to make that arduous and dangerous trek, spend thousands of dollars, flee their homes, and endure such hardship if America is so vile? Why would they even come here?

So, with all of America’s egregious faults, why would anyone want to come here? The propagandists tell us America is a horrible place to live and raise a family. Why come here if America is so atrocious? Why do people even want to stay? If it is so horrible here, go somewhere else – somewhere better.

No other country allows Big Tech the freehand that we allow. Of course, this is because they provide a valuable service to our government as their propagandists, de facto censors, and arbiters of truth. Joseph Goebbels would be proud.

No one EVER said America is perfect, but we have the means, processes, and desire to evolve, to move forward. At least, that’s what I believe and fight to preserve.

We’ve survived the past 245 years. We abolished slavery, one of the most heinous and deplorable sins we’ve committed. We don’t need to relive mistakes, nor do we wish to repeat them.

We do not deny our history.

We resolve to learn from it.

If you have positive suggestions to move America forward, please offer them. If, however, you aim to destroy America, leave now.

Our path is progress, not regression. If you have a complaint – at least offer a solution to fix the problem.

The claim that America is fundamentally and systemically racist is the most ignorant and racist statement ever made.

If this statement had any validity, there would be no people of color in our government, professional positions, with college educations, business, owning homes, entertaining, playing music, teaching, or doing anything but service work. Most of them would not be reading. America would be like China; we would exterminate all dissenters.

You are still here, no?

If you’re not happy here, please leave. Go somewhere else. Let us repair the damage you’ve done so we can move forward. Let us continue to improve this wonderful country. Stop dragging us back to 1619 as the media and their masters’ advocate.

It isn’t hard to see that the clear victor in all of this isn’t us; it is the media. They are the richly rewarded and enthusiastic servants of politicians on every side of this controversy.

The Media and Big Tech skillfully abused their freedom and liberties to reap enormous financial rewards while destroying the ideology and culture that provides their opportunity.

This destruction is a fundamental and intrinsic problem with leftist ideologies because they obliterate the very thing they seek to change.

Just point to a functioning and successful Socialist, Communists, Totalitarian, or Oligarchic society? There are none. Every one of them already has or is in the process of imploding. The remaining few are running by sheer force, torturing and murdering their happy, contented citizens and eliminating the dissenters.

Cuba is a prime example of paradise lost. Starvation, oppression, and isolation are their rewards for over sixty years of captivity. They are ripe fruit waiting to be plucked by their overlords in China and Russia. Not only because of what they have but because of their proximity to America.

How do all these disenfranchised people know to come to America? Who put the idea that America’s streets are “paved with gold?” Who created these unrealistic expectations and encouraged these people to flock to America? It was the media.

Everything printed or said or advertised finds its way to other countries. They know more than we think, especially about our generosity through welfare programs and the Harris-Biden social re-engineering program for American politics and elections.

Distortions and misrepresentation of our news and media commentary fly through the international press at lightning speed, adapted and translated into local parlance for consumption. This manipulation of fact is the impetus for America’s allure. The recent invitation regarding open borders didn’t slow the onslaught.

When America’s founders decided to break from the monarchy, they believe that all men – and women – should be free to determine their fate and direction. They began to deliberate and craft rules based on shared values, based on a higher power, God, a creator, moral commonality, and mutual respect.

This respect for individual decisions and rights is the foundation of America.

(I need to step aside here and caution everyone not to inspect or judge the founders and authors of our Constitution through a 21st-century lens. You should view our founders’ creation, the Constitution, in its historical context.

This fantastic document is so well written that its intent is as applicable today as it was back then. It is a timeless work of written art and the basis for our incredible progress and some of our monumental failures. Yet, it still works as intended; It allows us to succeed or fail. It outlines our meritocracy and our republic.

Honesty and integrity are vital components in our struggle to reclaim our country. Taking personal and corporate responsibility and accountability is the only cure for this problem. It is our only solution and hope.

Money is not the root of all evil; the love of money is. Money is a simple tool of exchange, that’s all.

We can not afford and must not allow anyone to highjack a powerful tool like the media for nefarious or other purposes except to inform. The ability to contact over three-hundred-million people is a tremendous responsibility that requires a high level of integrity.

NO, I do not advocate government oversight or control. I suggest a return to morality and looking at the greater good, not expedience. I believe that government is too big already. As it grows, so do our problems, costs, and opportunity for corruption.

We expect the media to disseminate information honestly and fairly. The days of news reporting are now a vague memory replace by the opinion – OpEd – or rant-show. This mainstream shit-show is all – ALL – entertainment and not much substance.

We must demand honesty from people, and especially from the mainstream media. Hiding behind the first amendment is ludicrous. This amendment guarantees an individual’s rights and is not intended for corporations, government actors, affiliates, and lackeys.

End the weaponization of government agencies like the IRS, NSA, FBI, DOJ, and CIA. These agencies serve the people, not governmental whims.

We the People of the United States, in order to form a more perfect Union, establish Justice, insure domestic tranquility, provide for the common defense, promote the general welfare, and secure the blessings of liberty to ourselves and our posterity, do ordain and establish this Constitution for the United States of America.

When you consider the thought and effort required to craft the statement above, you realize that the direction these patriots took launched a great nation. A country that is still the envy of the world because they did what no one else has ever done, nor will ever do again.

They gave us the gift of liberty and freedom.

We should honor their sacrifice, treasure, and this gift by returning to the morals and ethics that caused them to break away from tyranny and form a more perfect union for us and our posterity.

The government isn’t failing us; the people in government are. – David Dangwillo 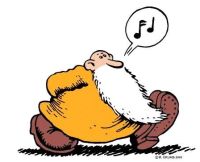