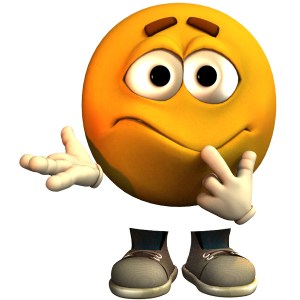 I sit here still half asleep, waking from a night of fitful sleep disturbed by unusual dreams that make no sense. I’m searching for some context and cohesion.

I read the online news feeds and watched a couple of short videos, then realized that I am entangled in conflicting information and things that make no sense. What else would my mind do but attempt to order this confusion?

I’m beginning to fathom the extent of my disorientation and feeling of betrayal.

The questions I posed in my previous posts have multiple answers. As I sift through the sweepings to find salient crumbs, these quotes come to mind.

Sun Tzu in The Art of War.

We are distracted by all the controversy and confusion from the media propagandists. We’re so indurated that we miss the point as their plan unfolds so slowly that it’s almost imperceptible. Now it seems too late to stop or arrest the progress; extensive damage is already done.

Are we too late?

The Radical Left won the preliminary battles of the war; there was no fighting. We rolled over; actually, we were rolled over. There were no shots fired, yet we are vanquished.

This insidious plot began in earnest post-WWII with the biggest boom we’d ever enjoyed. This nation joined a coalition that kicked some major ass on two fronts, in Europe and the Pacific, simultaneously. We made lots of mistakes and created some powerful enemies.

A few years later, we face a communist foe in Korea and then again in Vietnam. Each time our adversary was more ideological but no less physical. Each time the enemy knew more about us and our tactics. Each action lent credence to the Left’s assertions.

Our cherished liberties allowing free thought and expression were an open door, an engraved invitation for those who hate who we are and what we have to share their dissent. We dropped our guard.

Socialist and Communist sympathizers came to America as welcomed intellectuals. They became trusted advisors, scientists, doctors, teachers, and professors here. We embraced them because we are a society that welcomes people to join us, enjoy who we are, and share what we have.

Only a few conscientious souls questioned their ethics and intentions. A few overreacted, but most Americans rejected it, calling it mass hysteria and unAmerican paranoia. They were wrong.

These immigrant scholars seized the opportunity to share their ideologies first within businesses and corporations, where they enjoyed access to sensitive proprietary information. They learned about us from the inside.

They found their niche in academia, where they began to proselytize in colleges and universities. Here were hungry minds keen for new ideas. These new unaware academic acolytes were eager to spread these seeds of dissent; the student became the master.

These intruders have been here for nearly 80 years, right under our collective noses working diligently to undermine and corrupt America, one step and one mind at a time.

I could continue, but I think I’ve made my point.

These are all the fruits of those labors.

Well, just like dealing with any endemic problem, it will take dedication, sacrifice, and solidarity. Our most imposing decision is to either let this situation run its course, accept our losses, concede, run like hell or stand and fight. Within each alternative lives multiple permutations and possibilities.

Regardless of our choice, there will be a cost.

Where do you go? Seriously! Name a country with our liberties – as they stand right now. What other nation on this PLANET has what we have?

Do you think that any country could or would absorb more than half of the US population? Canadian scenery is outstandingly beautiful, awe-inspiring, but it’s a bit too cold for me. Would they want us to move in and take over? You know we would…

Going south means ousting the drug cartels – hey, maybe we could work out a swap? They can have the US, their biggest market, and we’ll take Mexico – Lovely beaches, outstanding resorts, decent infrastructure.

I’ll let you think about this for a while…

This battle will require some fundamental changes.

Remember, the government works for us; we don’t work for them. We’ve allowed this fallacy to continue for far too long, and this misconception must be corrected; it must be reversed. We have the means, and we have the power. Now what we need is the will.

Government control is their cornerstone – their keystone to the end game.

Our most powerful tool is our right to vote – it is how we can turn the tide, how we can arrest the insidious progress and stop this infestation. Ensuring the election integrity will require changes as well.

Oh, the end game — Totalitarian Control of America. It will be either Socialism or Communism or some blend of the two, but it will mean capitulation.

Democratic-Socialism is a construct, an invented term created to soften the realities of authoritarian control by injecting the idea of choice. You have neither personal choice nor opinion in Socialism or Communism. You do as you’re instructed, follow orders; PERIOD!

What you see happening around us is only a glimpse of what’s to come. The lunacy we see today is a precursor of the horrors our children, and we will face. Most of us won’t live through the transition. We’re already marked and tagged. They know who we are – Big Tech pals saw to that.

We don’t fit their model.

They know everything – EVERYTHING – they need to know about us. We allowed that starting about 40 years ago when the internet became ubiquitous – everywhere – omnipresent – universal. Since 1997 – the beginning of Social Media – everything we do is scrutinized by something or someone – and stored.

The government knows every transaction, phone call, email, text message, video chat, and media post you’ve made for the past 25 years – at least!

Petabytes of data are archived where data engineers query and comb through this information for tidbits and clues of who we are, what we do, what we eat, where we shop, our banking, every purchase, every loan – basically everything you have done in the past is at their fingertips. It’s called Data Harvesting.

They know us better than we know ourselves. We cannot undo this data archive, but we can be aware that it exists and take steps to protect ourselves.

It’s not an invasion of privacy since we volunteered all of this information. You did read and understand the ‘terms and conditions, and privacy disclosures,’ of all those applications, didn’t you; before you clicked agree?

Being an autodidactic polymath, I enjoy differing points of view. I always learn something from these encounters. I never met a person that could not teach me something.

I do NOT suggest that we stop the free flow of ideas. BUT! We must be watchful and cautious that those ideas do not become dictates that our government imposes for our good or in our best interest. 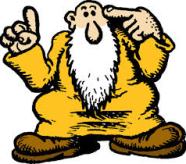