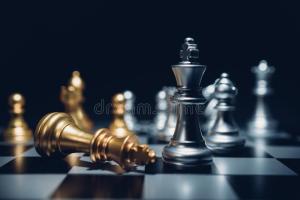 I’ve been considering why there is so much disinformation in the American media. The truth is necessary but not nearly as exciting or entertaining as a lie can be. The other problem with reality is that it rarely fits the narrative, but as we’ve seen, it can be fine-tuned. It’s hard to sell the truth, whereas a lie can be tailored to serve any story.

Another name for lie is a fabrication – in this instance, it fits perfectly, tailor-made for both the intent and the presentation.

There are hundreds of ways to define how something appears, but I like optics. It describes what the media and advertisers want us to see.

The critical ingredient is our attention. The media outlets have us for such a short time and need to maximize the impact of the message, so it’s quick, pointed, and very dramatic.

We are acclimated, socialized, and brainwashed to follow the bait and glamor. We don’t notice what’s just behind the facade, intentionally obscured like the Wizard of Oz behind the curtain.

I’m talking about the intent and the reasons for these dynamic presentations. What’s really behind all this?

I’m convinced that when we look, I mean really look, we’ll see what’s going on, but our attention is elsewhere.

Expose a problem, make people afraid, tell them who to blame.

That is the news cycle in America. It is intentionally designed to fit our limited attention span.

The more sensational the claims, the more catastrophic the event, the more carnage involved, the better it is for ratings. Close with a few well-crafted comments and opinions and a few controversial ideas intended to create interest — the more outlandish, the bigger the audience — the more revenue for the owners. Now you MUST watch the next show to see how it develops, how it turns out.

Recall from the last post that there is a solid financial rationale for these broadcast tableaus. The longer you watch, the more you select ‘yes’ to see the next segment, the more times you click those alluring ads, every YouTube subscription, every ‘click here to like’ this program or presentation, the more you support their multi-faceted agenda.

It’s pure capitalism for some, and for others, there is a blend of Socialism and Communism, and still, others prefer the Marxist agenda with a free-market twist. None of it is a service to the viewer, reader, recipient, or spectator.

Notice too that the corporate ideology follows the popular voice and sentiments of the viewers. As the attitudes change, so do extremism and the tone of the message.

The reason the media was so pro-Biden was the enormous anti-Trump sentiment the ‘Donkey Party’ created. Without full media support, the Donkies would never win – and of course, there were the shenanigans with the ballot count. Then there is the $14.4 billion spent on the 2020 elections. Money spent by the parties on the media. The media didn’t care – they got paid!

Ideology be damned, profit is god, and the message is secondary. In fact, some media outlets have their own vacillating ideology that follows the financial breezes. They prefer to luft in the winds of change and follow the money as appropriate and available.

Here are a few controversial themes that currently occupy our time. I haven’t timed the cycle, but it seems to run about five months before our collective attentions flag, and we need new and more heinous fodder.

Critical Race Theory – Divide and Conquer – The Latin phrase “Divide et livorem” is as old as politics and war. The divide your enemy so you can reign approach is attributed to Julius Cesar — he successfully applied it to conquer Gaul twenty-two centuries ago (no typo). So if it’s good enough for Cesar, it’s good enough for the Socialists and the ‘in administratione imperium‘ as a time-tested and proven tactic.

Splinter the citizens, create factions, groups, or clusters of people and pit them against each other. A disjointed band of small groups represents a minor threat. Waring factions are more interested in their adversary and usually fail to comprehend the actual risk. The key is to create an antagonist that will ignite the indignation of the group, forging an enemy.

White America is systemically racist. White people are the reason you can’t succeed. Your problems are all based on White privilege. This is – IS – the message of those that will destroy the US.

The Southern Border – There is enough material in just this one topic alone to fill another article. Let’s call this what it is. A well-planned, masterfully executed plot to destabilize America.

Giving these invaders sanctuary in our country at the expense of the state, cities, and towns that receive them will cost those residents trillions of dollars and tax their social services to the breaking point – all at local taxpayer expense.

Most recipient cities are still reeling from the Government’s overreaction regarding the pandemic and the unemployment and under-employment it created. How many businesses closed and will never reopen due to the draconian measures to combat a weaponized virus?

There is also the impact on law enforcement and other social services to consider. How many police officers, hospital workers, or teachers in Bangor, Maine, or Des Moines, Iowa, are fluent in Spanish? You can be sure that these invaders will Para español presione por favor el número 7.

Introducing millions of potential voters can potentially shift Left – Right national political sentiments and landscapes when we grant instant citizenship and voter rights when they land.

On June 14th, during a teleconference, “President Biden tasked the intelligence and law enforcement communities during his first week in office to produce a comprehensive assessment of today’s domestic violent extremist threat.”

“If you see something, say something” concept that has been promulgated previously by DHS. This involves creating contexts in which those who are family members or friends, or co-workers know that there are pathways and avenues to raise concerns and seek help for those who they have perceived to be radicalizing and potentially radicalizing towards violence. It is your duty as American citizens to inform the Government if you “see something” or “hear something suspicious.

Link to the transcript.

He charged them with a new directive, very much like the “Careless Whispers Campaign” of the Gestapo in Nazi Germany. Friends informed on friends and children informed on parents. This is how it started in 1933.

A couple of tidbits in the queue:

You can rest assured that these and a few disasters yet to be announced will occupy our attention until the next election cycle, and we can start all over again with a fresh load of bullshit.

The winner in this “Who Wears the Crown” is the Government. They seized the reigns, snatched power, and eradicated functioning policies to ensure more extensive and far-reaching authoritarian control. The National Debt Exceeds $28.5 trillion and is apparently spiraling higher daily. US Debt Clock

The financial winner – The Media!

Here’s what we gained-

Sun Tzu’s The Art of War

The Meaning of Freedom – Angela Davis

Socialism: Past and Future – Michael Harrington

The State of Revolution – Vladimir Lenin