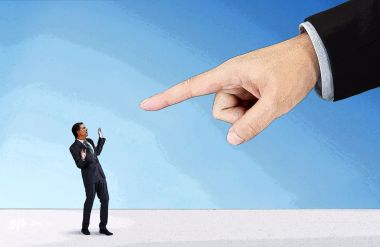 Part I – The Big Question

Is this all real, is there a problem or is what we see manufactured by the people who profit from the chaos they create? Both sides of this conflict – yes, it is a conflict – claim the other side is holey to blame.

So stop for a moment and think. Ask yourself – who really wins in this situation? It certainly isn’t the people involved in this violence or hatred or conflict, and it certainly isn’t the citizens of this country. It’s the media companies that win! The media companies are intentionally polarized – opposite each other along purely manufactured lines. That way, the big players control the narrative – the playing field, and therefore us.

Their revenues are at all-time highs. Their audience capture is the highest it’s ever been, and because of this, advertisers line up to buy commercial time and space at record costs. Who wins?

So how did we hear about these world-changing and potentially catastrophic changes? The media has been testing the effectiveness of this tactic for years. Since the well before the 2000 election extravaganza, the partisan accusation flew between the partisan contenders. You can trace it back to the 18th century when newspapers and printed signboards were the media de jure.

We take their word for the impact of the fabricated and sensationalized events. It’s their impressions and opinions, not fact. It hasn’t stopped; it has only increased since the election. The medias’ power is now almost insurmountable. They control everything we know and believe. Without their insight, we are blind to the world – that’s their power.

They control the information flow.

Was the election rigged? Was there collusion? What is the origin of Covid-19? Did we really need to lockdown? Who is responsible for the nearly four million people who died attributed to the pandemic? Is Biden fit to manage this country? Is Harris going to the border? Will Trump run again? How can the Republicans defeat the Democrats? Will the Democrats maintain control of the Senate and House?

How does all this fighting and contention help us?

Does any of this make us a better country?

Nearly everything we know comes from the media, all emanating from their feeds. Everywhere you look, there is a torrent of information gushing at us from every possible source with powerful but conflicting messages that reinforce each other and intended to divide us into camps. TO DIVIDE US!

We are at each other’s throats, fighting like ravenous dogs after the same bone. All because of what they tell us.

Who keeps beating the drum? Who makes mountains out of molehills? Who reminds us every day that there are overwhelming problems in this country? Who keeps emphasizing the social chasm between us? Who is in our homes nearly 24 hours a day, 7 days a week, 365/6 days a year?

As long as we believe everything the media spews at us, they win. As long as we keep reading and clicking through to read these fabrications, they win. It doesn’t matter what you believe, which side you’re on – Democrat, Republican, Communist, Socialist, WOKE, Cancel Culture, Liberal, or Independent, they win every time you click to read that story.

The bigger the lie, the more skeptical the report, the more nonsensical the claims – the more they make. They don’t have to be correct, and it doesn’t even have to be true – it just has to draw you in. AND IT DOES!

We are addicted to instantaneous information feeds. There are crawlers for your web browsers and cell phones. The media follows you everywhere. They stalk you – you allow it – you invited it. We are terrified to miss the next installment of -CNN, MSNBC, FOX, et al., ad nauseam.

The reason is, what is essential is that the media are playing us for profit!

“If you repeat a lie often enough, people will believe it, and you will even believe it yourself.”

“Propaganda works best when those who are being manipulated are confident they are acting on their own free will.”

“A lie told once remains a lie, but a lie told a thousand times becomes the truth.” 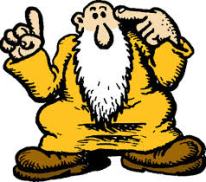