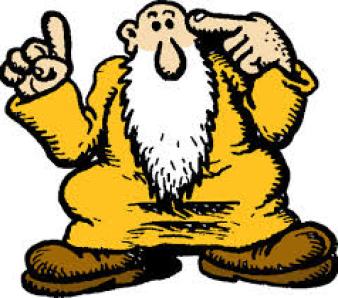 I enjoy quotes, maybe more than most people. I appreciate the insight and the timeless sentiments. They are a window into the past. They tell us about what and how great people thought and their concerns for the world around them. The quote above by President Lincoln charges us to protect the precious gifts of freedom and liberty in the US Constitution’s Bill of Rights.

The 1860s seem like a long time ago. President Lincoln’s thought is as appropriate today as it was when he wrote it as a campaign note in 1859. It refers to his opposition to slavery and tacit Congressional approval of human ownership. It infers that Mr. Lincoln believed that freedom is a fundamental human right, not reserved for a select few, but for all humankind.

You know that I am not prone to conspiracy theories. This entire election spectacle has the acrid aroma of manure. Maybe I’ve watched too many exposés. All of them seem to follow a similar theme. That is that we are no longer control the government; in fact, it controls us. That in itself makes me wonder if there’s not a thread of truth woven into their fabric. How can it be a coincidence?

If there were one or two instances, then maybe there is room for doubt, but the number and similarity of these outrageously coincidental circumstances, makes me wonder. The sheer number of titles and elaborate productions that go into some documentaries is cause for closer attention. It requires considerable funding to research, write, produce, and distribute these video thesis. But not nearly the investment needed to purchase our government.

Why would anyone want to own a country? Your guess is as good as mine. I believe it has to with boredom and the search for something to do with billions of dollars, and the obvious bewitchment of Power. Maybe it’s a deluded idea of superiority that wealth gives or knowing what’s best for everyone. It could be good-old megalomania.

I like the phrase ‘sell your soul to the devil.’ It conjures up unsettling possibilities and a few vivid images. I don’t see Mephistopheles or Satan or Lucifer or any other hideous creature. I see a man with ‘POWER’ emblazoned on his suit-coat holding a bag of gold coins, standing near an elaborate open vault. I see a long queue of greedy creatures, avaricious, wonton, and power-hungry, groveling, grasping, and willing to do his bidding for a few precious coins.

Few supplicants heed these words of warning. They stare, transfixed by the bag of gold and blinded by their longing and intense appetite for influence. “It can’t happen to me,” they cry. I’m much too strong and too smart. President Lincoln said, “Nearly all men can stand adversity, but if you want to test a man’s character, give him power.”

How can you own a government? It’s simple. You figure out how to control the money flow and create recurring debt as part of the process. You cause a self-perpetuating cycle of borrowing.

The Central Banks have done it for centuries. They loan money to governments and other banks to sponsor wars, bolster economies. The government pays a fee to use this money. As you can imagine, as the loans grow, so too the fee payments. It is a self-propagating and self-feeding cycle of need and greed.

“The money power preys upon the nation in times of peace and conspires against it in times of adversity. It is more despotic than a monarchy, more insolent than autocracy, and more selfish than bureaucracy. It denounces, as public enemies, all who question its methods or throw light upon its crimes.” Abraham Lincoln 1865

Our 2020 National Debt is $26.70 Trillion. The interest (fee) payments on this debt are $376 Billion – which does NOT include any payments on the original amount borrowed. The Federal Reserve Bank, which is neither a federal entity nor a bank, holds about $6 Trillion of the debt. The remainder spreads over foreign Central Banks, World Banks, and countries, including China, Taiwan, Brazil, the Caribbean, and many oil-producing countries. We pay them fees too. That’s how the system works.

The projected tax revenue for 2020 is $3.49 Trillion. This tax revenue is how the government runs our country. All of our operating expenses come from this revenue. The short-fall adds to the national debt. The surplus is promptly spent on creative Congressional projects explicitly created to nullify any extra funds. Too few Priesdents try to slay the dragon named “Balanced Budget.” Most continue to spend and borrow.

You can see the disparity between federal income and obligation to the lenders. Herein is the trap. Governments borrow more to pay their debts. It’s like using your Master Card to pay your Visa Card charges.

It’s frightening to think that our government holds some of its own debt in pension funds, Medicare Trust funds, and Social Security Trust funds. Is it any wonder we can’t figure out where our money goes? It is intentionally complex to keep citizens confused and wondering.

The statement I chose to open this post infers that we are the owners of this country. We are responsible for the hiring and firing of our representatives. If we are the owners and are responsible for this country, why do we act like itinerant tenants or servants? We love to bitch about our leadership but fail miserably to take action to resolve our complaints. The simple process of election can install new and better representatives and remove the misrepresentatives. – Term Limits would help! Voting is part of the illusion of choice. We may vote for a specific candidate, only to see an opponent win. Sound familiar?

This past presidential election proved that we are, indeed, not in control. It is in the hands of the uber-rich: the Billionaires. The Project for a New American Century, in coalition with significant corporations, own this country.

The people who own these banks and corporations fund political campaigns and the political action committees that own politicians. They own the media companies that create and control the narrative we hear and the information we see published.

Twitter, Facebook, and a few other social media sites restricted or removed access to some posters because of their political nature remember? It underlines a decided anti-Trump bias and pro-Democratic-Socialist aegis.

As a casual user of Facebook, I saw posts from pro-Biden supporters that absolutely blasted Trump. There were no repercussions or sanctions against these people. Instead, they targeted the pro-Trump folks en-masse. I don’t care who does what, but fair is fair. Limiting some and not others is inexcusably tendentious, amounting to corporately subsidized censorship.

These companies are privately held and are significant financial contributors to the Biden political cause. These corporations can do as they please, and according to 2010, Supreme Court Ruling are considered individuals like you and I and not subject to corporate campaign funding limitations. Ah, the power and reach of money…

The Democratic-Socialista and their minions, the mainstream media, refused to acknowledge or address the election’s issues. These ‘news’ outlets were openly hostile to President Trump before, during, and after the 2016 election. They continued their persecution throughout the 2020 hoopla.

Welcome to the land of moderated free speech. You’d better grow to love it. Biden’s new business partners from China have perfected information suppression and narrative modification. The Holy-Biden is preparing his own brand of Demo-Soc appropriate, acceptable, and approved dialog. They took a page from Heir Goebbels’s propaganda playbook. Danka Heir Goebbels.

There is a disease in our country consuming liberty and laying waste to our freedoms slowly and surely, just like cancer. It starts with an apathetic and cavalier attitude toward things in general, but danger lurks where you least expect it. We relaxed our cautious attitude about liberality. Our nonchalant and indifferent approach to education invited socialist theories to stroll into the classroom under the cloak of free speech and progressive ideas.

The epidemic began at the university level as left-leaning

progressive professors found tenure in academia. As they strayed from the classical and conservative educational model, the seeds of leftism found a fertile growth-medium in the hungry minds of unsuspecting students.

Now, these indoctrinated graduates could spread this seditious propaganda to even younger minds. Teachers in primary and secondary schools propagated socialist doctrine and gathered disciples. Recruitment entered the next phase, and the number of the devotee’s multiplied.

Today, we have a country riddled with the destructive teachings of socialism and communism. Multiple generations are now unintentional leftists with relaxed morals and unaware of the ultra-liberal lifestyle and approach’s detrimental impact.

The American society leaped up in support of a Democratic-Socialist doctrine. The Demo-Soc demigods sanctioned electoral theft and are poised to follow the Holy-Biden to complete his quest to disassemble the republic and create a Totalitarian Socialist State. The promise of unity and healing is the smoke-screen to obscure the intended goal of America’s destruction.

Before us, we have the anointed savior and his co-conspirator: The Great White Hope and A Token Black Female. They will provide a fast-pass for eleven million illegal immigrants already living in America to citizenship. They will halt the deportation of 644,000 illegal immigrants that entered as children. They will dismantle our immigration system until it gives way to Demo-Soc Project for a New American Century.

These ripe new Demo-Soc voters, already indoctrinated in the Socialist Dogma by the counties they fled, will become devout acolytes of the Holy Biden and his new dogma, Democratic-Socialism.

I expect to be working on an organic kale farm in the San Joaquin Valley soon after this post hits the ether. I’ll be working to broaden my linguistic and agrarian skills with our new best friends, the Chinese, in the Peoples Republic of California.

“Giving money and power to government is like giving whisky and car keys to teenage boys.” P. J. O’Rourke