“It’s not the people who vote that count, but who counts the votes.” Joseph Stalin

I’ve started this post several times, and I find that my exasperation grows as I write it. Why? Because this happened before our eyes – we watched this travesty unfold – and we were powerless. Many of us watched incredulously as this crime progressed before our eyes. We sat captive in our own country as a political machine dismantled fair election practices and manipulated everything from media feeds to print postings, all to whitewash their nefarious activities. It seems inconceivable, but that how sneaky Socialism is.

Communications are blocked, and evidence is lost, hidden, or destroyed, and unavailable for independent forensic investigation. All confirmation of wrong-doing is gone.

The companies who proudly proclaim free speech and social honesty have stopped the information flow that would support President Trump. Interestingly, these companies are anti-Trump zealots. They now foster a return to innocuous social-babble and worthless self-aggrandizing posts for the socially disenfranchised clamoring for approval. They have blocked the conduits to discriminate information from the affected parties, which is censorship and a violation of our 1st amendment rights. Unfortunately, these are private companies and not subject to our constitution. They are above moral and ethical practices.

We naively entered a period of hope that something could or would salvage our system and bring honesty to bear — no such luck. The cagily choreographed curriculum and comedy played out as scripted. The election drama was a fait accompli. Nothing could or would change the outcome.

We watched the George Soros Anti-American-Alliances and Antifa corrupt the peaceful intent of a show of support into a violent attempted coup that cost five participants’ lives. When the protest turned violent, it halted Congressional testimony about fraudulent election practices arresting any possibility to present incriminating evidence. The Cowardly Congress Crawled to safety, relieved that the circus ended before any of them had to find the courage and do their jobs.

Thus ended the hopes of a nation for fairness and honesty in elections. I doubt you’ll hear about any of this since the mainstream media blocks these stories. It doesn’t further their “Hate Trump” left-leaning democratic socialist agenda.

This was all a fantastic coincidence.

Could this really happen here in America? The country that can do no wrong, or so we profess to the world.

We have all the answers, don’t we? We’re quite glib with our advice and admonishment for countries unable to manage internal affairs, especially elections. How is it that we can’t make that happen here at home, but we have the audacity to demand it elsewhere? The 2020 US Presidential Election will be the new standard for corrupt elections worldwide. In all honesty, we simply followed the example of so many Socialist coups from the past, and there are just so many of them.

I can hear “Seriously … Really?” coming from the embassy’s all over the world next time we offer unsolicited advice or publically object to their tomfoolery.

Did we screw the pooch on this last election? The answer is… it depends on who you trust. I can imagine China is partying like the Mongols since their best buddy and business partner is now leading America.

Democrats maintain that this was an entirely fair election and that there were no shenanigans. The people that claim they voted for President Trump paint a far different picture. They claim fraud and manipulation of the ballots. Who knows if any of it is true. It’s all non sequitur. The course is run, and the winner is crowned.

The bullshit spewing from the mainstream media these days is opinion and interpretation. There is no honesty, only politically expedient scripted views. Commentators editorialize each item even before the facts – if there are any – are presented. As I’ve stated before, this is not news; it is sensationalized entertainment carefully crafted to boost rating and foster the corporation’s political program, but it is the free press.

Aside: When I consider the media corporations’ successful plan and how they’ve built these empires, I recoil in horror. Each of them has lied, cheated, and stolen as necessary to garner wealth and, therefore, power. If this is a testament to their plan for America, I shudder. I highly recommend reading George Orwell’s 1984 to gain perspective. Many of his warnings are already in place and full vigor.

The overarching problem is media bias. Even before President Trump won the 2016 election, the media came out swinging and doing everything imaginable to crater chances for the presidency. His opponent was a political albatross that nearly won. This left-leaning pariah had more political baggage than the Atlanta Airport. Yet, she fought off the litigation and investigation with her Democratic pals’ deft assistance and political prowess.

Boys and Girls – This is a new America, and these are now our politics. No one could write a story so twisted. In this case, fact is stranger than fiction. Who could imagine that the authors of this farce could continue it into 2021? Yet here we are, living the first chapter of this twisted tale.

What we’ve seen in the past year is not how it should work. What we have just seen was not the original intent. The designers and founders of this country had a much different idea and most certainly higher aspirations for our country.

Welcome to the Democratic Socialist States of America.

I can imagine a conference room in the here-after, with all the founding fathers and patriots that fought so hard for the fledgling country seated comfortably quizzically watching recent happenings. James Madison stands and exclaims… Why in the Fuck did we bother?

* For those of you wondering about the men in these photographs, they are: 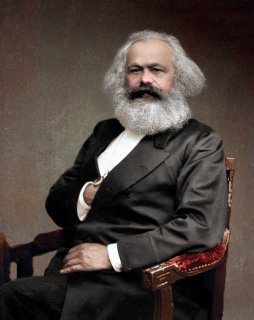 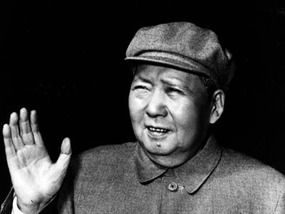 They are the fathers of modern Socialism – coming soon to a neighborhood near you, courtesy of the Democratic-Socialist Party (DSP) machine. You should become familiar with them, their teachings, and their writings. Then you’ll know what is coming. There may be a quiz…