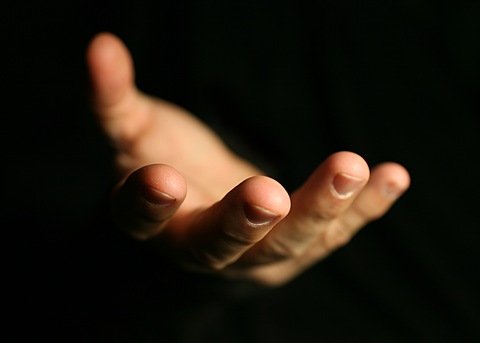 There is no more critical time for us to be vigilant and aware of this insidious cancer to the American way of life.

Seventy-five years ago, America dropped two atomic bombs on Japan, devastating two cities and speeding the war’s end. These cities now flourish and thrive because of Japanese ingenuity and determination. A look at our country; in contrast, we appear as devastated as any of our enemies during WWII. Photographs of once-thriving major US cities show the results of the blight dispatched by government intervention and oversight. The misuse of power and the poor fiscal decision are part of the cause; however, the majority of the responsibility is ours for allowing it.

There is an old saying that “we’ve hit the bottom of the barrel.” I think we’ve started digging. There is no end to the madness that is our political system. Empty promises and blatant lies are now standard and what we accept as ‘politics.’ The mendacity spills into our daily routine. We tolerate and excuse this behavior in our leaders and now endure it in each other. We paint it white and pass it off as innocuous. We are jaded by honor’s ineffectiveness and the multiple standards applied indiscriminately or based on financial standings or race.

I remember the comments from the billionaire-bankers during the economic crash of 2008: “What good is money if it can’t keep me out of prison?” This phrase’s variation applies to politicians who believe that they don’t need to follow the law because they make the laws. I think the lunatics’ are indeed running the asylum: in more ways than one.

We allowed the elected officials to set themselves apart from the people they serve. They enjoy separate healthcare and retirement systems. They are generally immune from normal legal proceedings. I say normal because they have a different legal system, too. It allows them to select whom to prosecute and how to apply the law. The application of these arbitrary and random laws follow partisan politics too closely. How did we allow this to happen?

Our government must be fixed, but not replaced with an ‘ism. Our republic works best when politicians allow it to work. It is when these elected individuals interfere that things go awry. “The best government is that which governs least.” We have a MASSIVE government that is involved in every – EVERY – facet of our lives. Just look at the political cluster-fuck we endure each day. The sheer volume of laws is staggering, and they write more every day.

My last post refers to our need for a moral compass and that belief in a higher power can provide that direction. There is no more glaring example than our current political circus. Here are two parties that would destroy this country for bureaucratic gains. Regardless of the politics or the name of those political aspirations, it is not for our good that they seek to control the Executive, Legislative, and Judicial branches. Their efforts are self-serving, not patriotic, and certainly not for us!

I’ve learned to question everything and accept nothing at face value, which makes me a cynic. That’s why I write these posts, and that’s why my under-title is: “I see things differently.” As a classically educated hominid, I learned the value of questioning and seeking an answer, careful not to settle for half-truth or prevarication. I was taught how to learn: a sorely missing ingredient in modern education.

I keep thinking about something my Grandfather said. The comment I recall the most is, “There is no free lunch.” It didn’t hold much meaning until I became aware of the Latin phrase “quid pro quo” in Highschool. It means ‘something given or received for something else, or a deal arranging a trade – this for that.” That is precisely where we stand today in America. We are trading our country for a promise of free stuff. These promises are the cheese that baits the mouse-trap of Socialism.

We are not a Socialist country, yet. But we are very close to our tipping point. We’ve relinquished our ingenuity and passion for a place at the government teat. These promises of ‘free’ stuff are the slippery-slope that gave us our battered and crumbling infrastructure, bankrupt pension plans, multi-tiered unaffordable healthcare, and the “New American Two-Class Economic stratification.”

A few remarks from people much smarter than I:

“Democracy and Socialism have nothing in common but one word, equality.  But notice the difference: While democracy seeks equality in liberty, socialism seeks equality in restraint and servitude.”     Alexis de Tocqueville.