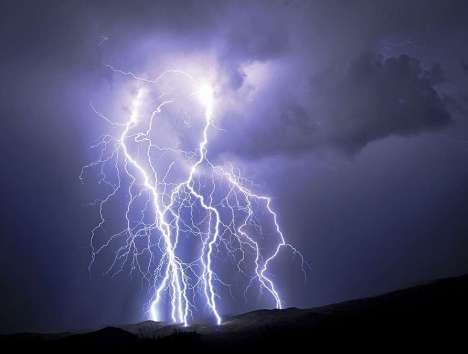 “Let your plans be dark and impenetrable as night, and when you move, fall like a thunderbolt.” Sun Tzu

Nineteen years ago, a cataclysmic event changed our country forever. Thousands died at the hands of terrorists who successfully destabilized our country; it was their goal. Waves of panic swept through our nation, creating ripples of Anger and hatred that enhanced the existing internal racial discord.

The land of ultimate freedom still reels from that awful day. We escalated our blame game to the championship level by accusing the wrong countries of responsibility and collaboration. We pardoned our friends, the real home of the perpetrators, and wrongly accused others. Our vigilante style of justice identified the alleged architect of this attack… Our professional hit-squad retired him ten years later.

Opportunistic politicians seized this opportunity to increase surveillance at home and barter away a little more liberty for conspicuous security measures. These saviors of safety created another government agency to monitor our lives in the name of Homeland Security. Our new security theater is still in place 19 years later, playing to captive audiences nation-wide. Self-serving, self-aggrandizing success claims are unwarranted since these public safety guardians can’t find planted evidence during live tests.

Presidents throughout our history extolled the strengths of our resolve. Their claim; that no external enemy can defeat this country. So far, they are correct. A few of them remind us that our most pressing threat is internal. “America will never be destroyed from the outside. If we lose our freedom, it will be because we destroyed ourselves.” — Abraham Lincoln

It appears that Mr. Lincoln may have a point.

Every day we watch events prove this statement. They further erode our faith in leadership. The enemy is foreign to many of us, but the faces are familiar. If you look closely, they look just like the people that shop in the supermarkets with you. They work with you. But these new terrorists have to wear masks because their ‘peaceful protests’ activities are illegal. Our Constitution allows for protesting, but it does not condone violence, looting, or destroying property, activities that are outside our laws.

Mob-mentality carries them along like a surfer on a wave. After all, they are fighting for the same cause. They are fighting for what they already have. It’s being mismanaged – this is the problem that these mobs don’t realize. Their instigators don’t want them to see this truth. These ringleaders intend to give us the liberty we already have, slightly modified, and with a new name. Then it appears to be their idea.

The goal of these terrorists, if you recall, was to destabilize this country. They struck an icon of capitalism in New York City, but hey also hit a hidden target — our pride. This proved to be the most crippling blow, and it emerged as a golden opportunity for greedy politicians. Maybe they planned it? They certainly didn’t pass up the chance to capitalize on it.

“In the midst of chaos, there is also opportunity.” Sun Tzu

As we uncovered the story and the complexities came to light, we saw a fundamental break between the media’s portrayal of these horrifying events and reality from the investigations. We began to doubt our leaders, which compounded the skepticism already present and the growing distrust of the media/government messages. The more we knew, the more we suspected.

Our undermined trust is evident in the modern-day dis-information and social interaction in our new America. We don’t trust the government. The approval/trust rating is 17% down from 67% in 2001 before the terrorist attack. This downward trend shows that our trust has waned and diminishes as partisan politics and antics continue. The lack of prosecution for criminal activity bolsters our doubt. It appears that the terrorists met their objectives.

It’s not just the national scene that took a pounding — many state administrations are in shambles. Several (69)municipalities filed for bankruptcy protection or reorganization, the lion share in California. Many cities are losing the battle with criminal elements. The result is rioting, looting, amid allegations of police misconduct. All of which exacerbates these issues. When you don’t trust the government, you want a new process or a new ideology. When you don’t trust the police, the simplest solution is to defund them or remove them altogether. My suggestion is to look for the cause rather than the indicators and results.

I do not credit the terror attack for this increased distrust on its own. The media and the ‘disinformation superhighway’ did their part. Crackpot conspiracy theories and leftist bloggers played an integral part. And… we cannot forget self-centered politicians. The is so much data available it is almost impossible to know fact from fiction. That is also a win for the bad guys. In the absence of truth, people believe the loudest voice. Corrupt politicians are screaming, and we’re convinced. A quick review of headlines is an outstanding illustration of my point.

Our attention turned from a unified country to a fractured, individualist, distrusting nation in a few short years. George W. Bush (the shrub) broke the country. Barack Obama divided the country. Donald Trump inherited hatred and began the reconstruction and blame for the COVID 19 pandemic and the ruined economy. Now we’re knee-deep in the divisiveness of partisan politics once-again.

The winner in this scenario is certainly not the American public, but the radicals that want to destroy our country. It goes well past ISIS and the Islamic Fundamentalists. There is a cadre of alphabet-soup groups with anarchy on their minds and the murder of liberty in their hearts. Although many of these groups do not meet the criteria as terrorist organizations, they come awfully close.

Look no further than Los Angles, Detroit (the most dangerous city in America), Chicago, Kenosha, and Portland, as examples. Portland is under siege for over 90 days with no end in sight. Kenosha is not far behind. The terrorists have taken over in these cities. Are more cities about to fall prey to this onslaught of anarchy?

Now, all it takes it an inference of wrong-doing or an overly sensationalized media posts to reignite the distrust and calls to bring down the establishment. Add to this tinderbox presidential electioneering and local political races. America is smoldering, ready to burst into flames. Media sources are trolling for misleading video clips to maintain the conflagration and augment their ratings. It only takes a single spark.

If we have learned anything from history, it is that we have learned nothing from history – The world of hatred and discontent needs us to remain broken, striving to maintain our imbalance. Our lifestyles and forms of freedom pose a threat to the anarchists and leftist lunatics whose aim is to control and destroy what we have. We challenge them to prove that we’re wrong and under governmental control. Our only strength is unity. Our best defense is to remain loyal to our ideals of Democracy.

“America will never be destroyed from the outside. If we lose our freedom, it will be because we destroyed ourselves.” — Abraham Lincoln

We are well on our way to proving Mr. Lincoln right. 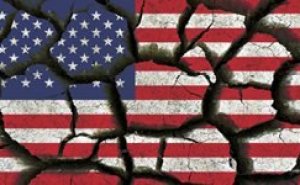 “Anger may in time change to gladness; vexation may be succeeded by content. But a kingdom that has once been destroyed can never come again into being; nor can the dead ever be brought back to life.” ― Sun Tzu