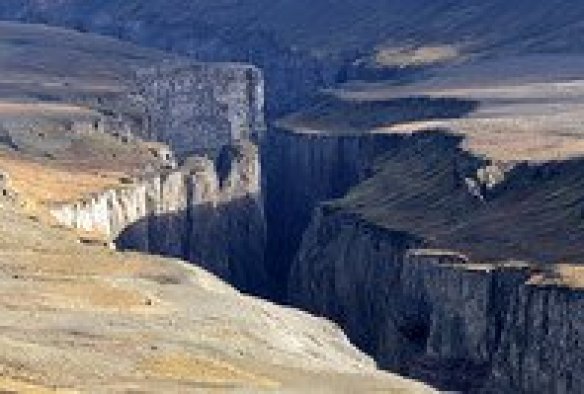 Once upon a time, there was a fledgling country struggling for autonomy. It all started when a great explorer and conman – an Italian called Christopher, decided to compromise his ethics and beg the Queen of Spain for the money to outfit an expedition to the discover a new route to Asia. Convinced that the Earth is round, he sailed west into the setting sun.

Thirty-six days later, Chris got really close to Asia, making landfall in the Bahamas. Even though the islands were inhabited, he claimed them for Spain. Chris figured the indigenous people, Savages and Barbarians, didn’t need it, so he claimed it for the Queen. After all, she financed the trip, so she had it coming. The Caribbean residents had no idea Columbus would turn this area into a billionaires playground with hotels and casinos. I skipped over the part where the Spanish and other Euro-Trash forced these islanders into slavery after taking over.

You see, Pope Alexander VI gave Spain the right to convert these savages to Catholicism with extreme prejudice. Coincidently, this was during the Spanish Inquisition, a bright spot in the history of religion everywhere.

Fast Forward a few hundred years, and the new continent is growing by leaps and bounds. We discover that the people that already lived here called America home and wanted to keep it. They didn’t mind sharing at first, but the Euro-Trash had no intention of sharing. They took what they wanted and killed the savages that denied them their God-given rights to this country. According to Pope Alexander VI, it belonged to the Catholics since Spain financed the trip, and Spain was Catholic.

The early history of America is full of contention. The European continent all wanted a piece of the action in this new territory. They all found ways to divvy it up, and everybody got some. They saw great financial potential since it was all free. The only cost was a boat ride to the New World. There was plenty of property that no one owned so you could take what you wanted, usually by force.

America grew west, and Europe discovered a new dumping ground for criminals and other unwanted, undesirable, and disposable life-forms. This growth created a demand for more territory and more rationale and reasons for evil deeds.

The American Indians populated most of the areas of value. These crafty Europeans armed with God’s dispensation took what they wanted regardless of the rightful owners. This concept of ownership brings up an interesting point. For the most part, the indigenous people of this country lived in relative harmony with their surroundings and each other. Enter the Euro-trash armed with adaptable morality and a God that gave them the license, and that all changed.

I think this set the example we see today. We repeat our historical tendencies, which tells me we’ve learned nothing from our past.

Our initial confrontation related to taxation and disproportionate representation. England had this new country by the roots and took everything they could extort. We tired of it and revolted. That is to say that America in the 1770s was revolting. They promptly rejected democracy as technologically impractical because of rudimentary communications and growing distance. The choice was a representative process whereby appointed delegates would vote on behalf of the populace.

King George III wanted none of this. His army would quell the uprising. In 1754 it began with the French and Indian war ending nine years later with the Declaration of Independence.

So after 244 years we still do things the old-fashion way, by force. Our history is full of examples that bear testament to our unwillingness to resolve conflict with dialogue. The more divisive a topic, the more violent the conflict becomes. Now we have more killings in the name of peace to punctuate our displeasure. We jump from displeased to adversarial in an instant skipping over the steps in between because our history tells us that violence is the ONLY answer in every situation. It seems that this is how we’re wired.

Our excuse is racial tension, which is, of course, perfectly justifiable. A rogue cop kills a black fellow, so we need to riot. Two miscreants with racial problems decide to murder a black fellow outside his pickup truck, and we need a riot to resolve the issue. Boy, it’s a good thing we have cell phones with video cameras to chronicle these momentous events, allowing our ever vigilant and forthright media to misrepresent the facts altogether.

Our moral retrogression is nearly complete. We abandon reason and embrace violence as the best tool for resolutions. Intraracial murder is an acceptable solution for conflict resolution. Theft and destruction of property during a protest are considered collateral damage and are the new normal. The most effective way to punctuate your point is with violence and in the name of God and equality.

The rift in racial understanding expands with the Black National Anthem’s announcement, which will play before the White National Anthem at all NFL games. I imagine it’s a short trip from the NFL to all sporting contests. Will I be a heretic, a bigot, or just a racist if I take a knee or refuse to stand during the playing of this national insult?

What choice do I have? Should I choose to align with racial thugs and turn my back on my country or kneel in recognition of the men and women that died to give us this level of independence and freedom?

I accept my discommendation! So brand me.

I didn’t choose this Black National Anthem, and I do not approve of this decision. I wonder when we will add the Hispanic, Asian, Native American anthems to sporting events? I can’t wait until we add all 158 stanzas of the Greek National Anthem. After all, there are 1.4 million of them in America. Don’t they get a voice?

The unanimous Declaration of the thirteen united States of America, When in the Course of human events, it becomes necessary for one people to dissolve the political bands which have connected them with another, and to assume among the powers of the Earth, the separate and equal station to which the Laws of Nature and of Nature’s God entitle them, a decent respect to the opinions of mankind requires that they should declare the causes which impel them to the separation.

We hold these truths to be self-evident, that all men are created equal, that they are endowed by their Creator with certain unalienable Rights, that among these are Life, Liberty and the pursuit of Happiness.–That to secure these rights, Governments are instituted among Men, deriving their just powers from the consent of the governed, –That whenever any Form of Government becomes destructive of these ends, it is the Right of the People to alter or to abolish it, and to institute new Government, laying its foundation on such principles and organizing its powers in such form, as to them shall seem most likely to effect their Safety and Happiness. Prudence, indeed, will dictate that Governments long established should not be changed for light and transient causes; and accordingly all experience hath shewn, that mankind are more disposed to suffer, while evils are sufferable, than to right themselves by abolishing the forms to which they are accustomed. But when a long train of abuses and usurpations, pursuing invariably the same Object evinces a design to reduce them under absolute Despotism, it is their right, it is their duty, to throw off such Government, and to provide new Guards for their future security.–Such has been the patient sufferance of these Colonies; and such is now the necessity which constrains them to alter their former Systems of Government. The history of the present King of Great Britain is a history of repeated injuries and usurpations, all having in direct object the establishment of an absolute Tyranny over these States. To prove this, let Facts be submitted to a candid world.