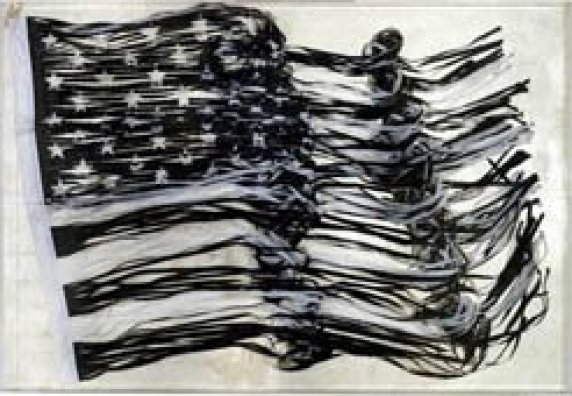 America has racial problems, but so does the rest of the world. Like slavery, classism, income inequality, and wealth disparity. Everyone worldwide faces these issues. They are not uniquely American, so why do we act as if they are?

Narrow Mindedness is not inborn or natural. We’ve learned intolerance, and we keep reinforcing these divisive lessons in America. These are lessons that begin soon after birth and continue throughout our lives. Our charge is to interrupt the continuity of these messages and change the tone from biased to inclusive.

I believe the current unrest is, in large part, a result of media interference. I don’t want to whitewash the racial issues we face in this country; to the contrary, I believe we need to work diligently to remove the walls and bridge the motes between all parties involved. I think that our media intentionally misrepresents these events to their own ends by blowing them out of proportion.

It’s impossible to ignore the tsunami of bullshit from the media these days. We cannot ignore the deluge of disinformation and misinformation gushing from multiple sources. The internet is now a burgeoning media source with even more nefarious goals. There seems to be an inexhaustible wellspring of bad news and worse news and horrific news. Don’t overlook the impact of intentional misdirection and disinformation campaigns from enemies at home and abroad. Each story more impactful than the previous but nowhere near as earth shattering as the ‘breaking story’ they are about to present.

The flood of these sensational stories never slows. We hardly have time to process what we see and hear before the next mind-blowing misinterpretation of reality begins. You don’t need to understand, because our expert panel is about to tell us what it means and how we should react to this monumental revelation.

Unfortunately, there is no disclaimer preceding the expert’s or panel’s comments to advise that what follows is an ‘opinion’ and nothing more. Their emotional conviction and earnestness convince us that this is the absolute truth. Their position alone lends credence to the comments. This cavalcade of carefully vetted pundits reinforces the political leanings of the media corporation owners and the sponsors they attract.

Media outlets are businesses driven by advertising revenue. The more market share (viewers) they control, the more they can extort for air-time. Keeping you glued to their program is the key. Air-time equates to dollars for them. As an example, in 2019, a 30-second Super Bowl commercial cost $5.25 Million. The top prime-time spots for a 30-second ad on the big networks exceed $600,000 — the off-time prime-time 30-second ads cost an average $225,000 on the BIG FOUR networks.

If I were Asian or Hispanic, I would be indignant about the overt pandering with Black centric PR. This biased advertising reduces America to only two races; Black and everything else. Where is the equity in this? Isn’t this blatantly racist?

All of the arm-waving and over dramatization of these problems does nothing to resolve them. In fact, the converse is true. People become so beleaguered by the onslaught that they grow tired of the cause; they gave up. Most of America rolls over from exhaustion. Over-dramatizing these problems alienate the people who could help.

Not every problem in America is about race, although that’s what the media lead you to believe. It’s not about equality. It’s not about gender bias. It’s not about anything but grasping for power. The cause leaders know that keeping their current crusade in your face fortifies their movement. The more air-time they get from the media, the more credibility they have with their constituents.

Dramatic and emotional demonstrations are more engaging and will garner more air-time. If you throw in some police or military interactions, you make the next major news cycle. Weeping and poignant pleading make for excellent copy, too. Rioting is the icing on the media cake. If there is serious violence, it makes the ‘media video loop’ playing continually in the background.

This media attention level leads us to think that violent disobedience is the best tool to raise awareness. All it creates is more drama. Gandhi and Dr. King used passive resistance successfully. They attracted the attention of the right people, and things changed. Yes, it took a little longer, but fewer people were injured, and little property was damaged.

When peaceful demonstrations turned violent, the message changed to militant anarchy. Riots ensued. People died, and property loss mounted — a chasm developed between the parties that could not be bridged. Today’s’ demonstrations are a testament to this. The movement’s objective and purpose got lost, along with the power in a meaningful, peaceful dialog. The winners in these situations were the media, not the causes and not the people most affected.

A mention of the Civil Rights Movement conjures memories of violence and rioting in major cities across the United States. Few people recall the reason or purpose for the demonstration — only the aftermath. Congratulations media, Black Lives Matters just joined the negative association list.

Mention Black Lives Matters, and what comes to mind? Militant gangs of people looting and pillaging cities across America. Activist groups are destroying their neighborhoods, systematically depriving themselves of necessary infrastructure, merchants, and shops. The videos expose the real racism.

There is a conspicuous absence of white people. What message does this reinforce? Could this message from the media support the racially disproportionate incarcerations? Are these videos the reason there is growing disapproval and distrust for the cause?

This constant pummeling makes me feel guilty even though I don’t have any reason. I still question myself; am I like that? Am I a racist, bigoted, misogynistic, erudite, elitist, criminal? NO! I’m not! Well, maybe erudite and elitist.

I carry the baggage of a normal white male from a conventional family, lower-middle-class income, and an average background. I received an excellent conservative parochial education. I went to college, etc. I volunteered for the military during the Vietnam War. I grew up normally.

It’s unfair and unjust to hold me accountable for the sins of past generations. No one in my family owned slaves. They didn’t arrive in American until the Civil War ended. How am I responsible for the actions of previous generations of the white race?

Equal Employment Opportunity is a principle that asserts that all people should have the right to work and advance on the bases of merit and ability, regardless of their race, sex, color, religion, disability, national origin, or age. None of the definitions I found say anything about giving anyone anything or entitling anyone to anything. It infers that you take the initiative to work for what you want. I don’t owe you anything, including respect, which is earned not given!

Here’s how we fix the problem.

The resolution will take work and sacrifice. I’m not talking about more marches and protests and arm-waving, but serious changes to mend the torn fabric of this country. We’ve ripped the flag into hyphenated strips. Each has an identity that is separate and nearly indistinguishable from the original. There are now ribbons of color on the pole where ‘Old Glory’ used to wave. They’re not Red, White, and Blue but every color of the rainbow.