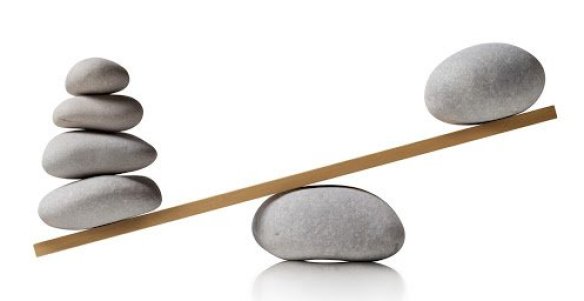 If Republican is Red and Democrat is Blue, shouldn’t we have purple too? Every natural system operates in equilibrium. Does this mean our two-party political system is unbalanced? YES!

There needs to be equity in our political system instead of constant dissent. I thought the purpose of a representative-republic was to give voice to the people, not to create a venue for contention or to advance the fortunes of a few well-placed politico’s. I am wrong again. This system devolved into a coliseum for self-aggrandizement and chest-beating.

Where is the middle ground? What’s in it for us? Of course, there are a few people in Congress with a constituent centered political view; however, the partisan approach to government is an all or nothing rather than a public service-oriented perspective for our country. They quickly learn that compromised ethics are the price of admission. Our legislators must consider what’s best for the country, not just for themselves.

Like everything we’ve created, the two-party system is imperfect in concept and horrific in execution — the intent to provide representation was insightful, but allowing it to degenerate into this circus of accusation and innuendo is outrageous. What our founders didn’t see coming was how power-brokers would pervert this system to their ends.

Here we are today. The checks and balances are gone. Politicians run our country for the 1%, their significant contributors and financial base, and do little for the people they should represent. That would be us, the majority, the remaining 99%. My point is that these people are not poor. There is no fair representation from members of the financial elite. Which of our misrepresentatives are blue-collar republicans?

There is no balance in a system based on two parties. Especially two parties diametrically opposed politically. It’s as though the war of Northern aggression continued from the outdoor arena to one in the houses of government, continuing unabated, maybe even escalating. Is this our New Civil War? We could easily change the colors to blue and grey. The divisions and geography would be different, but we would still have two opposing sides squabbling over nebulous and inconsequential matters, which increase government power at the expense of the people. The one sure thing is that they will do everything, anything to ensure they remain in control.

What I see in the government is anything but civil, especially the partisan stance in our legislature. Rather than concern for their country, they battle to discredit the other party. How does this serve the people of our country?

My observation of the natural world and systems, in general, is that harmony is most important. Everything in our universe is balanced, and when that balance is upset, the cosmos attempts to rebalance itself. Think of a gyroscope. If you try to tip it over, it rights itself. So it is in nature.

Our environment, especially our eco-system, is entirely out of equilibrium. We continue to pump millions of tons of pollutants into the air ruining our atmosphere and endangering our health and that of our planet. Regardless of your stance on global warming, the problem is catastrophic. We wast water as if it were a limitless resource. It is FINITE! The air we breathe is another limited resource, yet we think nothing of continuing to spew noxious gases from almost everything we use, especially our power generation and transportation systems.

I’ve heard that there is no future without nuclear power, but even this is an alternative with extended costs. Solar and wind power generation are more ecologically friendly but require substantial financial investments to replace our fossil fuel generators. Several European countries have made a successful transition to alternative forms of power. I wonder why it’s taking us so long to move. After all, we are a leader in technology. Maybe it’s like healthcare; the solution is worthless if we didn’t invent it.

It is time we shift our focus from profit at the expense of our planet to investing in fixing our world. If we approach this as an opportunity to repair the damage we’ve done and to correct our foolish choices, we could turn this around. We could even create a few jobs and share the wealth. It could be a win-win proposition.

Here’s what I propose.

All is not lost America. There is hope, and there is a way to make our country work for us, but it will take our direct participation. The first step is to educate yourself and your family. Read about our country and how it operates. There are excellent books available in libraries across the country. Discuss what you’ve learned over dinner with the family. I know, what I’m suggesting seems like ancient rituals, but they work. Turn the television off and discuss what you read during your evening meal.

I recommend reading because the information you gather allows you to form personal opinions and to develop ideas. Sharing these ideas with others gives them substance and clarifies them. You learn how to think and to express your views.

Ignore the news media because they have an agenda. The days of honest reporting are quaint rumors of times long past. Media moguls control the message and the spin. You hear what they want you to hear, and you know what they want you to know. It is all carefully crafted to present their interpretation of the events and to keep you entertained not to keep you informed.

The more you know about your government, the more powerful you are and the better choices you can make.

Take Back America and bring it back into balance.